Our Aussie Giveaway Linkup now with added co-hosts. It’s kind of like throwing in a set of FREE steak knives and a salad bowl, enabling us to bring more to the table. It’s what you might call a WIN WIN if you are hosting a giveaway this month or a WIN WIN WIN if you just love to WIN prizes!

Last night Adele kicked off her Australian tour in Perth and being a Perth girl and a huge Adele fan, naturally I wasn’t there. What? I know, I’m kind of surprised myself.

I had big plans to purchase tickets and make a night of it but for some strange reason it didn’t happen. Go figure. Especially given it was just over a week ago that I attended the Guns N Roses concert at the same venue and I’m not even into Guns, that’s more hubby’s thing.

I’m still toying with a blog post for the Guns concert but it goes a little like this… 20 times I thought about triggering the SOS alert feature at the GUNS N ROSES gig in Perth. Possibly a tad controversial given some of the elements I will share and definitely more than a mouthful, which is what a felt like giving to certain members in the crowd. The show itself surprised me. Hubby may have converted me to the darker side of music. It only took 23 years and a Guns N Roses concert to do it.

Right now though, I’m still very much grieving Adele and avoiding all the social media shares from the night.

I tried my best to WIN last minute tickets for Adele’s Perth show. I was certain they had my name on them. They didn’t. Instead I kept my existing commitments and attended a VIP event at the bar before a movie preview for A Few Less Men. It was still a great night. It almost took my mind off what I was missing. Almost.

That’s one good thing about Perth right now. On any given night, there is always something on offer. Usually more than something.

Take this Friday, we have Matilda opening at Crown Theatre and the opening night for Urban Couture 2017 – Elle Campbell Art Exhibition with the City of Joondalup. Earlier in the day there is the Sculptures by the Sea media launch at Cottesloe beach. And that my friends, is just a small snippet of what is on offer for the start of the Labour Day long weekend here in Perth. There’s so much more on offer in between and over the entire weekend. My head is spinning.

I’ll be celebrating the long weekend like a Queen, thanks to Queens Hotel, with flamingos, cocktails and DJ sets all weekend long. Add to that $10 Mojitos, $10 Mumm and $2 oysters (Sunday through to Monday), as well as a special brunch menu Sunday and Monday from 9am. I might just need to set up camp. 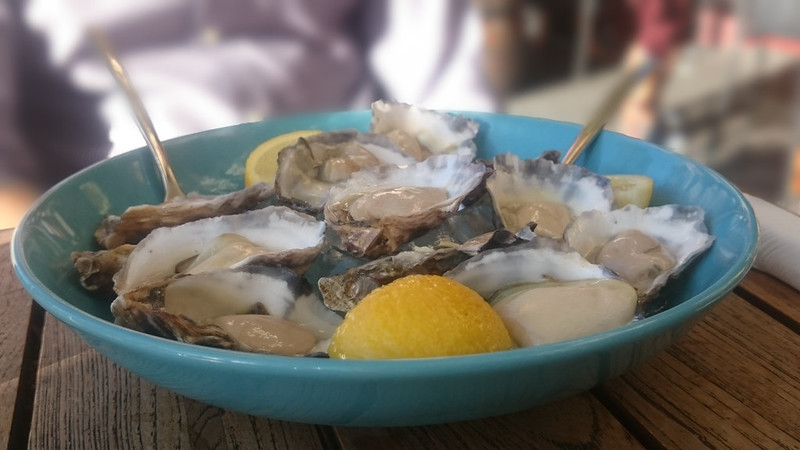 Before we get to the weekend though, there’s also a new Friday in town, it’s called… wait for it… Thursday. I know… strange but give me a second to explain.

THURSDAY, THURSDAY, GOTTA GET DOWN ON THURSDAY

The City of Perth are currently promoting #letsthursday like it’s Friday in an effort to get more people into the city on a Thursday. Over 50 Perth food & drink establishments have jumped on board with special offers {you can view them all here}. There’s a little something for just about everyone, which has the city looking very much like a happening Friday night, on a Thursday.

For me, the whole #letsthursday game plan kind of falls apart if your Friday starts at 3 or 4 am, like mine has the past few weeks. An early start doesn’t mean an early finish either. So with so much on, on a Friday, I’m sadly back to doing Friday like it is actually Friday (which means… work, work, work, work, work) and also giving Thursday a big miss.

While I missed out on winning Adele tickets for Perth, you might be lucky enough to score some for other states. Mum Central have teamed up with their sister site, Mum’s Pantry (HERE) and currently have 4 x Double Passes up for grabs to Adele’s concerts in Sydney, Melbourne, Brisbane and Adelaide. I might need to enter for Melbourne or Adelaide and find myself some flights.

Speaking of winning, it’s now time for this month’s giveaways so let’s all march to it.

If you are an Aussie Business or Blog running a giveaway this month, this is the place to link up.

Joining me in 2017 for our Aussie giveaway linkup is Kell (All Mum Said), Jody (Six Little Hearts) and Felicity (The Baby Vine). You can read more about my gorgeous co-hosts, grab our official banner (optional) and revisit our linkup guidelines HERE.

NOW… I’ve shared a little part of what’s on in my neck of the woods this week, I would love to hear about what you are up to!