Our email subscribers will already know that I’ve been playing a long winded waiting game with the latest production from Black Swan Theatre Company. A state wide lockdown together with a close to sold out season pushed my cancelled February preview of The Cherry Orchard to the last few days of the show.

Last night was finally the night and I’m pleased to report it was more than worth the wait. So much more!

With only a couple of days remaining for this now sold out production, this is one of those rare occasions where I could feel comfortable sharing a blow by blow report of the entire production because effectively any review, as well as hints and tips going in, this late in the game seems rather fruitless. Regardless, blow by blow accounts or providing spoilers isn’t exactly my style.

On this occasion, It’s probably best to give you a brief rundown and then I’ll look to re-share some of my favourite picks from the Black Swan Theatre Company’s upcoming season for our next Worth Casing Wednesday newsletter. With restricted seating, most shows are selling out soon after tickets become available, so if you see anything you like snap tickets up while you can. Starting with Playthings!

If you are seeing The Cherry Orchard this week, please touch base, I might just have a couple of tips for you.

It’s a family emergency. Rani’s losing the plot. Literally. The Balmoral apartment’s been sold, and the St Kilda fling’s cactus. Anya’s dragged her mum across the Nullarbor back to Manjimup.

With BBQs firing and champagne flowing the debts are starting to mount. It’s a total clusterf@%k, pardon my French. The estate’s gonna have to be auctioned.

The Cherry Orchard is the last play by Russian playwright Anton Chekhov. Written in 1903, it opened at the Moscow Art Theatre in a production directed by Konstantin Stanislavski, in 1904.

The play revolves around an aristocratic Russian landowner who returns to her family estate (which includes a cherry orchard) just before it is auctioned out from under her to pay the mortgage.

This classic piece of theatre has been adapted and produced as well as studied at length around the globe.

Described by Chekhov as a comedy with elements of farce there’s an undercurrent of tragedy no matter what language or adaption. This adaption by Adriane Daff and Katherine Tonkin with Clare Watson directing gives an 80s Aussie makeover to the play with interesting and relatable results that will pull at your heartstrings in one breath and have you laughing out loud in the next.

It’s the 80s elements including the music that plays an integral part in setting the scene and in turn bring a nostalgic high to the proceedings. No matter where you sit when it comes to the 80s, you’ll find yourself dancing along in your seat as well as hitting the link to their 80s Spotify playlist on the drive home.

There were more than a few familiar faces in this production. Although, I can’t recall having seen the cute dog, that stole the limelight each time he made an appearance, in anything before. Despite the initial familiarity, I didn’t struggle to disassociate actors from previous productions or characters.

Individual performances were transformative and each member of the ensemble deserves more than a mention. I certainly couldn’t single anyone out, this was a collective effort with everyone hitting their mark and bringing something to the table. It makes for one evocative production.

The loveable George Shevtsov as ‘alive for a long time’ servant Firs. Emily Rose Brennan as housemaid Dunyasha (I’m pretty sure she borrowed my 80s wardrobe for this performance).

And how could I forget Arlo the Cavoodle?!

The casting selection for this production was as diverse as it was impressive. Some characters were understandably more relatable and loveable than others but you couldn’t fault a single performance. Not even the dog.

I’ll discuss the ensemble further for our member only debrief after the season close, as well as look at the writers behind this adaption (Daff & Tonkin) who impressed me with their performances as Adriana in Xenides back in 2018. This latest offering has me looking a lot more closely at their body of work to date.

We start our foray into family drama and dysfunction at the manor ballroom for Act 1 and return to the scene of the crime (so to speak) for Act 4.

With Acts 2 and 3 outdoors, going in knowing there had been a few nights cancelled due to bad weather, I was surprised there wasn’t a wet weather continency plan in place. Aside from cancelling. Having come out the other side, on a perfectly fine night, I can easily see why.

The Sunset Heritage Precinct is without a doubt the perfect setting for this production. The specific locations chosen within the precinct as a backdrop for each act just add to the atmosphere and help set the scene. With the river as a backdrop, the aroma of sausages cooking on the BBQ wafting through the air and the remnants of the disappearing sunset trickling through the trees, during a sunset scene in Act 2, it’s hard to believe that this wasn’t the initial chosen venue.

I believe Covid once again factors in here with the original 2020 production scheduled for The State Theatre Centre. Once postponed and with venue restrictions in place, organisers were forced to look at new venues before settling here. It’s far from settling though.

The Sunset Heritage Precinct in Dalkeith, which incidentally was built in 1906 under the name Claremont Old Men’s Home, is almost as old as this classic play. It easily helps set the scene and provides a more immersive experience. An element that you would have been hard pressed to create in a traditional theatre setting.

Take me to the River…

Now I know I’m supposed to review what was served up rather than what could have been. But as this isn’t a review post as such, please indulge me a little here, keeping in mind I didn’t get my usual debrief after the show and I loved the production so much I’m keen for conversation and a second sitting.

While the journey between acts to different locations within the precinct added to your experience and seemed to work for the most part, the holding pen wait we went into between Acts 3 and 4 seemed unnecessary and disjointed compared to the rest. I believe the wait, which I felt was close to ten minutes, was required due to set up between acts or possibly waiting on a ramp for wheelchair access (it was hard to tell) but I also wonder if it wouldn’t have worked better if we had remained in our seats a little longer. Continued to be entertained with light music and then ushered to the next venue when ready.

Speaking Usher direction… I’m not sure if it was just our night but I felt this could have been more obvious and better handled at the end of each act. As it played out, we were left sitting in our seats, awkwardly looking for direction after each and every set. Easily remedied by audience members taking charge and leading the way. There was certainly enough time between acts to not be rushed. Ushers were there to an extent to guide the way and I’m assuming they would have stepped in if everyone failed to move. I just would have preferred a dedicated usher possibly with a suitcase (perhaps marked ‘follow me’) that they could have picked up and carried, to take the lead after each act.

I also feel the play could have been even more immersive. Don’t get me wrong this is still an incredibly immersive experience. The nature of the location pretty much ensures this but there were a couple of things that could have added to the experience.

With current Covid restrictions already adding extra logistics into this mix, as well as reduced capacity at venues, there is also the threat of lockdowns shutting things down completely. Given local Theatre lost out for most of 2020, I’m just  grateful that we have productions of this calibre to immerse ourselves in. Until the Covid state of play changes, live theatre and The Cherry Orchard in particular could just be your passport to a little 4.5 (almost 5) star escapism. 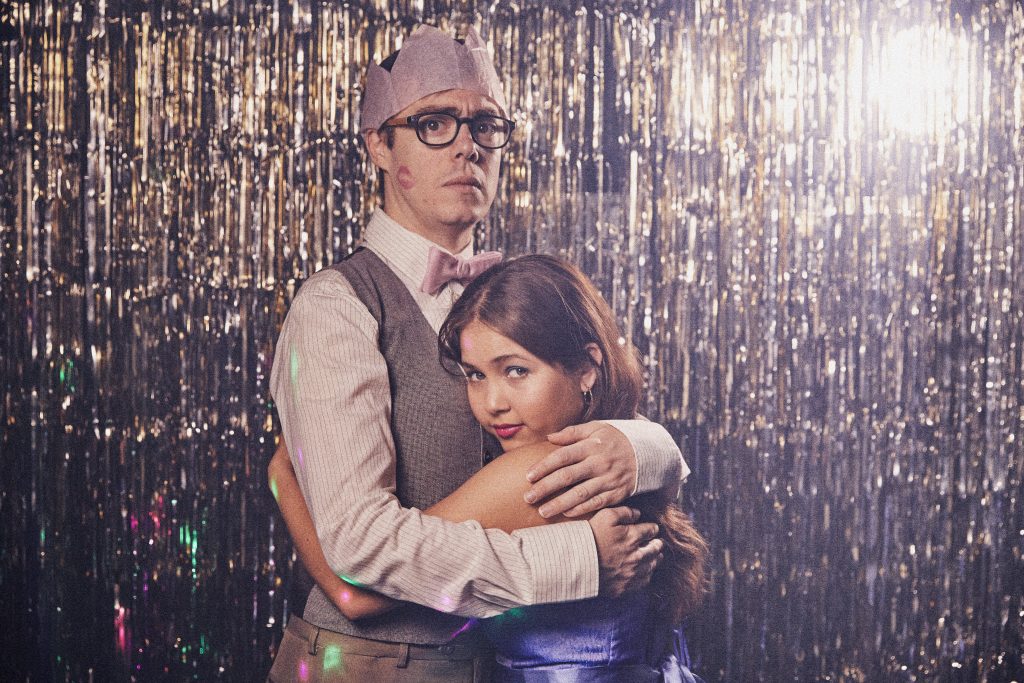 The next production coming up with Black Swan Theatre Company is Playthings. I was lucky enough to see the original production at The Blue Room Theatre (review here). I’m told the revised play is going to be even more impressive. Which has me looking forward to revisiting this one when it opens on April 29.

I’ll also be popping along to Heart of the Art Club at Vibe Subiaco on March 30 for a discussion with Director and Writer of Playthings, Scott McArdle and Executive Director of The Blue Room Theatre Katt Osbourne. YOU should grab your free ticket here and join me!