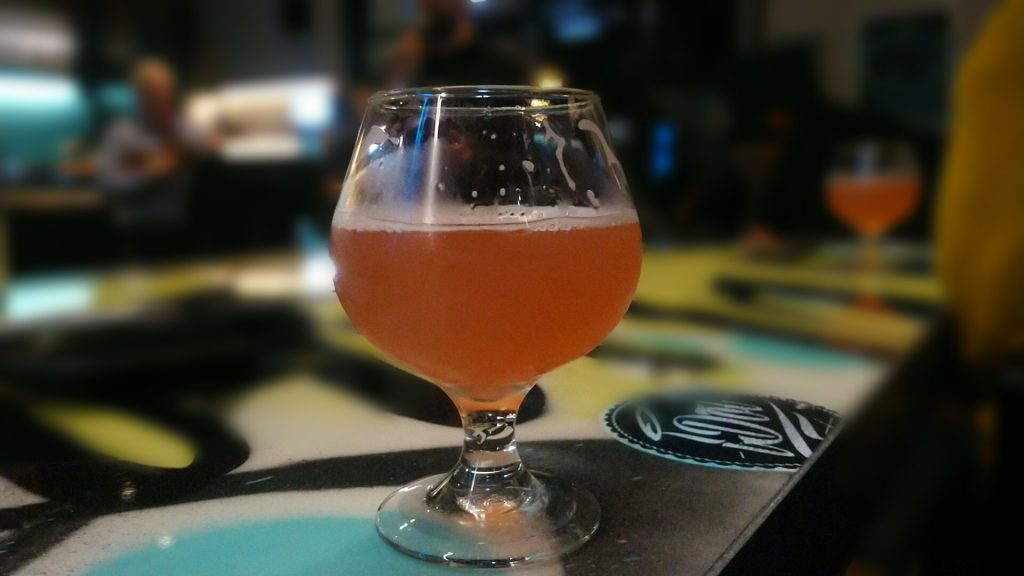 Let me introduce you…

I’m the first to admit, while an avid lover of classical and baroque music and having attended my fair share of world-class performances over the years, I’m no aficionado. The same could be said about my hubby when it comes to beer. You don’t need to be an expert in something to know what you like. Right?

I introduced hubby to this world when we were first dating in Sydney (back in the dark ages) and my work sponsored the arts in a big way. I was ticking boxes mixing work and play, while my partner in crime was ticking different kinds of ‘hubby material’ boxes by joining me. We often found ourselves at the Sydney Opera House and other independent venues in and around the city. It was hard not to be impressed.

While the performances themselves were exceptional on so many levels, I must confess, it was often rather stiff and long winded. Dress codes were to be adhered to, theatres were cold and uncomfortable. It was standoffish at best. Something to admire from a great distance with binoculars. Far from immersive. Even still, I felt strangely at home. The music transported me to another time and place.

I know back then, I enjoyed myself a lot more than my hubby to be but I appreciated his attempted enthusiasm. While hubby has been known to enjoy the odd classical performance over the years, up until recently I would have said to one and all that it’s certainly not his natural habitat and I would need to dangle more than a carrot to entice him back. Much like me, when it comes to any spectator sport.

What changed? Australian Baroque’s Coffee Cantata at Yahava Koffeeworks in the Swan Valley earlier in the year as part of Fringe Festival. An incredibly immersive experience that provided all the bravado on a more intimate and relatable level. It was easily my favourite Fringe show this year if not my all time favourite. Hubby felt the same.

It wasn’t just the coffee martinis talking that night, there’s something about the way Australian Baroque dish up these captivating performances, making them more accessible and relevant to a broader audience. Not to mention affordable.

Bach and Beer last week at Bright Tank Brewing Company was no exception. Thanks to Coffee Cantata, I didn’t even need to dangle the beer element of the night in front of hubby to get him on board.

Just going on the promo pic (see below) and our previous experience with Coffee Cantata, I initially entered the brewery half expecting period clothing. For this performance though the ensemble is dressed, the more modern day brewery part, in black shirt and jeans. It works just as well.

I likened the night to a speed date with the composer himself over generous beer tasters with an interpreter of sorts by way of  James Huntingford, who not only brings the keyboard and emcee goods to the table but the main star of the show as well (aside from the music)… his historical instrument.

Just to be clear, an actual instrument by way of harpsichord.  An instrument that truly does this body of work real justice. As do the rest of the ensemble with Krista Low (cello), Libby Browning (double bass), Alix Hamilton (viola), Paul Wright (violin), Jane Cameron (violin), Ciara Sudlow (violin) and Sara Macliver (soprano).

While the music was seamless and a complete joy to take in (both visually and audibly), the moments in between weren’t so seamless. Definitely not falling apart at the seams by any standard, just a little unscripted purely due to logistics and the time it takes to pour and distribute the beer to a full house in between performances.

It was these extended gaps that afforded emcee James an opportunity to enlighten and educate us, generally in relation to the next piece about to be performed but also the composer as well, with a little light banter thrown in for good measure. Part educational, part verging on stand-up comedy, all the while entertaining.

Once drinks were in hand James would pass the baton aka mic to the knowledgeable Gemma Sampson from Bright Tank Brewing who then talked us through the latest beer pairing. Four generous tasters with equally interesting back stories which again were as informative as they were entertaining.

Make a night of it! Arrive early and sample the menu on offer at the bar before the main course, Bach and Beer. Stay late. The beer pairings with each performance just whet your appetite for more and Bright Tank Brewing Co. offering an eclectic setting to immerse yourself in all things Bach and Beer.

Leave the car at home! There are four generous beer tasters on offer during the event if you opt for the beer component when selecting tickets. Not a beer fan? You also have the choice to just pay for a performance ticket at a reduced rate and then pay for your beverages of choice direct from the bar before the performance gets underway or after the event.

For the record, we opted to grab just one ticket that included beers and another without. This arrangement actually worked well for me because I’m currently on a low dose chemo trying to avoid alcohol and a whole host of other things at present but still keen to not be missing out. So my beer experience on this occasion was mainly through scent with a deep inhale and a slip on the tongue of hubby’s beers.

I’m one of those rare beings that has a nose for things so really didn’t feel like I was missing out too much with the beer sampling side of things. I wouldn’t normally suggest sniffing someone else’s beer during these strange Covid times but it’s almost acceptable under the circumstances given we’ve been married 25 years. Probably not advisable for first dates. I’ll let you decide.

No matter where you sit in terms of Bach, Baroque or Beer for that matter this is an exceptional evening. The past and present interlock impressively making for one mesmeric night out. The perfect pairing, Bach and Beer is definitely one of the more interesting date nights we’ve had in a little while where we’ve both walked away quite contented and more than impressed. We are both now keen to explore Australian Baroque’s other offerings starting with Vivaldi by Candlelight at Winthrop Hall. 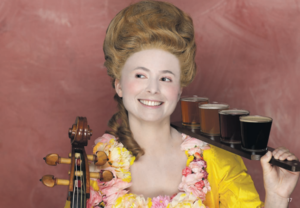