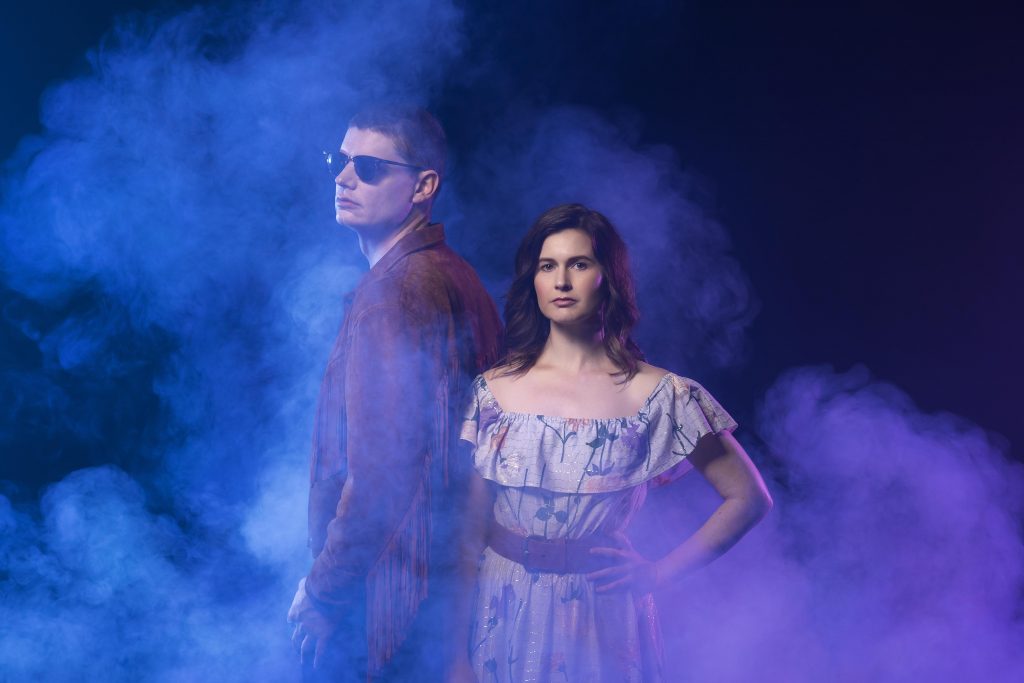 Lé Nør [the rain] from local theatrical company The Last Great Hunt is one of my favourite productions out of Perth over the past ten years. If not my favourite. I don’t often have time to revisit a show for seconds but even though I had 56 Fringe World shows on the go at the time and time was definitely not on my side, I tried my best (and failed) to secure tickets to a second show to this sold-out production when it showcased for Perth Festival earlier this year.

I keep hoping that Lé Nør [the rain] will eventually tour again so that I can revisit the brilliance and bring hubby, who was away at the time, along for the ride. One hell of a ride. Which means I was full of anticipation for Perpetual Wake, The Last Great Hunt’s latest production, on Friday night.

If at first you don’t succeed, lie, lie again or as I like to see it, in influencer terms… fake it until you make it. While this was the general tone of the narrative that unfolded on stage with Perpetual Wake, a new comedy about the stories we tell to hide our shame, the team behind this production have already made it in my eyes.

To set the scene, in part, social media influencer Fiona West has written a stunning debut novel: Perpetual Wake. When career maker-or-breaker aka professional reviewer Paul Creel reads it, he sees himself reflected in shockingly accurate detail: He finally feels understood. Impressed, he invites West for a “casual drink” just days before his review is published. As they chat, he is humiliated to discover the book was intended as a hysterical satire! Declaring a silent war, he determines to bury the book before the year is out.

In this hilarious new work, the award-winning writers behind The Advisors, Fag/Stag, Girl Shut Your Mouth and Minnie & Mona Play Dead plunge the audience into a surreal and shadowy wilderness of truth, lies, and psychological revenge.

As a semi-professional reviewer of twenty years, who occasionally delves into ghostwriting and has also had both “influencer” and “blogger” tags thrust upon me at different times, I found the opening dialogue of Perpetual Wake and the show in general equal parts hilarious to uncomfortable. Metaphorically speaking, I often felt the rifle pointing straight at me and the bullets piercing right through me when gunshots rang out during this performance.

Funnily enough, earlier that day I found myself happily donning the “blogger” cap for a perpetual wine experience at the Perth Royal Wine Awards. Basically, a warehouse full of award-winning wines there to be tasted, accompanied by some impressive award-winning food. All part of the Royal Perth Show Food Awards, which I have been a “blogger best” judge for the previous two years. It was a rather impressive way to start my day at 8 am, to say the least. Perpetual Wake opening night, on the other hand, now showing at Subiaco Arts Centre until September 7, was an interesting note to end on.

Full of LOL moments, I knew from the get-go with the reviewer and influencer tit for tat, I wanted to take my reviewer cap off for this one as I found myself struggling not to laugh out loud alongside a lot of the audience on opening night. There are a lot of laughs interlocked impressively with a more serious undertone that for me is open to interpretation and eventually hits you like a stray bullet where you find yourself wondering if this is a case of life imitating art or art imitating life, right to the end.

That thought provoking, we were still hashing over and discussing the ending two days later, as well as looking into seeing the show for a second time. Hopefully, a show that includes a Q & A session with the writers afterwards. Oh how I would have loved to have been a fly on the wall during the creation and development process of this production.

The fact the ending was changed three days out from opening has me almost wanting this to develop into a choose your own adventure aka ending option. Can you imagine the logistics for that? Having seen the complexity that was delivered so brilliantly in Lé Nør [the rain], if anyone could pull an ending of that calibre off it would be the creative team at The Last Great Hunt.

In the end though for Perpetual Wake, it was the witty thought provoking context which much like the massive and potentially tangling stage curtain entry and exits, almost gets lost in the often comical over the top delivery at times, a brilliant tactical manoeuvre in itself that only adds to the dynamic on stage, which has me thinking The Last Great Hunt is going to be one to watch and I can’t wait to see what comes next from this talented collaborative.

After a massive couple of weeks of reviews including Hugh Jackman, Hair the Musical, a handful of films and a book or two for Hachette Australia together with the Good Food and Wine Show, Small Talk Bar Foodie Dinner and Perpetual Wake, I now find myself craving a couple of days of perpetual sleep. Which is why I’m keeping this ‘review’ short and sweet. Hopefully, I’ve given you enough, without the need for spoilers, for you to know this production is most definitely worth casing while it’s showing at Subiaco Arts Centre until September 7th.