The Cunard British Film Festival is back for its fifth year with a blockbuster line-up featuring a spread of British cinematic delights from sweeping romances and beloved book adaptations, to intriguing music documentaries and pulse racing thrillers – all featuring a variety of British cinema royalty, as well as the next wave of British talent lighting up the screen. Thanks to Luna Palace Cinemas we have 5 double passes up for grabs. 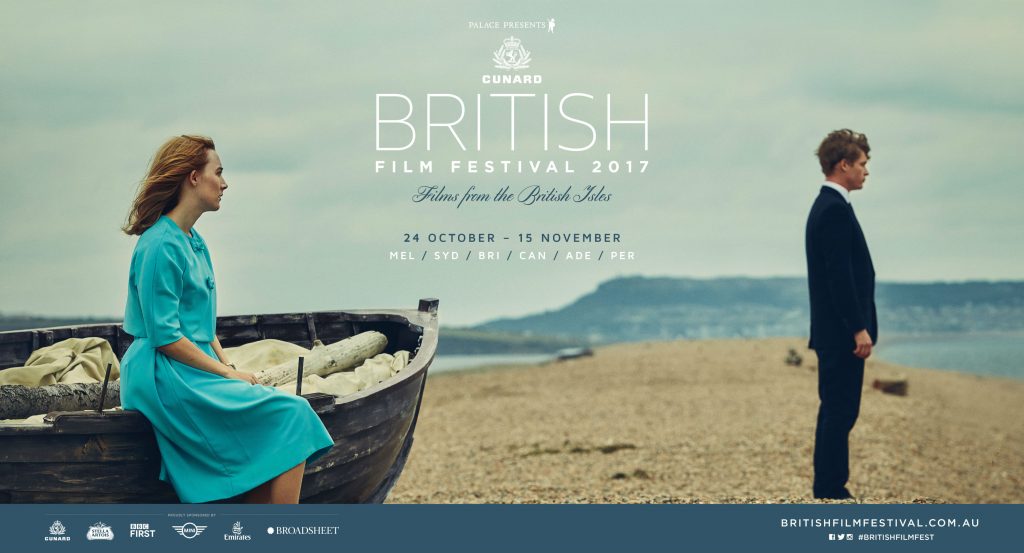 The Cunard British Film Festival, comprising of 26 contemporary and specially curated retrospective films that will screen nationally, exclusively at Luna Palace Cinemas, featuring some of the biggest names in cinema, as well as a host of rising stars, this year’s program promises to engage audiences with a diverse and riveting showcase.  As always, the festival line-up is impressive and if like most, you aren’t in a position to see every single film, you are going to have a tough time picking and choosing your battles films. If like me, you can only see one or two films this year, I would start with the special events… 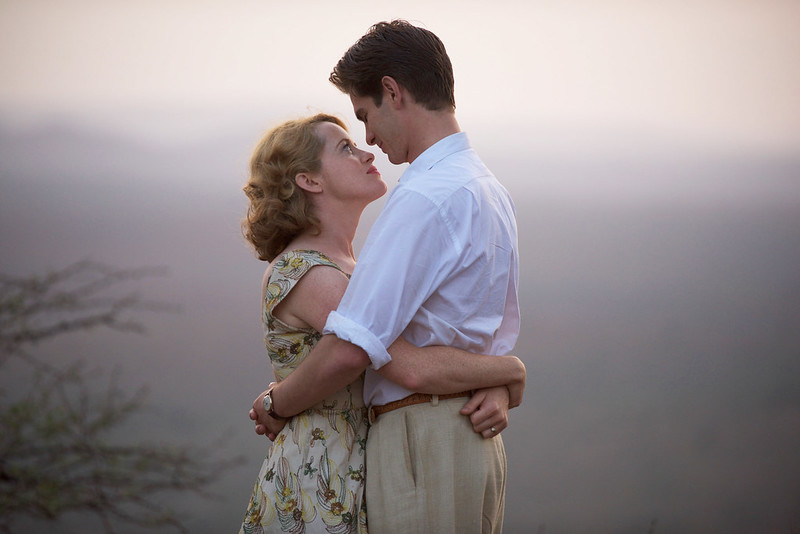 To celebrate the Opening Night of the Cunard British Film Festival in Perth, Cinema Paradiso is putting on a British affair, including Pimms cocktails, red and white wine, popcorn, British food from The British Catering Co and live music from Chris Ellers followed by the premiere of Breathe, the inspiring true story of Robin Cavendish (Andrew Garfield, Hacksaw Ridge) and his wife Diana (Claire Foy, The Crown) – a couple who refused to give up in the face of a devastating illness – and their love story that championed living every breath as though it was their last.

Earlier in the month we were treated to this film at the Perth media launch and while I personally found the film rather heavy and slightly depressing, it is certainly uplifting in parts, holds a certain British charm that is guaranteed to pull at your heart strings. 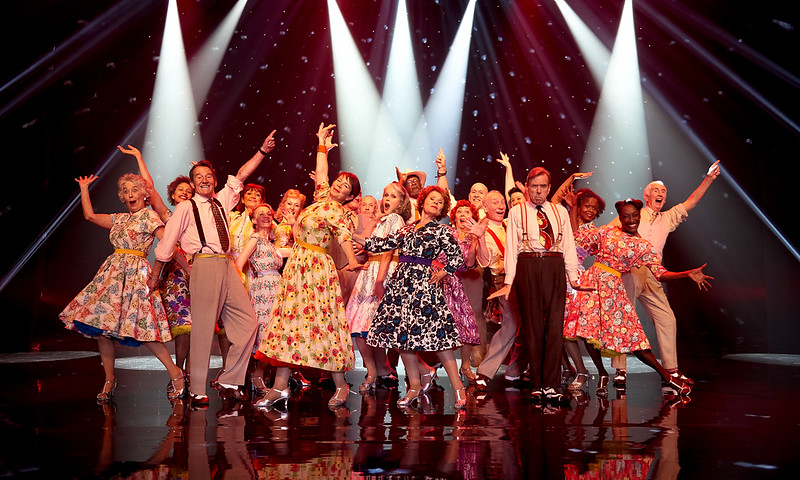 Closing the festival this year is the world premiere of FINDING YOUR FEET, a heart-warming romantic comedy that proves it’s never too late to start again. Starring Imelda Staunton (Pride), John Sessions (Florence Foster Jenkins) and Celia Imrie (Bridget Jones’s Baby), this feel-good film about a colourful group of defiant and energetic third-agers is filled with grand, old British charm and shows that retirement is, in fact, only the beginning.

Audiences are invited to step into the storied world of Manolo Blahnik with this special event screening of the must-see documentary, MANOLO: THE BOY WHO MADE SHOES FOR LIZARDS. Featuring interviews with Anna Wintour, Rihanna and Karlie Kloss among others, British fashion journalist and director Michael Roberts presents this never-before-seen peek into Blahnik’s world, offering an in-depth portrait of the legendary designer.

Other key highlights include: TULIP FEVER, a tale of art, beauty, lust, greed, deception and retribution starring Academy Award winners Alicia Vikander and Christoph Waltz; the directorial debut from former Royal Court Theatre head Dominic Cooke, ON CHESIL BEACH starring Saoirse Ronan (Brooklyn); the highly anticipated and delightful GOODBYE CHRISTOPHER ROBIN, a rare glimpse into the relationship between beloved children’s author A. A. Milne and his son Christopher Robin, who inspired ‘Winnie the Pooh’; and FILM STARS DON’T DIE IN LIVERPOOL, based on actor Peter Turner’s memoir and starring Annette Bening and Jamie Bell who vividly bring to screen the romance between Hollywood icon Gloria Grahame and her much younger lover.

The festival will also present screenings of THE EXCEPTION starring Christopher Plummer and Academy Award nominee Janet McTeer – an adaptation of Alan Judd’s novel about German Kaiser Wilhelm II’s final days spent exiled in the Netherlands during the onset of World War II; music documentary A LIFE IN TWELVE BARS, taking a look at the life and work of guitarist Eric Clapton; and set in a small town in 1959 England THE BOOKSHOP, starring Emily Mortimer, Patricia Clarkson and Bill Nighy, is the story of a woman who decides against fierce opposition to open a bookshop: a decision that becomes a political minefield.

MORE, MORE, MORE… SO MUCH MORE!

More titles in this exceptional festival program include:

From director Armando Iannucci – the Scottish-born, Oscar-nominated writer of In The Loop and the Emmy and BAFTA award-winning creator of Veep, I’m Alan Partridge and The Thick of It – comes THE DEATH OF STALIN, an acerbic send-up of the Soviet Supremo and his band of scheming bootlicks starring Steve Buscemi (Fargo), Jeffrey Tambor (Transparent), and Jason Isaacs (Fury).

The punked-out, sci-fi comedy HOW TO TALK TO GIRLS AT PARTIES featuring up-and-comer Alex Sharp, Elle Fanning and a deliciously rage-filled Nicole Kidman. 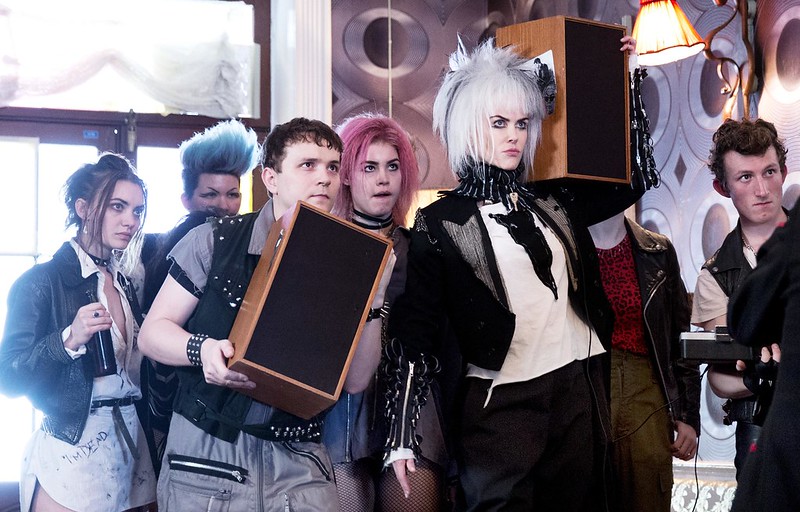 JAWBONE, the screenwriting debut of BAFTA nominated actor Johnny Harris (This is England), based on Harris’ youth as an amateur fighter and showcasing truly breathtaking and visceral fight scenes. 6 DAYS, a taut British thriller starring Jamie Bell (Billy Elliot), Mark Strong (Sherlock Holmes) and Abbie Cornish (Somersault), that tells the gripping true story of what happened when gunmen invaded the Iranian embassy in London in 1980.

ANOTHER MOTHER’S SON, the moving drama about Louisa Gould, a mother who risked everything to keep an escaped prisoner of war safe during World War II. THE JOURNEY, a gripping account of how two men from opposite sides of the political spectrum came together to change the course of history amid the decades-long conflict in Northern Ireland. The late Sir John Hurt (Tinker Tailor Solider Spy) and Freddie Highmore (Bates Hotel) co-star in this affecting and suspenseful historical drama.

MARY SHELLEY, the highly anticipated and scintillating biopic of the Frankenstein author, played by Elle Fanning. ENGLAND IS MINE, an amusing and evocative portrait of the early years of singer-songwriter Steven Morrissey, the uncompromising, Manchester-born musician and former front-man of seminal 1980’s band The Smiths.

Two-time Academy Award nominee Sir John Hurt also stars in his final role in THAT GOOD NIGHT, in which he plays a terminally ill writer struggling to come to terms with his own mortality, to rebuild the wreckage of his family and to die with some semblance of dignity. Adapted from N.J. Crisp’s acclaimed 1996 stage-play, this enthralling film proves director Eric Styles is a master storyteller at the pinnacle of his powers.

SWALLOWS AND AMAZONS, an enchanting new take on the beloved novel by Arthur Ransome, combining a great British cast with stunning locations and a classic story, this film is an exciting and heart-warming adventure that is a must-see for family audiences.

WE LOVE A GOOD MYSTERY… 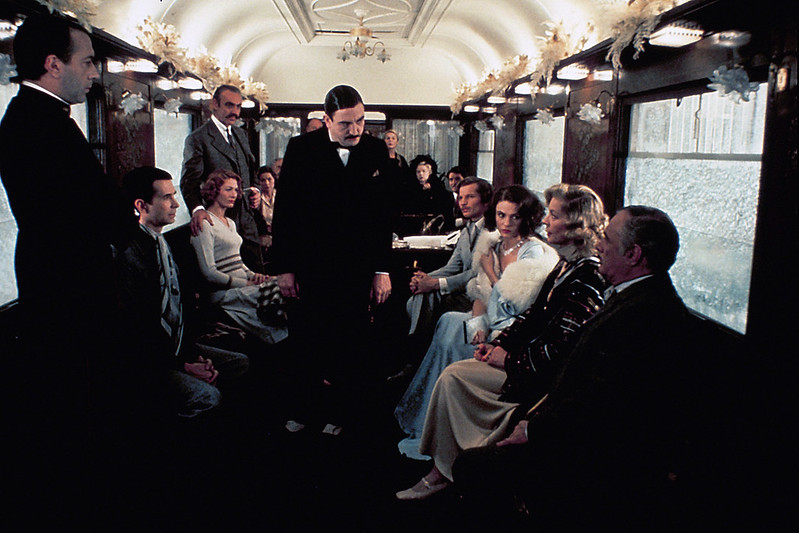 This year the festival is also excited to be presenting a specially curated retrospective, CLASSIC CLUES – SOLVING A BRITISH MYSTERY, a six-film program which captures the intrigue and suspense of a classic British mystery. Screening four Agatha Christie classics including MURDER ON THE ORIENT EXPRESS (1974), DEATH ON THE NILE (1978), EVIL UNDER THE SUN (1982) and THE MIRROR CRACK’D (1980).

The retrospective also includes screenings of VICTIM (1961), the brilliant mystery thriller that daringly smashed through 1961’s homosexual taboos; and the 50th anniversary restoration of Antonioni’s 1967 Cannes Film Festival Palme d’Or winning masterpiece, BLOW-UP (1966). As you would expect, we love a good mystery around these parts, so you could say this particular line-up has our name it!

Thanks to Luna Palace Cinemas, we are giving our members the chance to WIN 1 OF 5 in-season double passes to this year’s Cunard British Film Festival!  Just register your details by clicking on the banner below to be in the running. Open Australia wide, just head HERE to check dates and make sure you have a cinema near you, keeping in mind I will be posting tickets from Perth.

The Cunard British Film Festival presented by Palace Cinemas and Luna Palace Cinemas comes to Perth from October 26 to November 15 at Cinema Paradiso, The Windsor and Luna on SX.