To celebrate the return of Perth’s biggest annual comedy event, the Perth Comedy Festival, we’re giving away tickets to see Luke Heggie on the May 18th at the State Theatre Centre of WA. 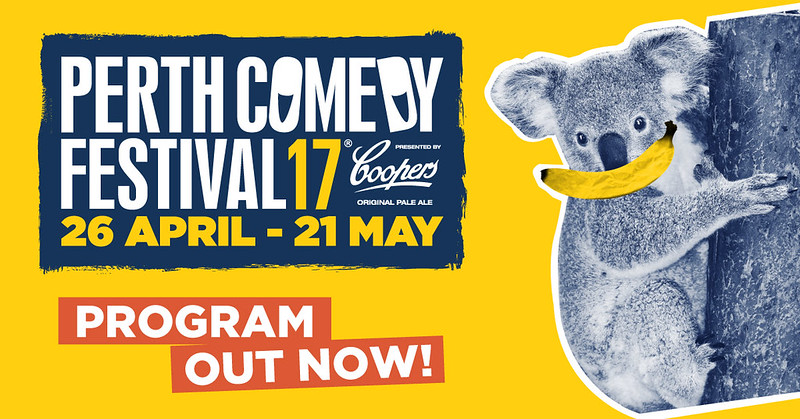 PICKING AND CHOOSING YOUR COMEDY BATTLES

With so many shows on offer and such an incredible line-up of talent this year, with little to no chance of seeing every single show, it comes down to picking and choosing your favourites. It’s a real battle though with such an impressive line-up this year.

Personally, having grown up with Julia Morris and been subjected to her style of humour on an almost daily basis (during school term), I like to think my comedy appreciation spans far and wide these days.

As such, I tend to approach my show selections for the Festival like a well balanced meal. Starting with some locally grown produce, then a mini feast on our home-grown Aussie talent before working my way up to something with a little more international flavour. That’s not to say that our local Perth talent is starting at the bottom, far from it…

The Perth Comedy Festival, kicks off in a big way with a huge GALA event. This special event, brings together international stars, local legends and emerging talents for a hilarious night of comedy at the iconic Regal Theatre.  With the May 3rd show already SOLD OUT and tickets for May 10th and 17th selling fast, you’ll need to whip your funny bone into action to secure tickets for this show.

I’ll be attending this one with bells on, which actually means hiding out in the back row in my invisibility cloak hoping that none of the acts require audience participation. I’m pretty sure there is an unwritten rule that people in the back row can’t be targeted. Right?

This far from traditional comedy show is back for another year with a new venue (State Theatre Centre WA). With an incredible line-up of ten comedic talents from the 2017 Festival, if you are only going to take in one show or you are new to the Festival or live comedy in general, this is possibly as good a place as any to start your Festival journey, especially given tickets start from just $15. At that price, it’s almost like the jokes are on them.

Michael Workman – Nothing You Do Means Anything – State Theatre Centre of WA, May 11 – 14

Luke Heggie returns with another harsh but apparently fair show about idiots. You can expect foul language and adult-ish themes.

If you are the kind of person who eats a banana with the string still on, you play competition frisbee, you wear velcro shoes despite being an adult with more than zero arms, you’ve changed your mind after a chef has begun cooking your meal, you’re in charge of a blog, your signature takes longer than 3 seconds to complete, you say “everybody” at the end of a lot of your sentences, you say “that’s a great age” about someone’s children, or you engage in unsolicited traffic direction, then do not come to this show.

I may or may not be in charge of a blog or three… so I guess this show isn’t exactly for me? Perhaps you’ll find me in the foyer in my velcro shoes, signing autographs while directing traffic. What do you think everybody?

Thanks to the Perth Comedy Festival, we have two double passes up for grabs to see Luke Heggie on May 18th at the State Theatre Centre of WA.

To be in the running for one of two double passes, just comment below letting me know…. if you were going to engage in unsolicited traffic direction anywhere in the world, where would it be and why?

Find out more at www.perthcomedyfestival.com

** We were gifted tickets for this giveaway ** I may or may not own Velcro shoes. I may have once played competition Frisbee. Hasn’t everybody?