Perth Hills aka Crown Theatre are well and truly alive with The Sound of Music this month as this enchanting production marches into town. 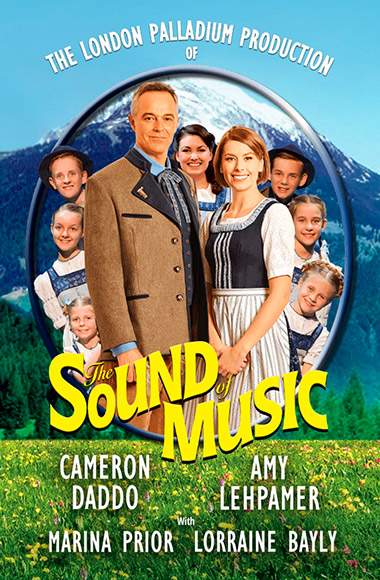 THESE ARE A FEW OF MY FAVOURITE THINGS…

On Saturday night I was delighted to be part of the audience for Opening Night of The Sound of Music at Crown Theatre and slightly apprehensive at the suggested dress code… Cocktail with a Favourite Thing. Cocktail dress can mean different things to different people. In the end, I opted for something simple, teaming my outfit with my favourite Jessica Bratich handbag. My gorgeous plus one for the evening, Jules from Zippy Zappy Life was far more glamorous.

I should confess, unlike Jules, who is a fan from way back, I’d only seen the 1965 film starring Christopher Plummer and Julie Andrews the once. Not being one to watch TV, I’d missed the almost annual reruns of this beloved movie. A movie set in Austria during WWII and based on the real life story of a nun (Maria) who takes on the role of governess for a widowed Austrian Naval Captain’s seven children and eventually becomes Captain Von Trapp’s wife.

As we flicked through the limited edition opening night program, it was lovely to see all the children for the Perth show were in fact local from WA, apart from Stefanie Jones who retained her role as the the eldest child, Liesl Von Trapp.

THE SOUND OF MUSIC

The delightfully talented Von Trapp children, certainly stole the show alongside Maria played by Amy Lehpamer. I don’t think you could have picked a more appropriate actress for the part of Maria. While not a complete clone of Julie Andrews, you do experiences glimpses of her. Starting with the voice and all manner of mannerisms. More than enough to impress the die-hard fans of Julie Andrews and the musical itself but still allowing Amy to make the roll her own.

I’m not sure the same can be said for Cameron Daddo who takes on the role of Captain Georg Von Trapp. While commanding in presence, I’m not sure if it was Daddo’s performance or down to a script, that flew through the romance but I was only just buying the change in tune when Maria supposedly melted Von Trapp’s heart. To me, Daddo’s accent as with Lorraine Bayly (housekeeper Frau Schmidt) wasn’t completely consistent, although I’m not sure that many noticed or felt that it mattered.

Marina Prior one of Australia’s most regarded leading ladies in theatre, certainly owned her role as Baroness Schraeder, the children’s potential step mother. Although I must admit, I found Baroness Schraeder far too likeable. I suppose I was expecting a slightly less likeable charachter, from what I remember of the 1965 film which has me wanting to go back and view the original movie.

I must confess, it wasn’t like I really needed an excuse to revisit the film, the music itself has a way of captivating you and you could be forgiven for leaving the theatre, grabbing a musical instrument and heading straight for the hills. 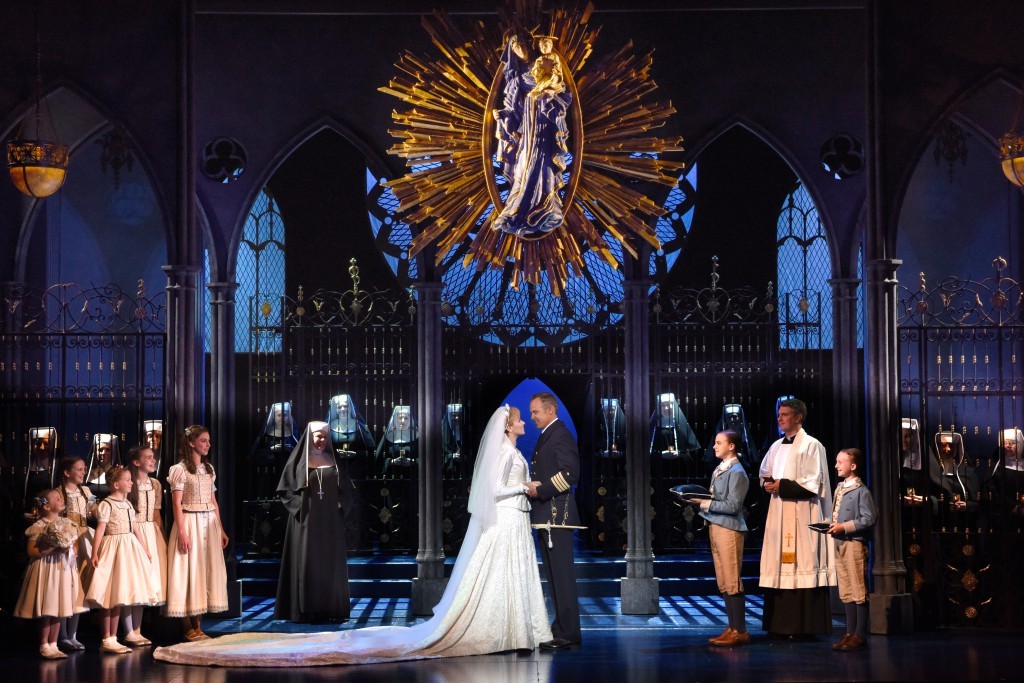 The set itself is simplistic in parts but overall visually spectacular. The wedding scene in particular is hauntingly beautiful. The nuns, led by Mother Abbess (Johanna Allen) not only bring a powerful voice and presence to the stage but a certain element of comic charm.

Just a little word of warning when it comes to seating for the Perth show. Stick to the middle. I thought we had pretty good seats in the lounge (row E, seats 9 and 10) however there was, being off to the side slightly, limited viewing in parts. The first being the opening performance by Maria. While I was completely captivated by The Hills are Alive, when Maria actually climbed that hill, she was out of my line of sight (and many others) during that scene. As was the case with a couple of other scenes. The poor people sitting in seats 8 and down jn my row and many rows behind would have had even less of a view.

How do you solve a problem of sticking (almost) to the original film without bringing into play swastika flags and Nazi soldiers storming the theatre with guns almost blazing, given the original is set in German occupied Austria during WWII?

You don’t. You just run with it, which can be rather confronting when it comes to the music festival scene. Almost making you feel a little hot under the collar as you watch the Von Trapp’s final performance and escape scene unfold. It also kind of made me think how eerie it would have felt if the entire audience had of dressed in period appropriate cocktail wear.
While there are slight variations to the original film, including the order of songs, the stage adaption, albeit confronting in parts, works. Although as I said previously, I did find the romance factor between the two lead characters rushed and a little disjointed as a result.

Regardless of if you are a die-hard fan or new to the production, this musical is definitely worth casing. Reading back, my review does sound rather negative and overly critical considering just how much I absolutely loved the production. BUT… that’s just me. Telling it like it is. Keen to create a conversation and hear how others found the show in the process.

I would definitely head back to see it again and again and again. It’s the music itself and strong performances from the children and Maria that draw you in.

It shouldn’t surprise you to learn that having only seen the film once, I knew all the songs and all the lyrics by heart. In fact, there is only one thing that would make this musical better in my eyes/ears (apart from the limited viewing in some seats) and that is an encore performance where the audience get to sing along. Now there’s a thought but right now… I’m off to the hills, with a few of my favourite things (aka my family) to sing my little heart out. Won’t my three teens love that.

Are you a Sound of Music fan? Strangely enough, I’m not deducting points for the limited viewing issues and giving the Perth production 4.5 out of 5 worth casing stars.

Just a reminder that Worth Casing Wednesday, the Aussie words, wordless and just about everything else in between linkup returns to the blog tomorrow. Hoping you can join me!

**I was gifted two tickets to opening night. As is always the case with my reviews, opinions, my choice of plus one and any crazy opening night antics are my own.