GHOST THE MUSICAL now playing at Crown Theatre Perth for a limited time. 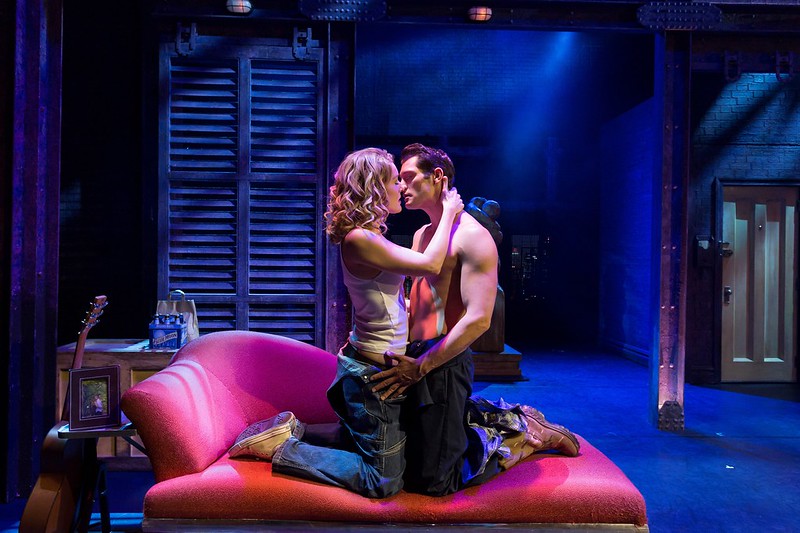 Are you a fan of the classic 1990 hit film Ghost starring Patrick Swayze, Demi Moore and Whoopi Goldberg and wondering if the stage show is worth casing now that it has hit Perth? Keep reading…

“A production of spectacular visual dynamism.

perfect for date night or any night”

Does Ghost the Musical remain faithful to the original movie?

I must confess, I’ve only seen Ghost (the movie) the once and my memory of the film is pretty sketchy apart from the iconic pottery wheel scene.  Who could forget that scene and the chemistry between Wall Street banker Sam Wheat (Swayze) and artist Molly Jensen (Moore).

This had me heading off to opening night of Ghost the Musical here in Perth, on Saturday night, full of anticipation but also wondering if I should have revisited the movie beforehand. I left the theatre feeling grateful that I hadn’t.

Not that the musical didn’t live up to what I can recall of the movie or if you love, love, love the film you are going to be left disappointed with the musical. Far from it. It was more a case of being able to revisit the story through the musical without too many preconceived notions or expectations to compare the two.

Often you find some of the movie magic can be lost in translation when it hits the stage. It’s safe to say, that amongst all the visually spectacular special effects, Academy Award winner Bruce Joel Rubin hasn’t swayed too far from the original screenplay.

The magic for me was by way of the perfectly choreographed, if somewhat simplistic, routines and the impressive never before seen in an on-stage musical special effects. Spirits miraculously ascending into the heavens, inanimate objects that magically fly around the room, people seemingly thrown around a moving train and ghost Sam’s ability to walk through a solid door. All visually captivating and delivered perfectly as part of the illusion that helps bring more of what could have been lost from the film to the stage. The bigger picture.

While I’ve called the choreography by Ashley Wallen (Kylie Minogue’s personal choreographer) somewhat simplistic, you find it interlocks impressively with the video special effects and bringing elements of the film to the stage and to life.

While I wasn’t there comparing, I did find myself underwhelmed by the pottery scene. I’m not sure if it was a lack of chemistry between the two leading actors in this particular scene or the segment was cut a little too short but I found it didn’t have the same impact on me as the film. It was lacklustre at best. As were the initial scenes where we are introduced to Molly and Sam. Once again, I can’t pinpoint it but I just wasn’t buying the love factor here. It was all a little too rushed as the video special effects tried to get us all up to speed.

You couldn’t fault the leading actors Rob Mills (Sam Wheat) and Jemma Rix (Molly Jensen) who I thought were well paired both in terms of stage presence and vocals. There was a definite chemistry between the two, for me though, the show and the great love between Molly and Sam really came to life oddly enough, following Sam’s death. A death that for anyone that knows the story sees him stuck in ghost limbo until he solves his own murder and sees the love of his life Molly out of danger.

The entire cast and crew deserve a worth casing mention but the true stand out performance of the show for me and what seemed like most of the audience, on opening night, was Wendy Mae Brown playing Oda Mae Brown (the role made famous by Whoopi Goldberg). The phonier than phony shopfront psychic who miraculously finds her psychic ability in order to reluctantly help ghost Sam communicate with Molly. Brown owns the role and the stage bringing a real depth and comical presence with her. 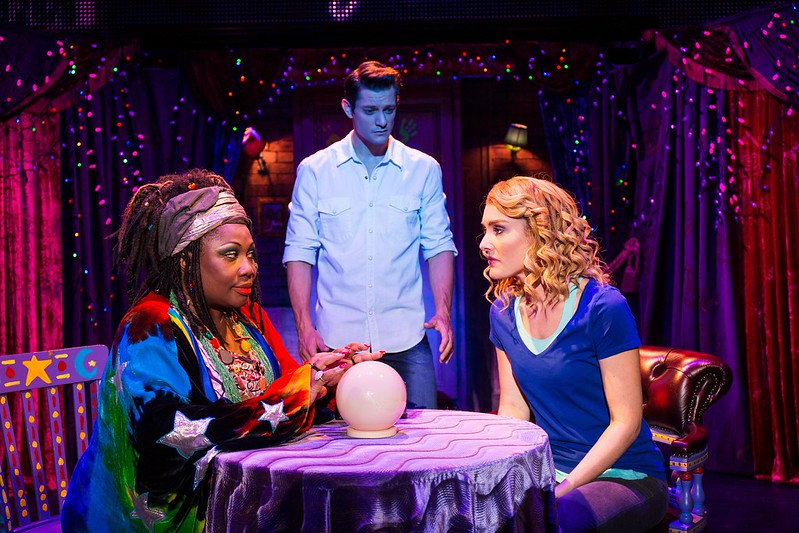 David Roberts as ‘Carl Bruner’ (direct from his UK tour of Ghost) has a certain charm but in the end, he is far too convincing as the bad guy. As is Ross Chisari who plays mugger and murderer Willie Lopez.

The subway ghost played by David Denis had more than a few people talking afterwards. I found his performance given the special effects, choreography and style of rap electrifying. While you couldn’t fault his performance, there was some discussion about how the whole subway scene played out.

I honestly think I’m going to need to revisit the film before I can contribute to that particular conversation and who knows I may just revisit the musical before it ends its season here in Perth.

Regardless of whether you are a fan of the film or not, Ghost the Musical really is worth casing!

If you are thinking of heading to see the show, why not make a night of it. There’s so much on offer at Crown Perth at the moment, you could even make a weekend of it. I highly recommended casing the La Vie Champagne Lounge’s Seafood and Sparkling deal for two at just $55 beforehand and if you are seeing the show on a weeknight, head over and case the $10 espresso martinis from Bistro Guillaume.

Have you seen the musical? Did you think it remains faithful to the original film?