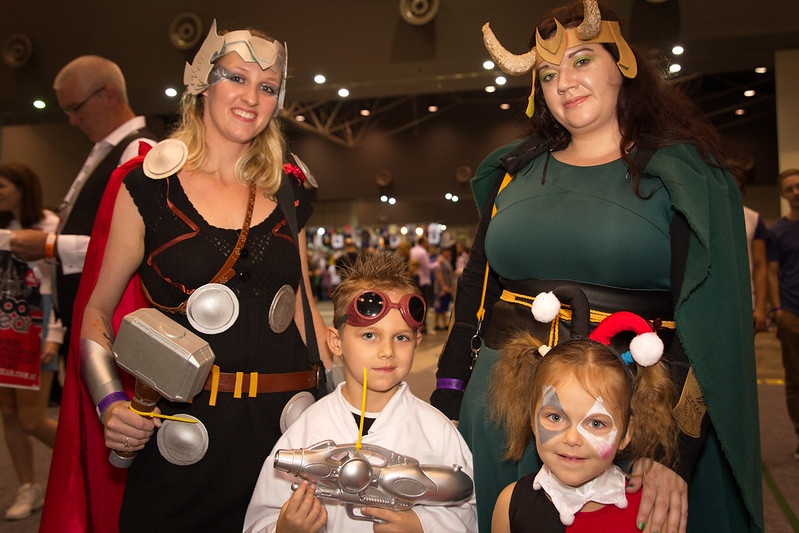 It might surprise you, considering lately I’ve been hopping from one stylish or arty 18+ event to another but I’m a mum first and foremost (just not one of the super fun mums pictured above). I must confess, with the girls so much older now  (15, 16 & 17… yes I had 3 under 3), with all of us pretty much heading in different directions at the same time, my ability to play fun mum and our scheduled family fun days, have fallen by the wayside.

As a family of five, we also have very different tastes. Which means finding an event or an outing that ticks all the boxes for everyone in the family can be hard. Take shopping… oh how I love shopping. You only need to look at my Instagram feed to know how much I like to shop.

Annoyingly my love of shopping isn’t hereditary or contagious.

I tend to approach shopping like research and development. It’s always a YES from me when shopping is involved… and it’s much the same approach for two of my daughters. With hubby and a child who shall be disowned  remain nameless digging their (purchased by someone else) heels in at the slight mention of shopping, unless of course there is a self-serving purpose to the expedition and it involves a quick in and out grab. Which oddly enough is how I like to approach the chore of grocery shopping and hubby tends to approach… well let’s leave it at that shall we.

With hubby away a lot at the moment with work and the girls growing more independent by the day with social lives I can hardly keep up with, I’ve been trying my best to come up with quirky ways to spend time together when we actually have the time. I must confess, with us all having such different interests and tastes, I’ve been failing BIG time.

Oz Comic-Con is coming to town!

Kicking off in Perth – 2nd to 3rd April, then Adelaide – 9th to 10th April and Melbourne in June. Followed by Sydney and then Brisbane in September.

A family and budget friendly event that actually appeals to my entire household. Who knew? An event that I tend to overlook each year and leave it to the hubby and girls, who go without fail each and every year.

This year as I’m trying to win the coolest mother of the year grasping at straws, trying to hold on to my little family as they grow up in front of my eyes, I’ve been looking at Oz Comic-Con with a new and improved set of eyes. So much so, that I’m really looking forward to unleashing my inner geek when Oz Comic-Con rolls into Perth town for the first of five rather cool events across the country.

I’m not actually convinced my inner geek was ever actually on a leash, more in hibernation mode at the insistence of my family who do the whole geek thing so much better than me. My girls also feel I need to find a new word for ‘cool’ because according to them, it is rather uncool to be using the word cool. OK COOL… got it?!

While I would have loved replying with… “I’m too cool to be re-schooled”, I’m slowly coming to the realisation that I’m really out of my daggy depth here. Which means, I have just over two weeks to get up to speed before the Perth event. At this point though, I’m thinking not even a time travelling Time Lord that looks suspiciously like a dreamy David Tennant is going to save my Kevin Bacon here. I’m sonic screwdriver screwed.  Is that a thing? I’m saying in my not so cooler than cool way… YES!

I must confess, this actually reminds me of the first time I hit the red carpet at the ARIA awards in Sydney which was possibly around 9 years ago, rather clueless to who was actually who in music at the time, especially given the whole Australian Idol element and the fact I didn’t watch one scrap of TV.

My in the know music friend, knowing me well, rather graciously made up a mixed CD for me (aha not showing my age and mentioning mixed tapes… winning) that included most of the lineup of music stars for the night.

Despite her efforts, I remained clueless of my up close and rather dangerous encounter with Dean Guyer. It was only when my Australian Idol mad, Dean Guyer lovin’ sister (and plus one for the the night) stopped hyperventilating, after practically running the poor guy off the road mid photo shoot, to clue me in about who he actually was, that I was up to speed. Who am I kidding, I still had no real idea and the entire evening probably deserves a blog post of its own.

So if you are new to this whole Oz Comic-Con thing like myself and feeling like a puffer fish out of water and you don’t have a special someone to do you up a mixed flash drive (is there such a thing?), there are several and affordable ways to approach this event. All of which add up to a whole lot of family fun and in this household also includes one over the top blogging mother.

One day tickets start from just $30 for general admission, which also allows you to bring one child under 12 years FREE, with free entry for all children aged four years and under. Of course my three daughters are now considered adult but even still, it really is an affordable day out with so much on offer.  Everything from geeky gaming, television, film, anime, comics and even merchandise SHOPPING!

Now because I love, love, love to get into the swing of things just as much as I love, love, love shopping and I’m always super keen to horrify my three daughters while I still can, I will be packing my favourite Cosplay outfit to bring with me. Which reminds me I still need to work out what exactly that is and purchase one.

I plan on arriving at the event in my usual, same old, same old casual wear and the first sign of a phone box, I’ll be doing a bit of a Spiderman quick change.  I’m also taking bets as to how long before my family disown me on the day. 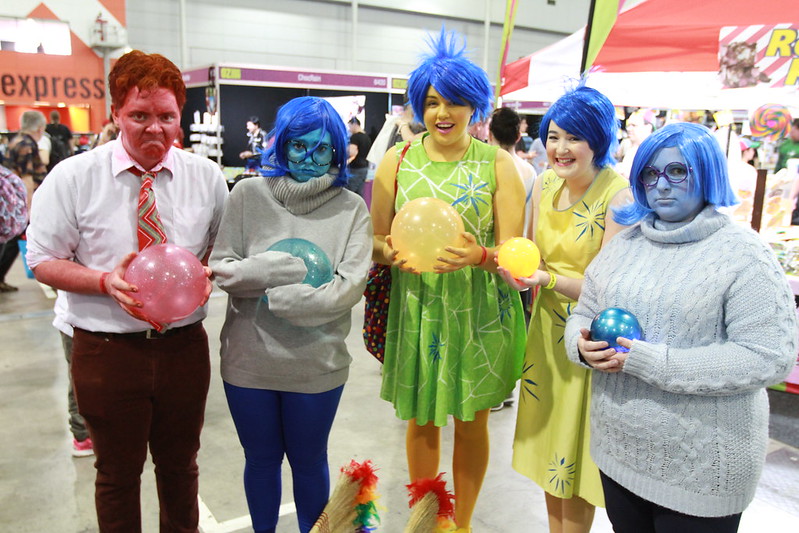 I already feel like I’m winning in the Mother of the Year stakes and thanks to Oz Comic-Con you can too, with a family pass (2 adults & 2 children) up for grabs.

As the Perth event is just around the corner, time is of the non time lord time, so there is a quick turn around for this giveaway BUT the pass isn’t Perth exclusive and can also be used for any of the five Oz Comic-Con shows for 2016.

For your chance to win…

Head over and case this year’s Oz Comic-Con guest list { H E R E } then leave a comment below letting me know which guest you’d love to get up close and personal with this year and why? Also let me know which show (Perth, Adelaide, Melbourne, Sydney or Brisbane) you want the tickets for.

Any problems commenting just tick the guest box (you don’t need to register), give your name and then add your email (remains private), or email your answer through to ms.mystery.case@gmail.com before the closing date (see below).

NOW…  regardless of whether you are entering or not… have a bit of fun with me and also let me know which Cosplay outfit I should run with! If you are heading to the Perth event take a quick pic and tag me in on Instagram and do your best to come and find me. I’ll be the mum, doing her best to fit in, while the family do their best to walk several paces in the opposite direction.

Love a good GIVEAWAY? WHY not… check out my other giveaways running right now as well as our March Aussie Giveaway Linkup!