I really need to get out more. It’s a sad fact. I possibly need to spend some time with Adelle from Where The Styled Things Are and the television and get up to speed on…. well let’s just say most things before I do. Take for instance my latest venture out in the real world thanks to Cavalia for their Social Media VIP evening. 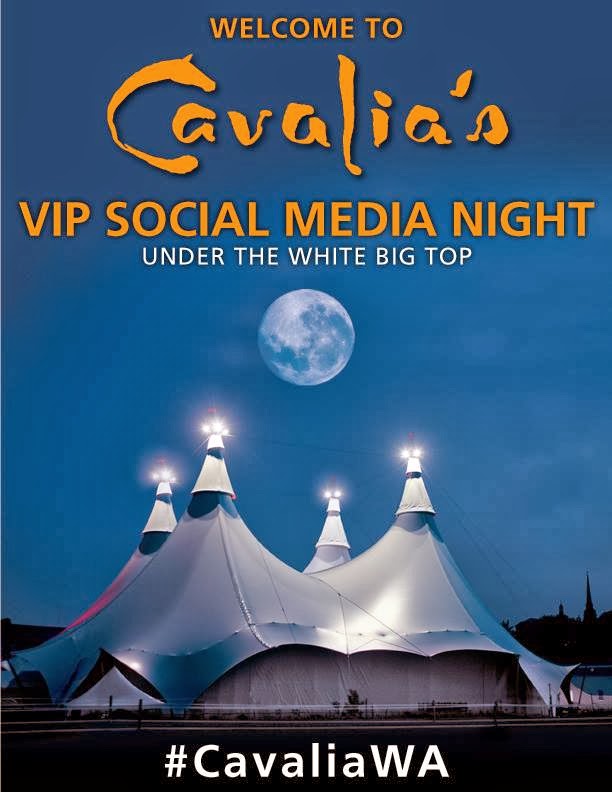 It was only on arriving home that the penny dropped that we were seated next to George from Big Brother. If I’m honest, I have Adelle (WTSTA) to thank for her Big Brother updates on facebook recently, otherwise I probably wouldn’t have even known that show was back on TV and sorry George I’m still rather clueless as to your time on the show. You see I don’t actually watch TV, the occasional really bad DVD (blogged here) but TV not so much. Once in a blue moon perhaps or less.

The other person we were seated next to was blogger Rodney Olsen who is funnily enough the hubby of one of my favourite blog and facebook followers Pauline.  Pauline sent me a rather thoughtful and somewhat hilarious gift for Xmas which I must get around to sharing with the blogoshpere. CLUE: It may involve Michael Bolten and a mullet or three but I digress….

Our rather extravagant night at Cavalia was also a long overdue date for Mr C and myself. While it should have been a great opportunity to meet and greet some of Perth’s social media VIPs or VITs (for those playing along on twitter), I left my networking hat at home and pretty much decided I was there to enjoy the night and some rare child free time with hubby. I also had a plan to tweet, instagram and facebook when I had the chance but for the most part I was determined to sit back and literally inhale the visual spectacular that is Cavalia. The evening started in the VIP Rendez-Vous tent with a delicious buffet style feast that included plenty of tasty but healthy options. The open bar also included pop corn and magnum ice-creams together with a dessert buffet at intermission with free flowing champagne amongst other things. It was a great way to start the evening, catching up over drinks (even if mine was of the mineral water variety) in a quiet corner while waiting for the show to start. 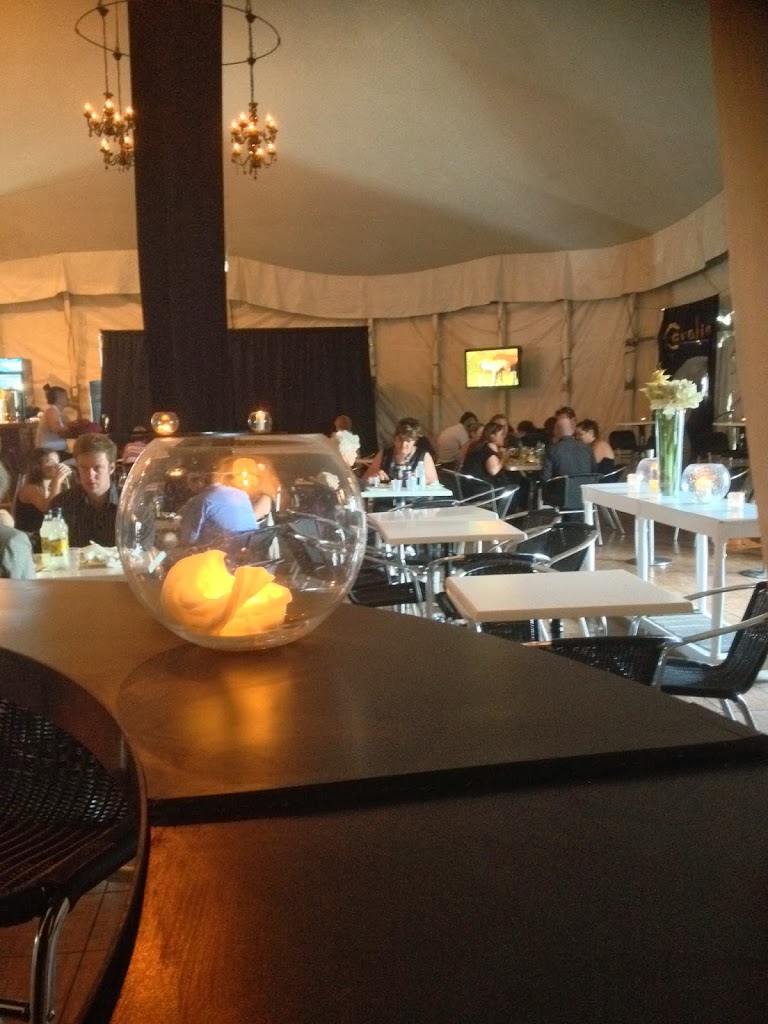 Not really knowing what to expect, I was slightly nervous that I would want to get up and leave once the performance began. I’m completely against the mistreatment of animals and can’t stand old school circus style acts and the torment those animals go through for a quick trick.  What a pleasant surprise Cavalia turned out to be! 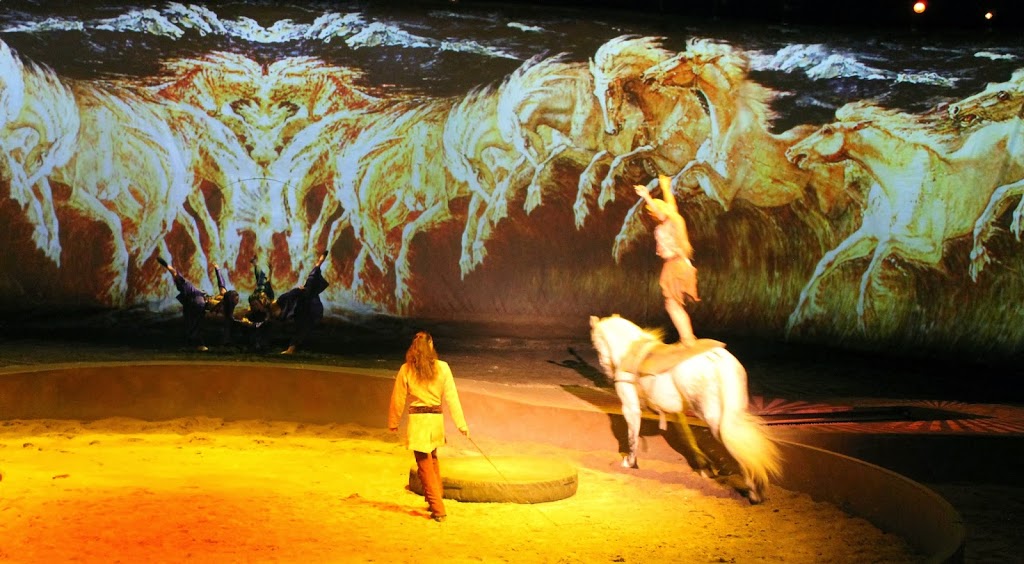 There was really only one point in the show that I felt queasy with how a performer was literally jumping up and down on the back of a horse (see photo above).  I quickly made a bee line for the horse and the performer after the show to voice my concerns and to ask more. A lot more.  My concerns were quickly put to rest as the technique and horse selection were explained to me in great detail. After a tour around the stables, with one of the performers, I quickly came to the conclusion that the horses in Cavalia are quite possibly the best treated animals in show business and I started dreaming about running away with them. 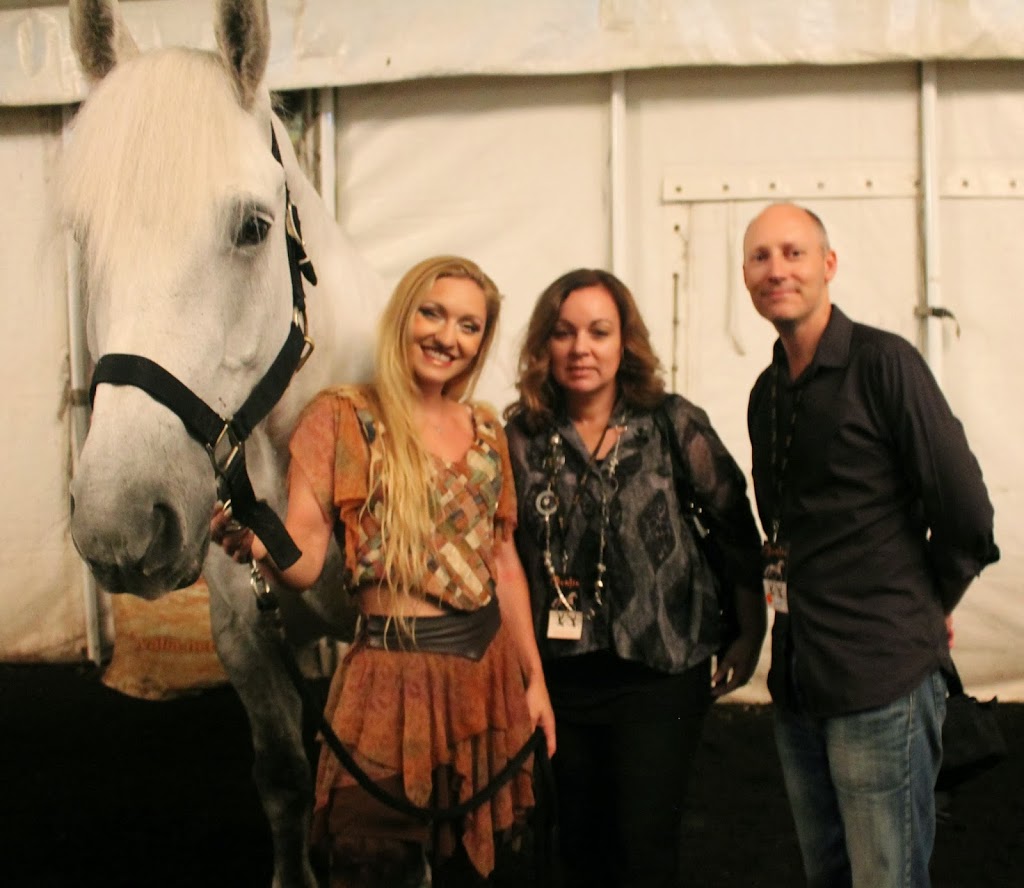 The genuine love and affection the riders have for their horses is obvious. As is the care that is taken to ensure all horses receive the best possible treatment and conditions where their happiness and well-being comes first and foremost.

Now I’m not going to spoil it for you by sharing all the juicy details. I will say this…. if you only go to see one show this year, it should be Cavalia.  The show is definitely worth casing while it is in town and I’m very much hoping to return before the show closes later this month with my little family. 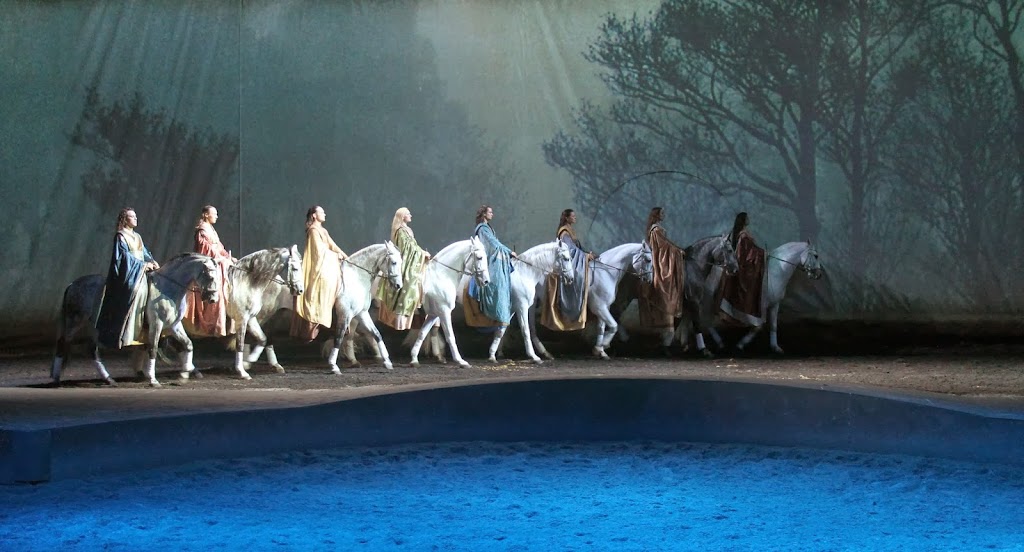 If you can afford it, either of the VIP options that include a stable tour are well worth it. As much as I thoroughly enjoyed the show and didn’t want it to end, the stable tour afterwards was a real highlight for me and I’m not even a horse person usually. The only negative from the night was at times there was just too much to take in and it was hard to know where to look.

Cavalia very graciously lifted their no photo policy for the one night but for the horses and riders safety, there was still a no flash policy which together with the person with the high bun in front of me made photo taking rather interesting. Possibly a good thing because for once, I was happy for just a couple of shots and then to get back to before blogger basics and just enjoy the night. 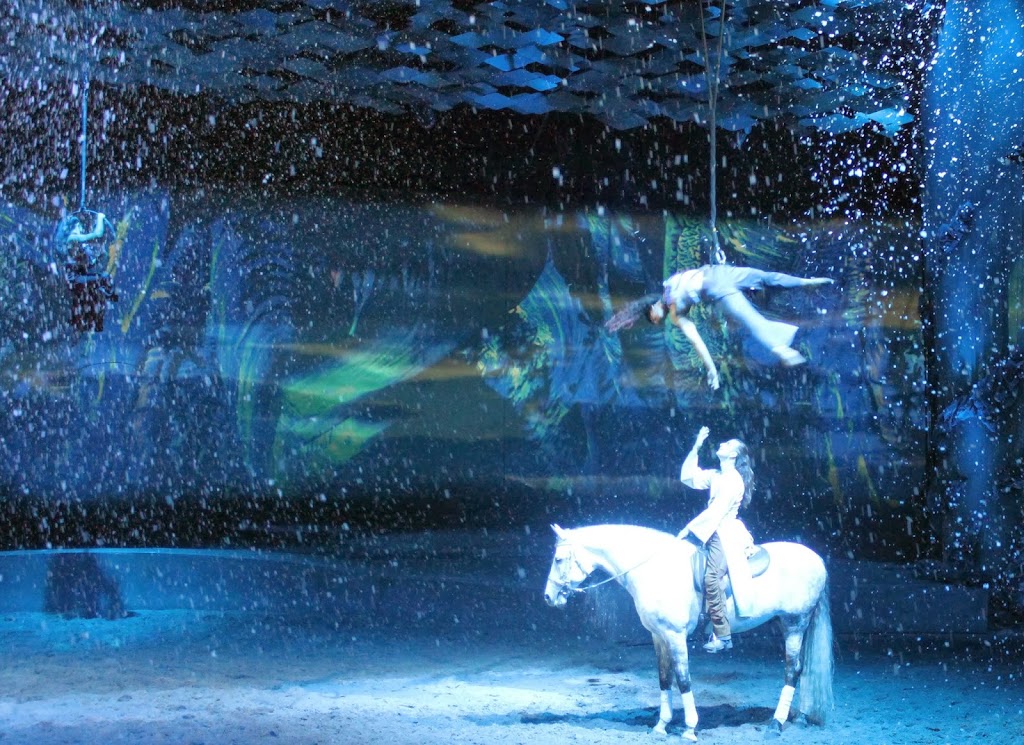 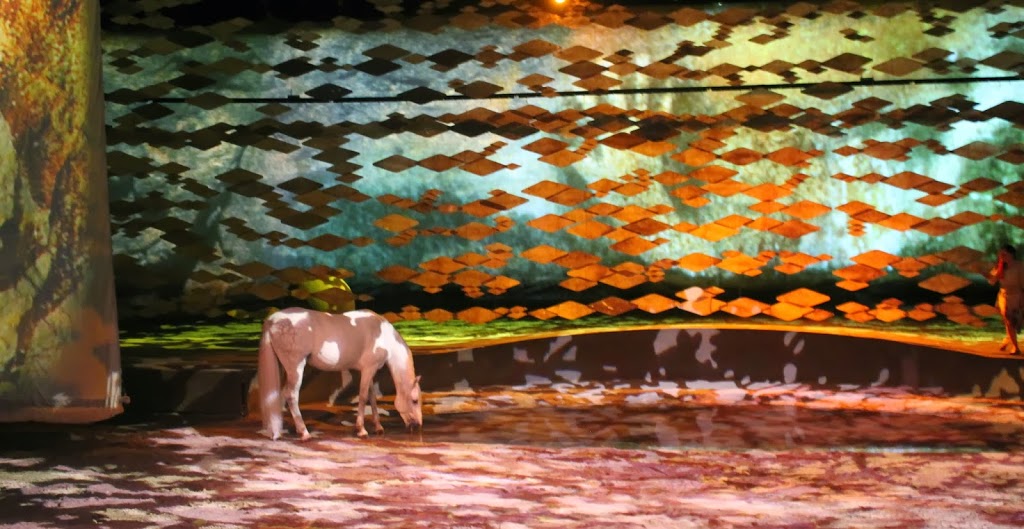 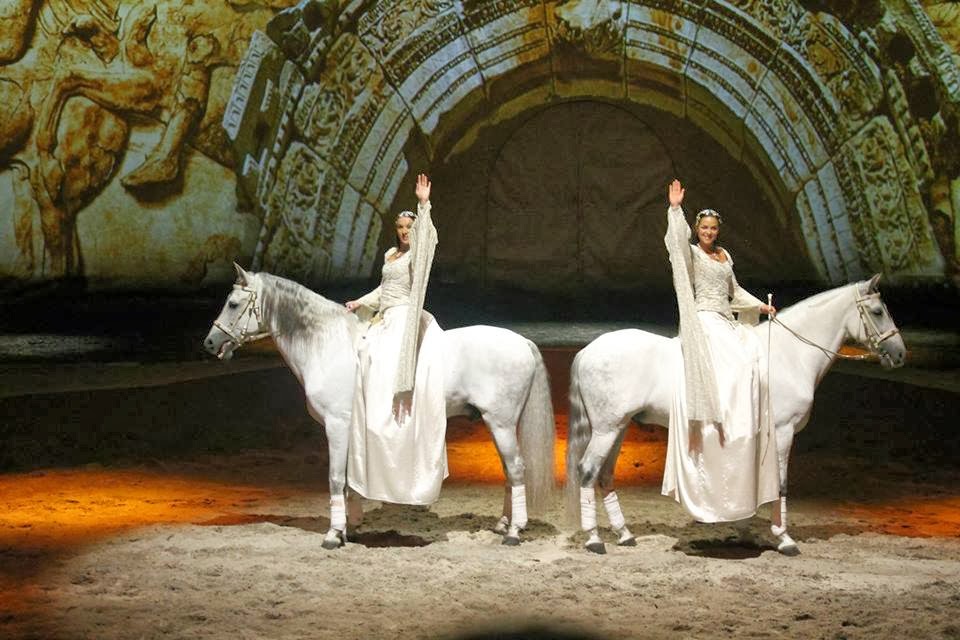 How on earth am I going to ever top this date night? What’s the best date you’ve ever been on?