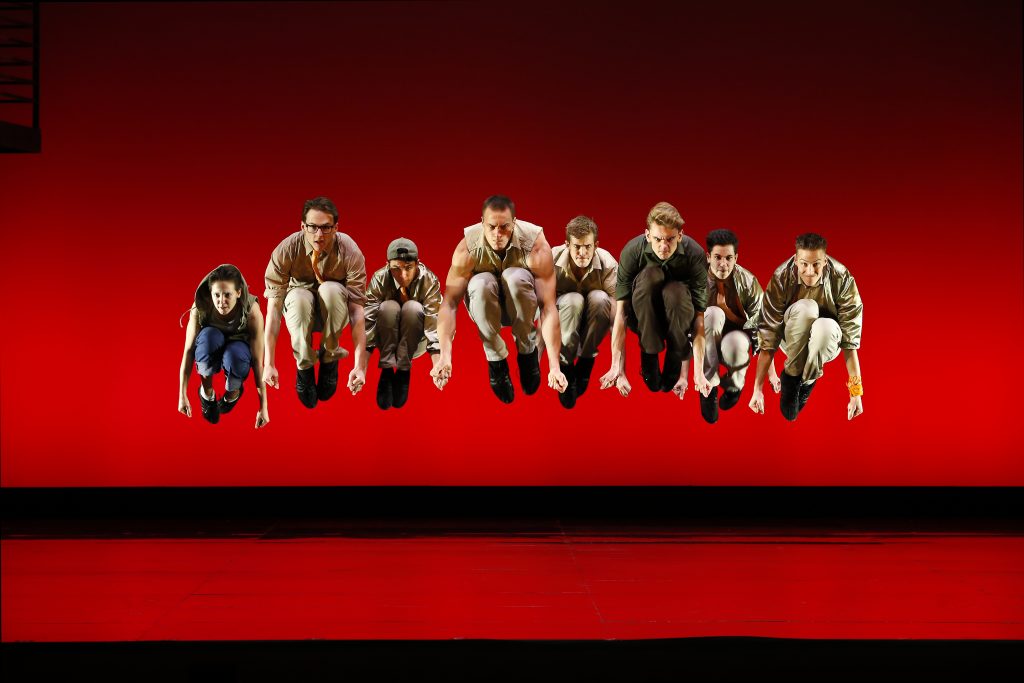 One of the most celebrated musicals of all time, West Side Story will be the first full-scale national touring production to come to WA since interstate restrictions were lifted. In town for a limited season from 29 June to 17 July the Perth season will feature the iconic Perth Symphony Orchestra. I for one can hardly wait. With travel so restricted at the moment, it is amazing to have such world class theatre right here at our fingertips.

“WEST SIDE STORY is one of the greatest pieces of musical theatre ever written, which is evidenced by sold out performances worldwide. Finally bringing the production back to Australia in 2021 to continue the success of the 2019 international tour was an opportunity that we just couldn’t pass up,” Lyndon Terracini – Artistic Director, Opera Australia

“Musicals like WEST SIDE STORY only come along once in a lifetime. This piece transformed musical theatre around the world and is as relevant today as it was when first staged. It is a privilege to be working with BB Group, Opera Australia and QPAC to bring this production to Perth.” Torben Brookman – GWB Entertainment

A modern retelling of Romeo and Juliet; this tragic love story tells the tale of two young people whose happiness is destroyed by the hate of two enemy camps in New York City’s urban jungle. The ‘Jets’, sons of previous immigrants to America, battle the new arrivals from Puerto Rico, the ‘Sharks’, for domination of the streets.

When the original West Side Story opened on Broadway in 1957, musical theatre changed forever as the most complex and challenging unity of music, dance, book and lyrics was realised in a way which has been rarely matched since. The genius of its four creators, a remarkable collaboration between Leonard Bernstein, Arthur Laurents, Stephen Sondheim and Jerome Robbins, produced a masterpiece whose artistic quality remains unquestioned to this day.

Now former pupil of Jerome Robbins, Joey McKneely’s vibrant new stage production returns to Australia after wild acclaim world-wide. Since the first world tour in 2003, there have been more than 1500 performances of McKneely’s award-winning production of West Side Story. Joey McKneely is a two-time Tony Award nominated choreographer whose Broadway credits include Smokey Joe’s Café, The Life, Twelfth Night, The Wild Party and The Boy From Oz.

Originally hailing from Perth, performers Amba Fewster and Taylah Small will join the next generation of musical theatre stars in the Perth 2021 production. With Nigel Huckle as Tony, Sophie Salvesani as Maria and Angelina Thomson as Anita.  The role of Riff will be performed by Noah Mullins and Bernado by Temujin Tera.

With music by Leonard Bernstein and lyrics by Stephen Sondheim, West Side Story includes some of the most loved songs in musical history – Maria, Tonight, America, I Feel Pretty and the achingly-beautiful Somewhere.

West Side Story is a must see MASTERPIECE!