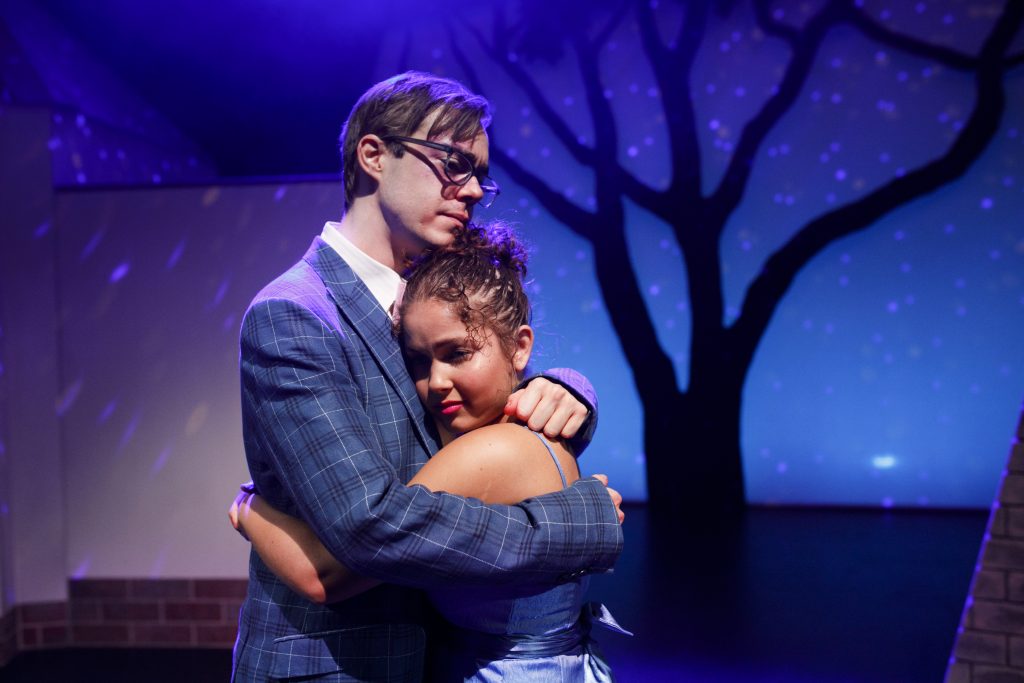 Anyone else think Covid times are like dog or cat years and the past twelve months feels like a decade?

Back in what now feels like the dark ages of 2019 I reviewed a little production called Playthings at The Blue Room Theatre. A modern coming of age story that came with a truck load of justifiable warnings. There was a brutal ominousness from start to finish in that production for me. The complexity of issues at play hit a raw nerve that stayed with me for days. The open-ended ending was a big part of that.

When Black Swan Theatre Company announced they had picked Playthings up as a collaborative piece with The Blue Room Theatre, I wasn’t surprised. Out of all the productions both hubby and myself have seen over the years (which would be in the hundreds) Playthings was one of three from The Blue Room that stood out.

Playthings struck a chord. With both of us. So much so, that we recently popped along to an organised chat about the play with writer/director Scott McArdle as part of Heart of the Art Club. Having now seen the revised edition, I’m rather keen for another chat and disappointed I can’t make the Q&A session with youth mindset coach, Clare Eaton. Thankfully I’m told the session will be recorded and shared later on Facebook.

During the Heart of the Art conversation, there was a hint that a number of changes had been made including a tweak to the ending. Every effort was taken to avoid sharing spoilers, so I ended up walking away intrigued more than anything else with a deeper appreciation for the talented man behind proceedings.

While an exceptional piece, I honestly found the first offering back in 2019 incredibly uncomfortable and I was on edge for most of the production. That’s not necessarily a bad thing.  It oddly felt right sitting amongst the unease given the context, particularly the references to suicide and child abuse. In that unease a lot of the comical elements that should have lightened the load were lost on me.

As a mother of three teens with other elements at play at the time, looking back I wonder if the content and its delivery was a trigger of sorts? Now I might just be in denial here because I would normally say I’m not one to be triggered but hubby, who isn’t triggered by anything (we won’t bring his spider phobia into this) and who accompanied me to both shows, actually felt the same. Triggers aside, there was an air of impending doom from the outset that set the tone.

You changed the ending…

The premise remains the same but the current production is a more proportionate offering in terms of light and dark elements. The subtle changes to the current production effectively serve the darkness in a more palatable way without actually taking away from the complexity of the issues at play. Amongst the underlying darkness I found the space to laugh. There are actually a whole lot of laughs to be had. It is a dark comedy after all.

I had planned to discuss the ending but for those that are also revisiting the play having also seen it at The Blue Room, I think it’s best that I don’t spoil things for you too much. I can confirm, it is no longer left up in the air. There is a closure of sorts. Whether that closure goes a little lighter or much darker, you’ll have to see for yourself.

In the end, it was the combination of tweaks to the script together with the slight change in set design thanks to a bigger stage and the incredible performances all round that has taken Playthings from a 4 to 5 Star show.

Playthings runs until Sat 8 May in the Studio Underground, State theatre Centre of WA. With a couple of remaining nights already sold out and tickets selling fast, you are going to need to move quickly if you want to see this one.