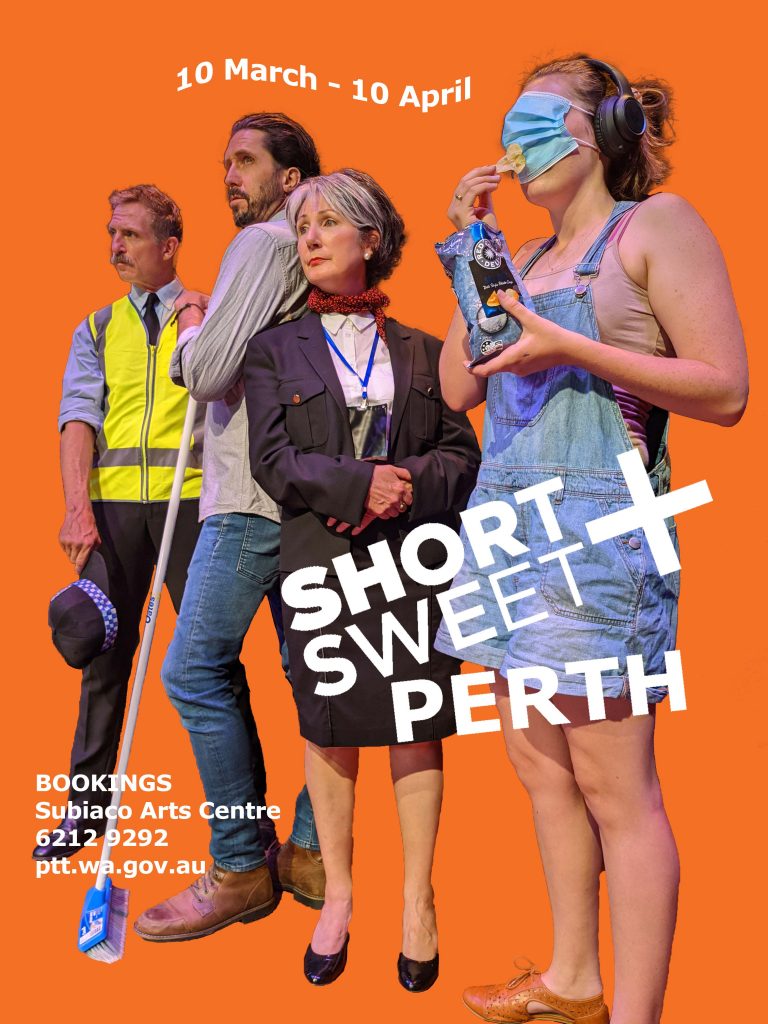 The world’s biggest little play festival – Short+Sweet – heads to Perth, at the Subiaco Arts Centre, this March and April. Short+Sweet Perth is a competitive festival, presented in partnership with the Perth Theatre Trust. This year, around 40 plays will perform in heats from 10 – 27 March, vying to go forward to the finals, based on judges and audience votes.

Founded almost 20 years ago in my hometown, Sydney, the festival has become international, spreading as far as Short+Sweet Hollywood in Los Angeles, where Hollywood star Mark Ruffalo is now the patron. Here in Perth, the festival director, Michael Wood, is a former Australian diplomat who also established Short+Sweet in Delhi, Mumbai and Bangalore in India.

“Nothing could have prepared me for the challenges and the rewards of unleashing so much talent and so much energy,” said Wood. “I wanted to bring all the excitement of Short+Sweet to Perth, and I already know audiences here are going to be blown away.”

Short+Sweet Perth features a mix of both local and international talent, with approximately half of the festival’s scripts from local writers, while half are proven scripts from interstate and overseas.  The actors and directors who participate are WA-based.

“Perth is about to unleash its immense talent, 10 minutes at a time,” said Wood. “This festival brings together a broad range of local artists, with seasoned professionals working alongside emerging new talent – and it’s a fabulous showcase for younger thespians wanting to put their foot in the door.

With my almost 30 years of theatre going and reviewing, I’m kind of wishing I’d had my act together a lot sooner and put my hand up to be an official judge for this little festival.

Tickets can be purchased through the Perth Theatre Trust website (HERE), in person at the Subiaco Arts Centre, or by phone on 6212 9292.