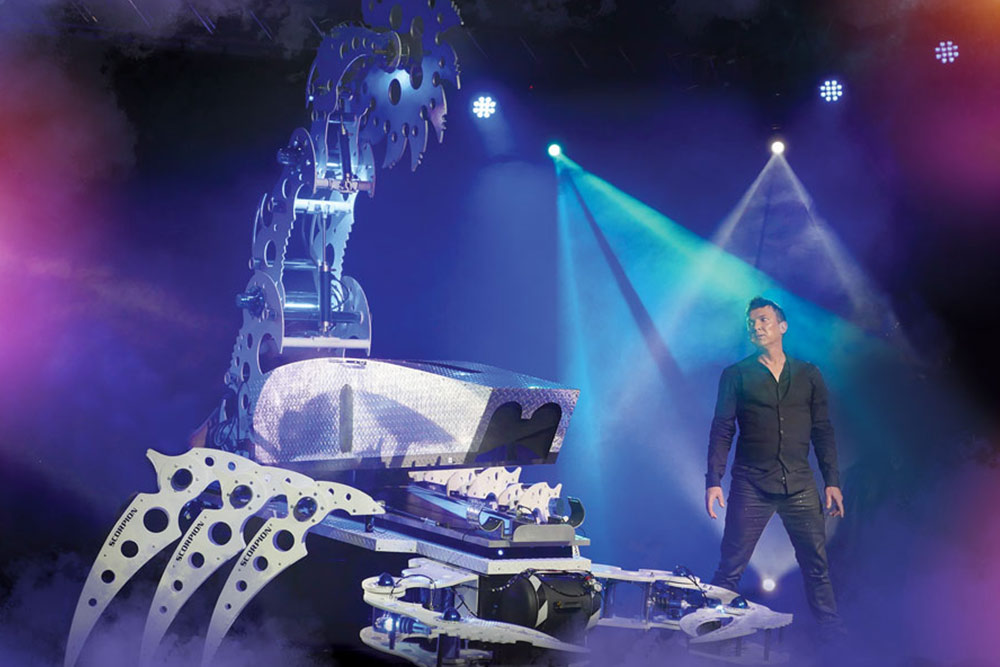 Are you ready for this?

Internationally acclaimed illusionist and Australia’s Got Talent finalist Michael Boyd is heading to Perth to unveil his spectacular production, Mystique, at Crown Theatre. With just the two shows on Saturday, 3 April at 1.00pm and 7.30pm you’ll need to be quick to secure tickets.

Featuring some of the world’s most impressive illusions together with Boyd’s latest contraption from Las Vegas “The Scorpion” which was designed and built by the same team that worked alongside the famous David Copperfield. I’m guessing you won’t believe your eyes.

Among jaw-dropping escapes, levitations, transformations, special effects and mind blowing disappearances, Boyd’s incredible production includes “Double Levitation” in which a lady flies over 6 metres high in the air and The Death Chamber which features a death-defying escape from the Blades of Doom.

“Thanks – was astonishing – you are a stunning magician”     Dawn French

It’s a kind of magic…

The perfect show for families Mystique promises to dazzle and delight with a new kind of magic!

“Audiences will be left in utter disbelief as they see things which they believe to be impossible yet are happening right in front of their eyes. The show will make people question their sense of reality and what is and isn’t possible,” said Boyd.

Born in Melbourne, Michael Boyd’s magician grandfather taught him all about the world of magic and by the age of 13, Boyd joined the Young Magicians Magic School to hone his craft.  Following high school he hit the road performing three shows a day until he eventually got his big break on the TV show “Pot Luck”.  Since then his career has skyrocketed and he is now one of the most acclaimed illusionists in the country.

I’m guessing everyone could use more than a little escapism and magic right now. With travel still rather restricted Mystique just might be the perfect way to escape reality without venturing too far from home.

Catch me I’m falling… I could not be more excited to see this show. With travel limited at present, I’m all about experiences close to home right now. I’ll be making a night of it with Crown Perth for this one. You should join me!

Thanks to the promotors, we have a double pass up for grabs to the matinee performance at Crown Theatre, Perth on April 3 (1pm). Check your calendar to make sure you are free before entering below.