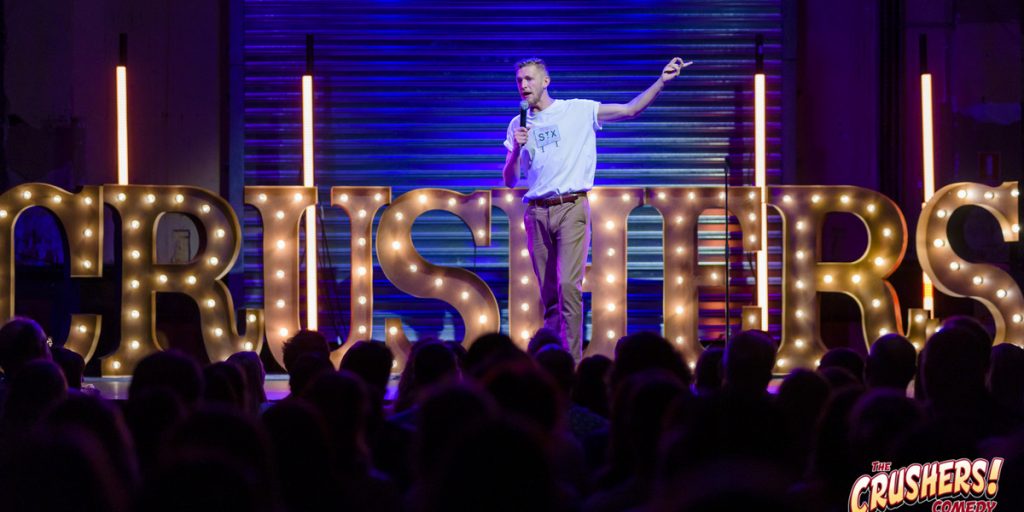 Rewind it back to Saturday night. Please. When we were busy taking life for granted and enjoying more than a few belly laughs at The Rechabite for The Crushers Comedy Gala. Blissfully unaware of what was to quickly unfold less than 24 hours later. Five days in lockdown. Starting NOW!

Some might think we were asking for trouble this Fringe with a lot of the jokes directed at isolation and how ahead of the game Perth was compared to the eastern states, getting a whole lot of laughs. Hopefully we will be laughing again soon.

Fun fact… the term “Crusher” in comedy circles refers to a comedian that delivers the laughs and leaves audiences wanting more. Every show is hosted by an emcee and features three (or four as was the case on Saturday night) crushers for an hour of comedy gold. Produced by Caustic Content and The Comedy Shack, with just the two, packed to the socially distanced rafters, shows this Fringe we’ve certainly been left wanting a whole lot more with this comedy collective.

I tend to gravitate towards these comedy showcases. Especially during Fringe when there is far too much choice. It’s the perfect way to sample different morsels before deciding what you really want to feast on. Or in some cases you find yourself experiencing an evening with the best of the best, as was the case with the show on Saturday night.

We caught a snippet of our emcee for this show, Ben Darsow, at Johhny Knox’s comedy hub earlier in the week for one of their late night offerings. I’m not sure if it was the earlier gig time or the fact he was master of proceedings but Ben was even more energetic this show. He literally came out kicking, pulling a quad muscle in the first five minutes on stage.

Hailing from South Australian Ben’s comic offerings are engaging and cleverly executed observational improv. Bringing an audience member or two into the spotlight for a whole lot of laughs. I generally love this style of stand-up from a great distance and provided I’m not on the receiving end of comic proceedings.

I’m a critic… get me out of here

As much as I love comedy, I’m not really a fan of the audience participation element if it involves myself*. You would think going to school with Julia Morris and being subjected to her style of comedy on a semi regular basis would have conditioned me more. Yeah… Nah.

Having been targeted by a visiting comedian a few years back, you’ll find me hanging out in the back row or wishing for an invisibility cloak at most stand-up shows. This show, however, wasn’t one of them.

While I still wasn’t keen to be in the direct firing line, I would have happily sacrificed my hubby to the comedy gods with Janelle Koenig on stage and commanding attention. I’d seriously consider paying extra to make that happen. Janelle, the big sister of the Perth comedy scene, brings a unique blend of stand-up, songs and classic oversharing to the stage. It was fifty shades of hilarious.

We’d already had a few preview laughs with Amos Gill at The Shoe Bar this Fringe. Another South Australian now enjoying the joys of lockdown in Perth. A staple headliner at all the top comedy venues and festivals in Australia and the USA, Amos was recently invited by Jim Jefferies to join him on his Australian arena tour, as well as at New York’s iconic Madison Square Garden to a sell-out crowd. It will be interesting to see post lockdown if his cancelled shows this week can be rescheduled.

I believe UK comedian Rory Lowe (top pic) was a last-minute addition to The Crushing Comedy line-up for this show following an artist pulling out due to border restrictions. With so much talent still on the menu this Fringe, I’m not sure Rory would have hit my comedy radar had it not been for this show. For some strange reason his name went from being on the tip of my tongue at the start of the night to being on a full blown ‘Rory Lowe’ loop in my head for most of the evening following the show.

The other surprise package of the evening was Ben Cousins lookalike, Corey White. The surprise being two fold because I basically went in expecting our emcee together with three comedians on the line-up. Not four. Even more surprising is Corey’s criminal lawyer status. After this performance, I’m now wondering if the second biggest comedian to come out of Bassendean is laughing all the way to the bank with his Jolly Gagman show this Fringe?! 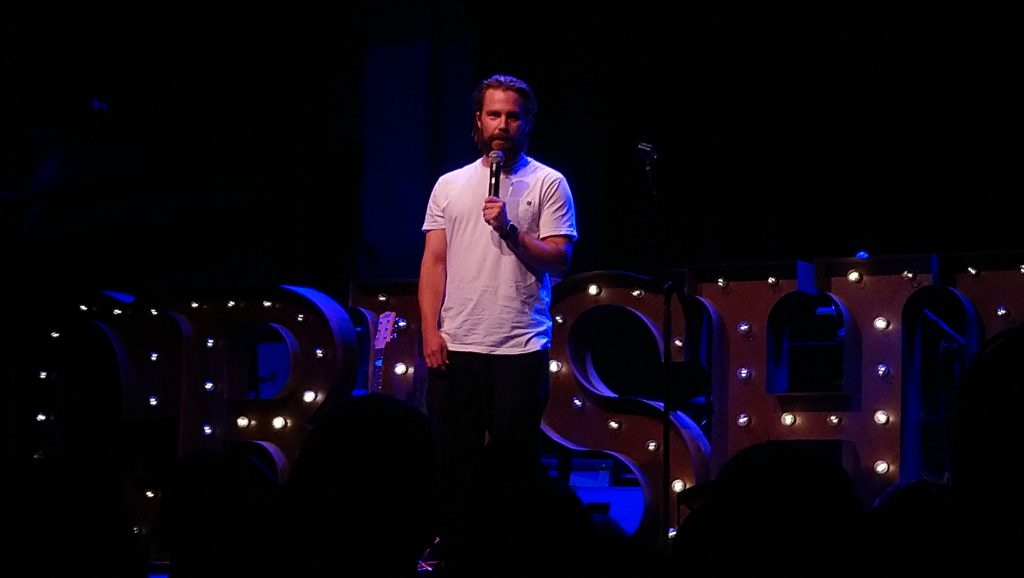 If we had to head back into lockdown, even for just five days, this was a great show to end on. The laughs should keep me from going stir crazy for at least a week. Hopefully we’ll be back soon having the last laugh with Fringe world. Regardless, The Crushers are planning on dishing out more laughs and good times beyond Fringe as they continue their fun run at The Rechabite this year. It’s next level happy hour!

Returning soon to The Rechabite!

*I mostly dread being asked for my name and/or occupation. I much prefer to experience comedy as a spectator sport.

If I was to utter ‘critic’ or even my name in certain circles, I might as well wear a target on the front of my shirt. I’d dearly love to come up with a made up occupation that would stop a comedian in their tracks but where is the fun in that… for the comedian? I’d just end up making myself more of a target.