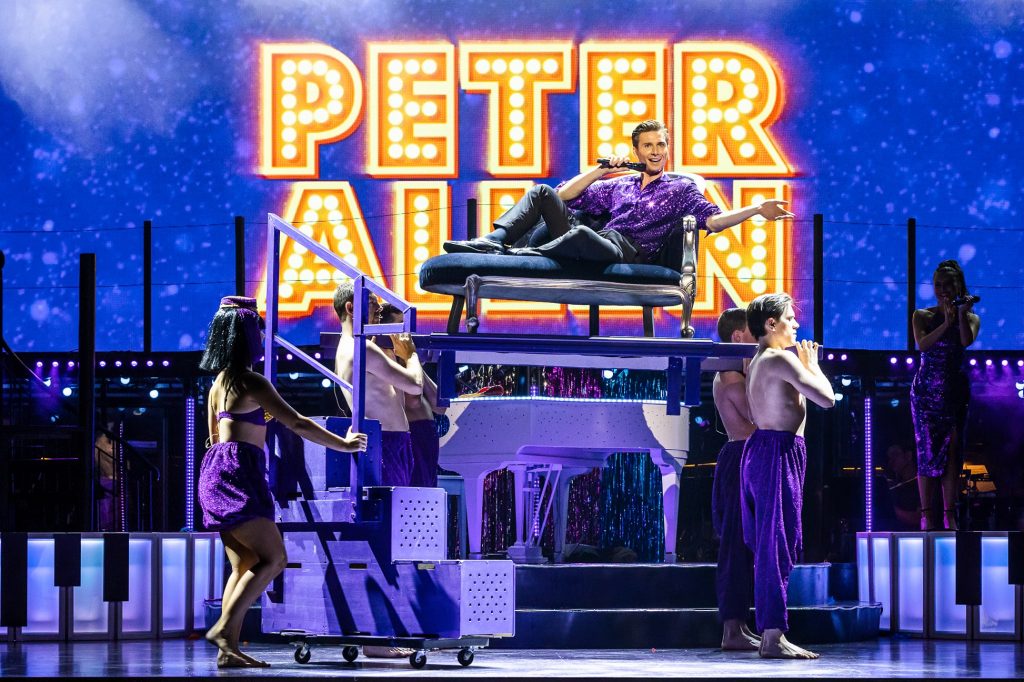 A new production of The Boy From Oz opened to a fanfare of applause at Crown Perth last night. In a crazy time of border closures and restricted travel it was wonderful to be back at the theatre for this iconic musical.

Based on the life of home grown singer-songwriter and entertainer Peter Allen. The production takes us back to Peter’s humble beginnings growing up in a regional country town in the 1950s. We follow his rise to fame and flamboyance as an international star opening for Judy Garland and his sell-out gigs at Radio City Music Hall.

Peter’s marriage (and divorce) to Judy’s daughter Liza Minnelli, his sexuality and his eventual AIDS-related death all come into play with retrospective flashbacks of his childhood interlocking impressively with his cabaret and concert career through music and dance.

Premiering in Australia in 1998 the musical opened in a revised version on Broadway in 2003. The latest production has Perth resident and recent WAAPA graduate Ethan Jones stepping into the larger than life character of Peter Allen. Following in the footsteps of the original Boy from Oz Todd McKenney and Hugh Jackman who won a ‘Best Actor’ Tony for his Broadway performance.

With huge shoes to fill, Ethan came into his own on stage last night in all regards. Almost like he was born to play this part. Aside from Ethan’s extraordinary musical and dancing skills, some of the most endearing moments of the show, for me, were when he interacts directly with the audience as Peter. Some of it scripted, some improv. All impressive. A combination that makes Ethan, just like those before him, the full package! 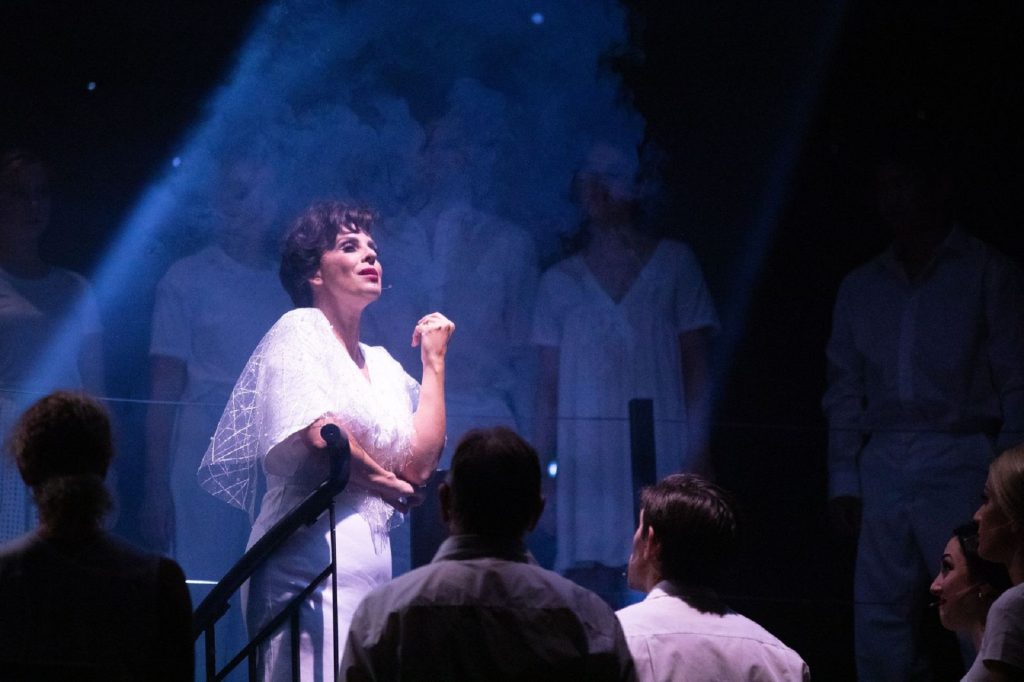 Peter’s shoes weren’t the only big ones to fill in this production and some of the most powerful, gut wrenching performances came from Lucy Williamson who plays the role of Judy Garland to absolute perfection.

I must confess, I initially took a little convincing with both Ethan as Peter and Elethea Sartorelli as Liza Minelli but it was ever so brief. In the end I was more than convinced. Transported even. Elethea’s performance is as dazzling as Liza’s name up in super bright lights over the Crown Theatre stage.

There was a spine chilling performance from Casey Edwards who plays Marion Woolnough, Peter’s mother. Peter Cummins as Peter’s long term love Greg Connell only has a brief moment in the actual spotlight but what a moment. Lucky Farrell who charmed last night’s audience as a young Peter is definitely going to be one to watch. Just delightful.

It can’t have been easy to pull off a production of this calibre in Covid times. The entire world-class cast, crew and musicians deserve recognition here. The flawless performances from the back up singers in particular as well as the entire ensemble compliment the lead performers flawlessly to make this a seamless 5 star show.

Sitting almost front and centre, I was privy to glimpses of music director Joe Louis Robinson (Velma Celli, We Will Rock You) at play. Last night Joe made a very brief and what I’m assuming not scripted appearance on stage when Peter’s piano stool went flying into the orchestral pit.

Having said all that, the real star of the show was always going to be Peter’s vast catalogue of songs with hits like I Go to Rio; I Honestly Love You; Quiet Please, There’s A Lady On Stage; Tenterfield Saddler; We Don’t Cry out Loud and the song which you could argue is our second national anthem – I Still Call Australia Home. Just to name a few. 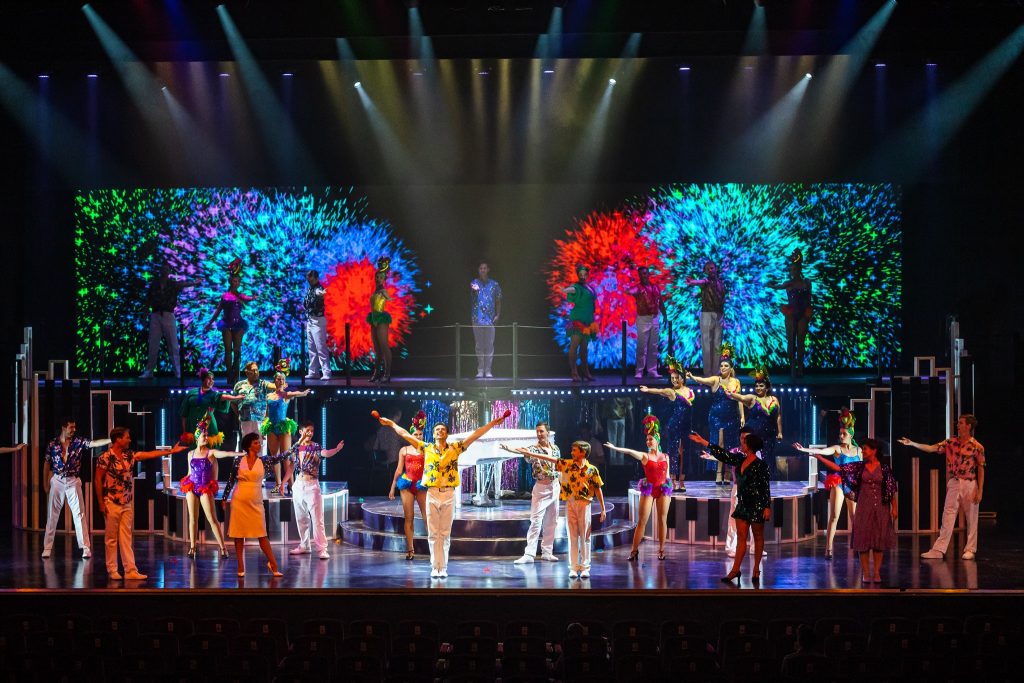 From one Finale to another

Ethan aka Peter teases the audience throughout the night with a shake or two of the maracas and a snippet of I Go to Rio. This eventually crescendos into an action-packed full cast performance finale. Much like Peter’s legacy this is not actually the end at all. After a tremendous amount of applause (and a standing ovation from a lot of the room) where you could easily see yourself walking away more than satisfied, there’s a surprise retrospect that brings a chill to the air and pays a final tribute to Peter. Just as it should be. This alone was worthy of a standing ovation, as was the entire 5 star show.  Everyone needs to go to Rio with The Boy from Oz… right now!

The Boy from Oz