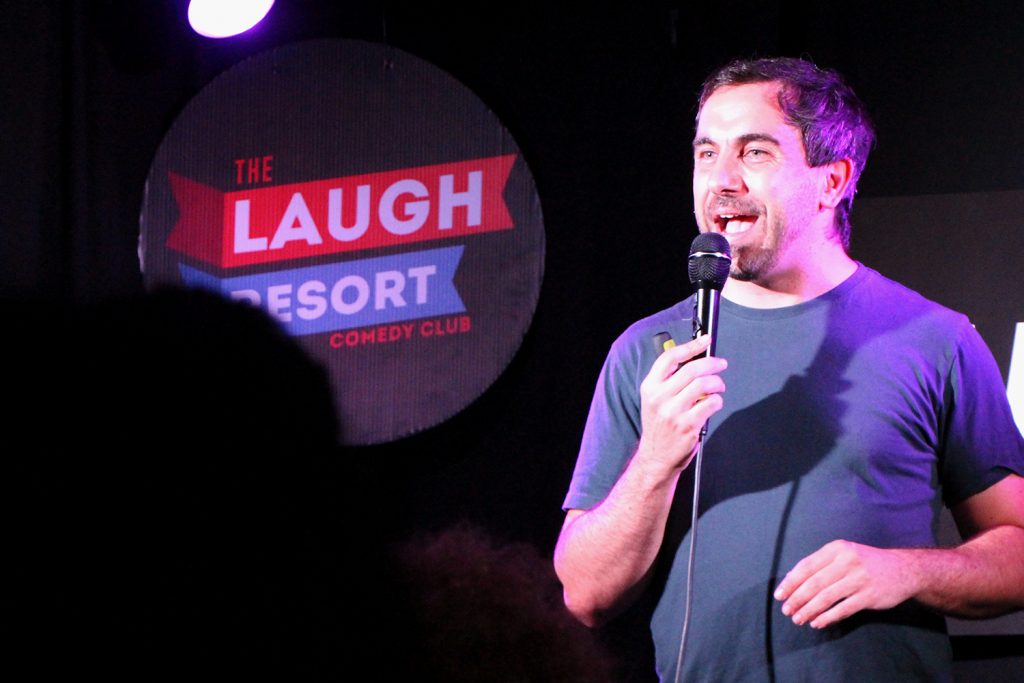 The Laugh Resort was incorporated in 1991 by a group of Western Australian comedians to encourage and promote all forms of live comedy entertainment. It has been a not-for-profit from the get-go providing income and opportunities for Perth comedians as well as enhancing the Perth Comedy scene in the process with a changing weekly lineup of the newest and best local, national and touring comedic talent.

From Aussie legends such as Greg Fleet and Chris Franklin, to international comedy superstars Tim Minchin and Stewart Lee, many a comedy icon has dropped in to grace The Laugh Resort stage. It’s also been a launching pad for comedians such as Dave Callan, Rove, Claire Hooper, Jim Jefferies, Xavier Michelides and Hughesy.

During Fringe World, The Laugh Resort goes into comedy overdrive. There’s a hell of a lot on offer each week. More than a little something for everyone no matter where you stand on the comedy spectrum.

For me, with so much on offer, I believe the best place to start is their weekly 9 at 9 session. Think of it as a different kind of happy hour, each Wednesday night, upstairs at The Shoe Bar & Café, Yagan Square. The perfect way to sample stand-up comedy without breaking the bank this Fringe with nine acts over 90 minutes.

We attended last Wednesday and will definitely be back for more. It’s like a tasting platter to help you choose the main course. Last week the lineup included Luke Bolland, Matt Ford, Dane Simpson, Adian ‘Taco’ Jones, Jamie Mykaela, Ashlee Brown, Bec Charlwood and Gordon Southern with Yianni Agisilaou emceeing proceedings. All acts have shows running during Fringe, so it really is a great way to sample the goods before committing.

I must confess, there were a whole lot of laughs from this lineup but not all acts were to my liking that night. There were a couple of standout performances for me last week, one being Gordon Southern. Which saw us head back in on Australia Day for his last show That Boy Needs Therapy. Time permitting I’m also keen to see more of Bec Charlwood, Yianni Agisilaou, Mamie Mykaela and disappointed that I’ve missed the mark to see Ford and Simpson’s Aborigi-LOL: The Return. With hubby, my plus one on this occasion, putting Adian ‘Taco’ Jones and Luke Bolland on the top of his list right behind Gordon Southern. 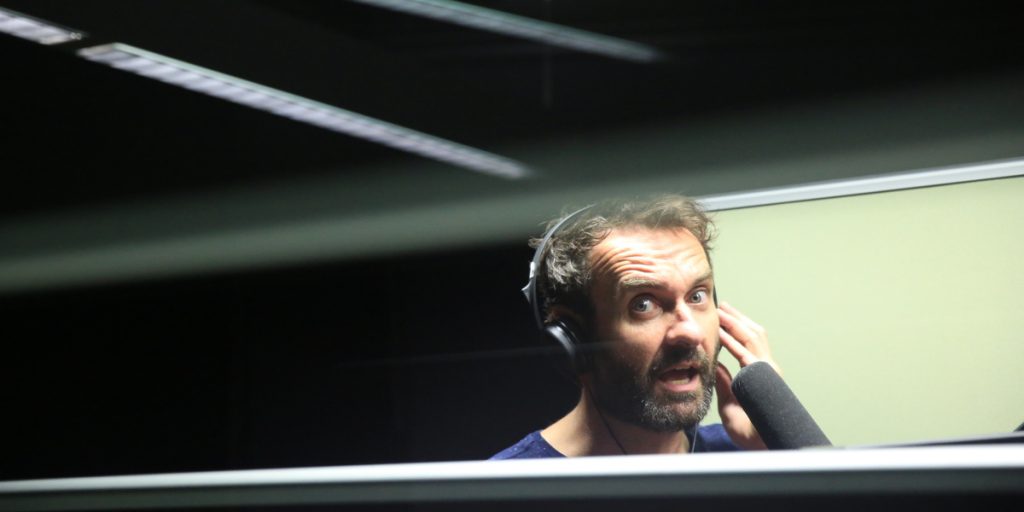 Having loved the snippet from Gordon Southern on Wednesday night as part of the 9 at 9 lineup, we headed back for his show That Boy Needs Therapy last night. Southern’s last show in Perth before heading to Adelaide Fringe. Creating a safe space, Southern shares his experiences with therapy, divorce, depression and more in this 60-minute show. It’s several shades of hilarious from start to finish.

I’m not entirely sure why some audience members took the one-sided therapy session as an open invitation to overshare as much as possible, whenever possible. It may have been a public holiday vibe from the crowd but I strongly suspect Southern’s style and safe space came across a little too safe which opened the door for a little too much oversharing from the audience.  Funnily enough, it made for one hilarious show.

Southern might have referred to these interruptions as heckles, I prefer to call them hits. Showing his seasoned professional colours Southern took each hit from the audience like a trooper, making it part of the act while barely skipping a comical beat.

Going even further was the man that sat front row and decided to turn Southern’s running list around to read it mid-show. Seriously! Which had me thinking that I would really love to see a comedian do a show or workshop that actually teaches the audience a little live show etiquette or any kind of show etiquette. We honestly need more than a lesson or two on heckling, oversharing and showing appreciation appropriately here in Perth. For the record, it’s never appropriate to pick up the running list and go through it before, during or after a set, unless you’re the stage manager or part of the show. For the next record, heckling or attempting to educate the comedian on stage doesn’t make you part of the show.

Which brings me to… the overly enthusiastic woman sitting in the front row (directly in front of me) that saw fit to not only mimic a sewer rat but also comment and narrate the show to friends sitting next to her throughout. I’d be keen to know if that’s her usual state of play or if she might have hit the bar a little too hard before the 5 pm show? Southern looked at her at one point because she was clearly distracting him as much as she was me and said, “do you mind if I interrupt you for 40 minutes”. This only egged her on more, in what I can only assume now was her pure desire to be a big part of the show. Again, Southern handled this and everything else thrown at him like a pro only adding to the night.

While our Perth friends have now missed out on seeing Southern, there is an amazing lineup on offer for the rest of Fringe here in Perth and if you’re having a hard time picking and choosing your battles with so many shows on offer, I would definitely start with The Laugh Resort’s 9 at 9 for the stand-up comedy side of town.

The 9 at 9 lineup changes each week with different season artists and hand-picked visiting comedians, so it’s best to follow The Laugh Resort Comedy Club socials for updates but given the calibre of talent on offer, it’s a safe bet. 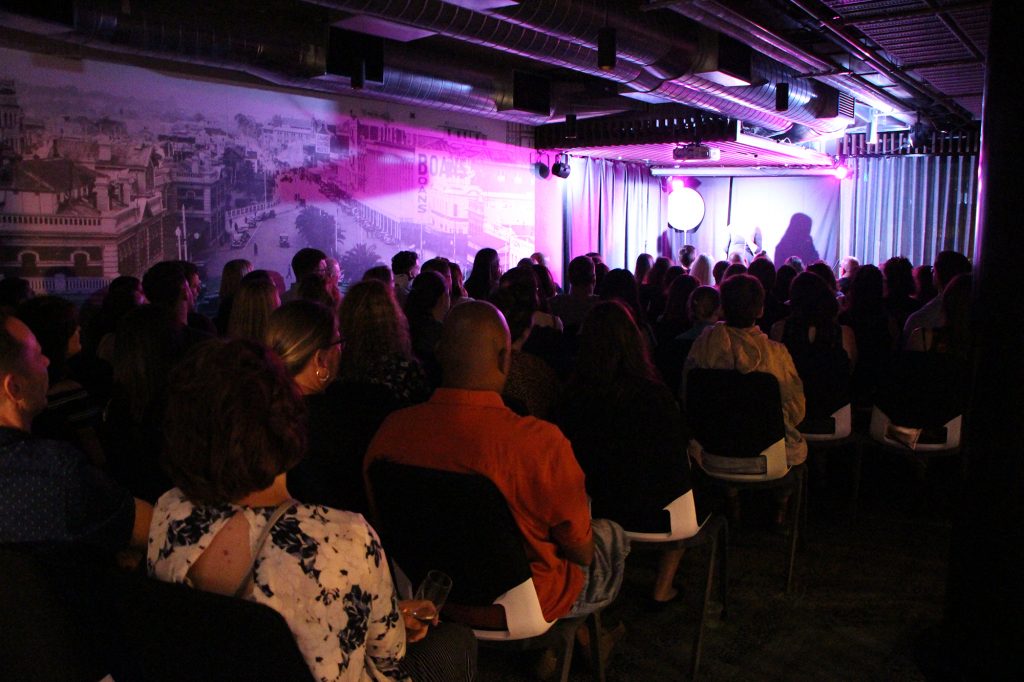 The venue is air-conditioned with its own bar but you can also grab a drink and meal at the main bar or cafe before you head in. With under 100 seats, it’s a fairly intimate atmosphere but being a long room, you can be as close or far away from the action as you want to be without missing a beat. They also have the most comfortable seats in the whole of Fringe. For someone that did one or two shows most nights last Fringe on fold up and dodgy theatre seats and needed a realignment by the end of the month (56 shows), I’d pay extra for a seat that isn’t going to throw my back out by the end of the night.

Thanks to The Laugh Resort we have a double pass to 9 at 9 for Wednesday 5th Feb (you can enter below) but I’ve also received word that there is a rather impressive lineup this coming Wednesday. With standard tickets just $20, I’ll be doing my best to head back again this week. YOU SHOULD JOIN ME!