Proudly presenting Oz Cabaret Icons, Duets and WA’s Best… Downstairs at the Maj is one of our go-to venues for date night here in Perth. The intimate setting together with an incredible season line up always makes for a fabulous night out. Date night or not.

With five shows down and three to go, Downstairs at The Maj 2019 Season is set to present some of cabaret’s best this spring and summer, with special events for Christmas and Pride.

October 31 sees cabaret power couple and regular Maj visitors Melissa Langton and Mark Jones – with a slew of Australian cabaret awards between them – begin their 7th(!) season Downstairs in 15 years, and it’s on track to be another sell-out  and we have a double pass up for grabs for opening night (keep reading!). 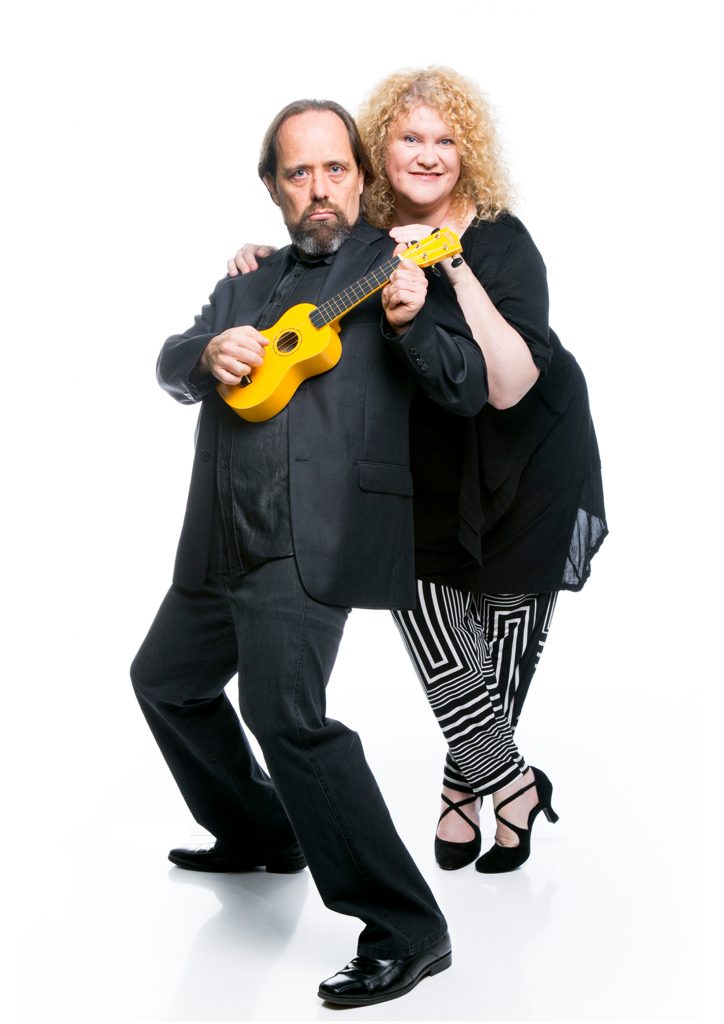 “We LOVE Perth,” said Langton, “whether it’s a fringe show or cabaret season, WA has always been quick to pick up what we’ve put down and they’re audiences we have a lot of fun with.”

The couple, married off-stage as well as on – who recently toured Still Living in the 70s and Good Day Sunshine: The Lennon & McCartney Songbook (which they’ll encore in the main His Majesty’s Theatre auditorium 30 October) – now bring us the greatest hits of the free love era in What’s New Pussycat. This joyous, foot-stomping, hand-clapping celebration of the swinging 60s features favourites by Tom Jones, Aretha Franklin and Dusty Springfield, plus Nancy Sinatra’s These Boots Are Made for Walkin’, and a special medley for lovers of John Denver and The Fab Four.

The original equality activist, singer and inspiration for Priscilla…, Carlotta makes a long-awaited return to Perth this November. Queen of the Cross celebrates 50 years on stage for the icon and will be part of this year’s PrideFEST 30th anniversary celebrations. Michael Griffiths will accompany on piano following his own all but sold-out October season By Request complete with live band.

Homegrown talent takes the fore for a charitable cause this festive season as November sees Katt Osborne direct some of Perth’s favourite performers – Nick Maclaine, Jo Morris and Igor Sas – in George Bailey’s heart-warming It’s a Wonderful Life as a live radio play. Proceeds will go to Anglicare, supporting people struggling with poverty and homelessness this Christmas.

To farewell 2019, join Perth Cabaret Collective for A Festive Jamboree. With fave WA vocalists Jesse Gordon, Cougar Morrison (sugar and spice) and Mark Turner fronting the band, it’ll be a night of merriment full of all that’s naughty and nice about the silly season and the songs that go with it.

Whatever your musical bent, there are few better places to get together in comfort and style – with family, friends or a significant someone – for drinks and great entertainment than Perth’s premier underground cabaret gem Downstairs at The Maj. To make your night even more complete, visit some of The Maj’s neighbours offering discounts and special offers on food and drinks with your show ticket before or after performances.

Helen Stewart, Manager of His Majesty’s Theatre, encourages making the most of the chance to see this season’s high calibre artists in the venue’s intimate surrounds. “Every year Downstairs at The Maj brings unique treats and this year is no exception – the season’s absolutely brimming with talent from all over the country, so please do stick around to meet them after their performance,” said Stewart.

See one show or see three or more to save. Or become a VIP for free to access exclusive deals and further savings.

The Maj’s underground season of cabaret Perth has come to know and love is all at once enchanting and unpredictable, but one thing is certain: you’re guaranteed a great night out.

“An irresistible double act” – The Age

Carlotta: Queen of the Cross accompanied by Michael Griffiths

Australian icon, political activist and living legend Carlotta takes you on a whirlwind ride with songs and stories from 50 years on and off the stage in a rare Perth performance. SELLING FAST!

Some of Perth’s favourite performers join together for a special retelling of It’s a Wonderful Life – as a live radio play. All proceeds go to Anglicare WA, supporting people struggling with poverty and homelessness at Christmas.

Whether you’ve been naughty or nice, a grumpy grinch or an angel all year, this joyful four-time FRINGE WORLD award-winning ensemble will fill you to the brim with Christmas cheer and classic Perth Cabaret Collective cheek this festive season.

We have a double pass up for grabs to opening night of What’s New Pussy Cat? on October 31st. Enter your details below to be in the running and keep your eyes on your inbox Monday night to see if you’ve won.