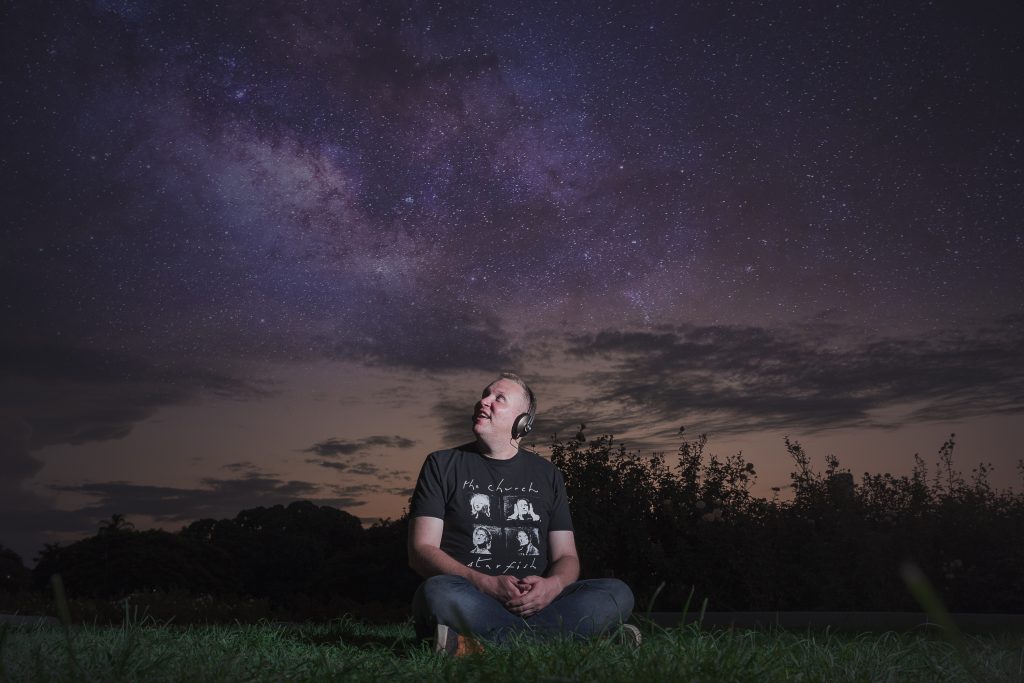 Under The Milky Way

If life is like a box of chocolates that arrive without the key card, in that you never know what you’re going to get, I’d say Trevor Jones and his latest show Under The Milky Way is a box full of your absolute favourites. From start to finish this was without a doubt the mixed tape of my dreams. Even the long-winded, on occasion, banter in between was absolutely hilarious and highly entertaining. Trevor’s quick-witted rapport with the audience only added to the night. Such a great night, I’m thirsty for more.

Under the Milky Way – Trevor Jones Sings The Great Australian Songbook covers a lot of lyrical ground in a short amount of time. Which means it’s hard to play a game of favourites with this lineup. I tried. I failed. There wasn’t one song I didn’t know and love.

The mega-medley of songs by some of Australians most iconic female singers for me is up there at the top, including songs from the likes of Kylie Minogue, Tina Arena, Olivia Newton-John, Delta Goodrum and more. Other crowd favourites included songs from John Farnham, Cold Chisel, INXS and Peter Allen.

The Daryl Braithwaite Horses teases throughout the night might have you thinking the night ends with this song. You would be wrong. Wrong but not disappointed. While I don’t want to share too many spoilers because where is the fun in that, I will say… Trevor Jones, you can throw your arms music around me any night of the week with a show like this!

This show does, however, need to come with a few warnings. First up you are in for one thoroughly entertaining ride. The other warnings include no interval for this approximate 75-minute set. Not that you need or want an interval. The bar runs throughout the show but I’d arrive early and case the menu and wine list before the show starts, so you don’t need to leave your table once Trevor gets started.

Depending on the one audience request song that pops up midway, there may or may not be language. As was the case last night with Am I ever going to see your face again. You’ll want to know your Aussie music repertoire at this point when requests are thrown to the audience. Have them ready and scream loudly!

Lastly, as far as warnings go, don’t wear flammable clothing because this hot show could potentially start a fire.

Trevor really knows how to work an audience without even trying, so there are a lot of enthusiastic members of the audience singing, swinging and dancing in their seats for most of the night. At one stage phone lights came out and a couple of audience members, that didn’t have phones handy to play along, picked up the tealight candles from the centre of the table and swung them rather enthusiastically to the music.

In all honesty, this took away from what could and should have been one of my favourite songs for the night because I spent most of the song half expecting to be wearing hot candle wax or that my hair/clothing would go up in flames with one wrong swing from the woman at the table next to us. Anyone that’s been to Downstairs at the Maj would know how intimate and close the tables are to each other. Most of the time this is a good thing and one of the reasons I love this venue for date nights.

Which brings me to my only real request, in that the candles used for mood lighting on tables take a cue from Trevor’s sticky leather pants (that stuck to his piano seat for a lot of the set) and stick themselves to the table.

Song wise though, I believe the methodology behind the selection of Aussie songs for this show was more about Trevor’s history and love for those songs above anything else. Regardless of the how and why, I think Trevor nailed the great Australian songbook brief. Having said that, I momentarily wondered if a little something from John Paul Young should have made the cut, but I believe even though we claim JPY as our own he is actually Scottish?! If I do head back, I’ll be pushing for Love is in the Air to make the audience request song of the night.

To me, the first night for this show went off without so much as a hitch unless you include Trevor’s sticky leather pants which I believe were more of an issue for him than anyone sitting front row. Trevor did at one point joke about the set potentially running four hours long and I believe we did run over the 75 minute advertised running time. I for one would not have minded a four hour set from Trevor one little bit and if the audience reaction throughout the entire show, especially the end, is anything to go by I’m not alone in this regard.

Trevor is one multifaceted musician who delivered one hell of a performance with his band last night. That entertaining, I’m tempted to find out what night his mother will be in attendance and try and snap up tickets before they sell out because I believe the humour that I’ve come to love from this talented performer will be next level with the pressure of his mother in attendance.

Under the Milky Way

Downstairs at The Maj