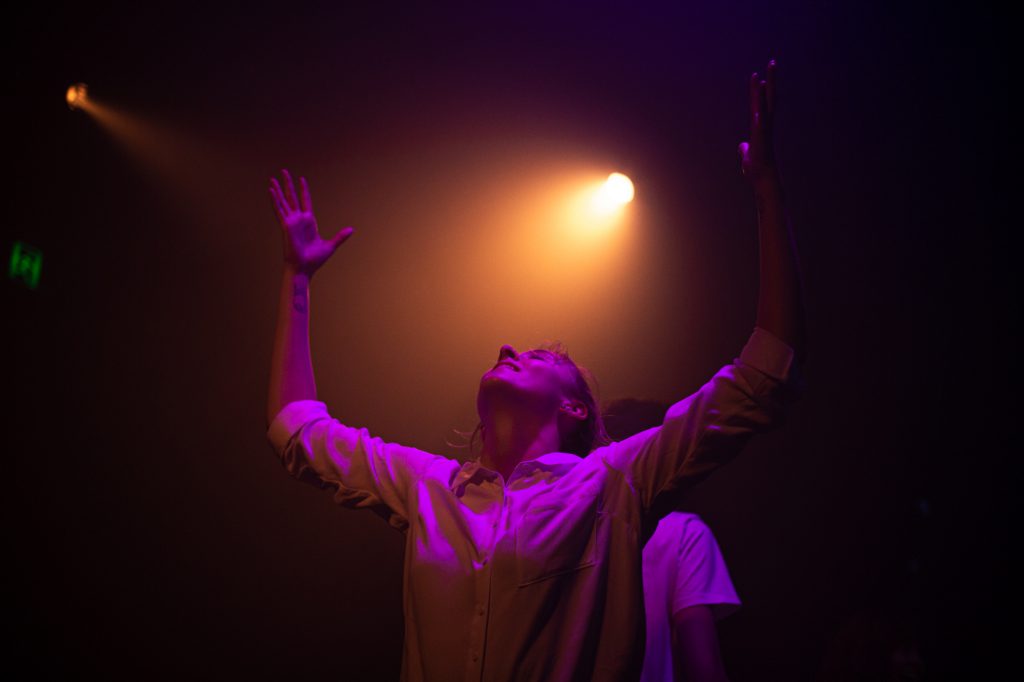 Ever watched a show or a film where a few short minutes felt like hours and you wanted your time back? The opposite was true for me with Floor Thirteen last night at The Blue Room Theatre. An hour, on the edge of my seat, fully invested went by in the blink of an eye.

Recent WAAPA graduates Marshall Stay (DAD, THE COCKBURN INCIDENT), Elise Wilson (COOKIES AND CREAM, GRACE) and Courtney Henri, (GIRL & THING) are behind this premiere work as part of The Blue Room Theatre’s 2019 season. The show looks at the foundation of memories and how we tell our own story. Delving us into a world where nothing is safe and you are left second guessing. Floor Thirteen is one of the most captivating performances I’ve seen out of The Blue Room Theatre this season.

Following the story of Phoebe, who finds herself trapped at 3 am in an elevator with nothing but a half-empty bottle of Moet and her anxious thoughts after more than a big night out. Profoundly alone, wrecked and panicking, she’s trying to figure out her next move. Over and over again, she ruminates on her memories from the evening dragging us along for the wild and messy ride.

Using cutting-edge technology, live projection and voice manipulations and an incredible ensemble of WAAPA graduates Floor Thirteen is a feast for the senses. A bold and powerful new work infused with clever tricks and sharp storytelling to create a memory-scape that slides between a party, a childhood home and Kings Park, when the reality has us trapped in a lift in the midst of a full-blown panic attack.

This is one of those incredible productions where I don’t really want to go into too many specifics by dissecting the piece to give you a blow by blow report. I honestly think you are better going in blind, with or without reading the program first, allowing you to piece together the truth as the story unfolds.

Provided you don’t have issues with strobe effects and loud noises, you really need to see this show for yourself. The full debrief aka conversation can happen after the fact. Starting with the clever set design that means that every seat in the house has a perfect vantage point.

After sitting on the edge of my seat captivated the entire show, I walked away wondering if the hour we had just witnessed was, in fact, a mere few minutes. I’m not sure the production would have the same impact a second time around but it’s such an interesting concept that I’m keen for more.