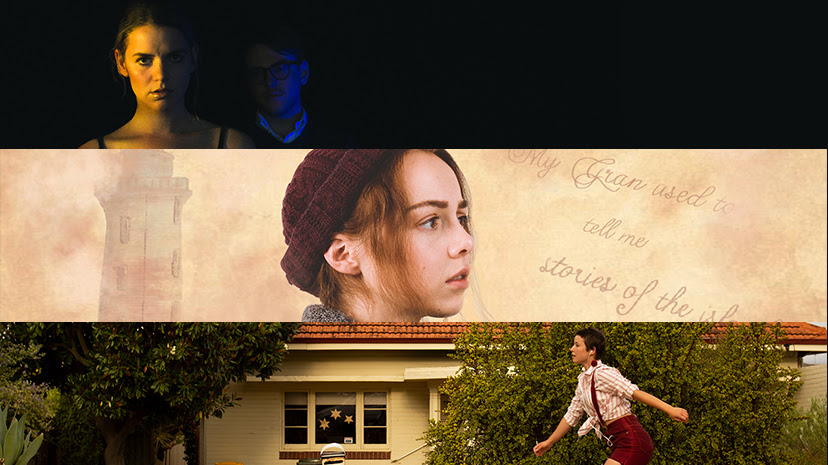 I’ve gritted my teeth and watched the clock through a number of student amateur hour productions over the years and dearly wanted my time back. I’m pleased to report that was far from the case last night with all three short plays that form part of NEXT now showing at Studio 411 thanks to Next Productions and Second Chance Theatre.

Created and presented by some of Murdoch’s newest theatre-makers and led by Scott McArdle (Laika: A Staged Radio Play) you are in for a triple treat with this intriguing collaboration.

Due to the short run time and the fact I’ve covered five films and six shows this past week, I’m keeping this review short and sweet. Only running for a further two nights, do yourself a favour and go grab tickets while you still can. It’s definitely an interesting and more than affordable night at the theatre, as well as a great way to support up and coming Perth talent.

A psychological journey into the human mind, the violent actions of men and the bravery of the average person. Played out as a true crime podcast on stage with live sound effects on the go, it’s captivating theatre that will have you on the edge of your seat and questioning your instincts at each and every turn.

There’s a lot going on, especially in terms of sound effects, so it can be hard to know where to look at times. Lighting helps direct you to a point but for the most part, this production being auditory based rather than heavily visual, you’re best to let your senses guide you while you sit back and enjoy the ride. Well as much as you can with a potentially gruesome crime scene.

The furthermost lighthouse from the Isle of Man until it mysteriously burned down in 1960. This is the story of its lighthouse keeper, his niece, and the thing in the attic.

Originally developed through Barking Gecko Theatre Company & ATYP, this was my favourite of all three plays last night. It was a mix of brilliant acting, set design and the mesmerising state of play that unfolds before your eyes that completely won me over and left me hungry for more.

I’d like to delve into a little conversation about the abrupt ending but I’m not in the business of spoilers and I fear I’ve already said too much but let’s chat after you’ve seen the play!

The best church you’ve never heard of. Come worship at the altar – bring roller-skates, cheese pizza, and your favourite playlist. Hail Satan! brings to life a new religion for the modern age, one where all are welcome and all can heal.

I’m calling this a memorial to all that is wrong (and the little bit that is right) with the world right now. This play covers a lot of ground in a small amount of time and much like the rollerskating session that unfolds, it will have your head spinning. An interesting conversation piece that packs an hilarious punch at times, it’s brilliantly executed with an underlying common thread and several tangents that interlock impressively in the end.

There were so many take aways from this play, I wouldn’t know where to start. Even though this wasn’t my favourite of the three plays last night, it was a great way to finish and I’d be keen to see this particular production developed further on a much bigger stage.

Overall, NEXT was a great night out. Hubby my plus one for the evening was just as impressed as I was with all three plays. There was an exceptional amount of talent on offer, starting and finishing behind the scenes with writer and director Scott McArdle. I’m looking forward to seeing what comes next for everyone involved. Chicken Rock was the standout play of the night, followed very closely by The Room Downstairs. While the subject matter was far from light, HAIL SATAN! was delivered with more than enough hilarity that made it the perfect note to end the night on.

I honestly lost track of time but I believe each play runs for 35-40 minutes with a small 5-10 minute intermission in-between.