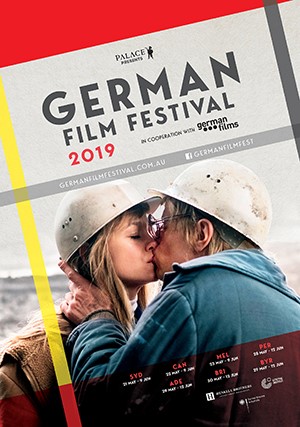 Screening at Palace Cinemas in Perth from 28 May, the German Film Festival expands its footprint in 2019, with the best new films from Germany, this year’s program, presented in collaboration with German Films, showcases festival favourites, works of auteurs as well as the brightest new talent.

The opening selection, BALLOON (Ballon) by Michael ‘Bully’ Herbig is a spectacular and thrilling true story of two ordinary families who extraordinarily escape from East to West Germany in a homemade hot air balloon. Starring Karoline Schuch, David Kross, Friedrich Mücke and Alicia von Rittberg the story of the 1979 flight from the GDR is perfectly timed for the 30th anniversary of the fall of the wall.

The 2019 German Film Festival kicks off from 28 May to 12 June, at Palace Cinema Paradiso, Northbridge & Palace Raine Square, Perth.

Thanks to Palace Cinemas we are giving our readers the chance to WIN one of five in-season double passes to the 2019 German Film Festival.