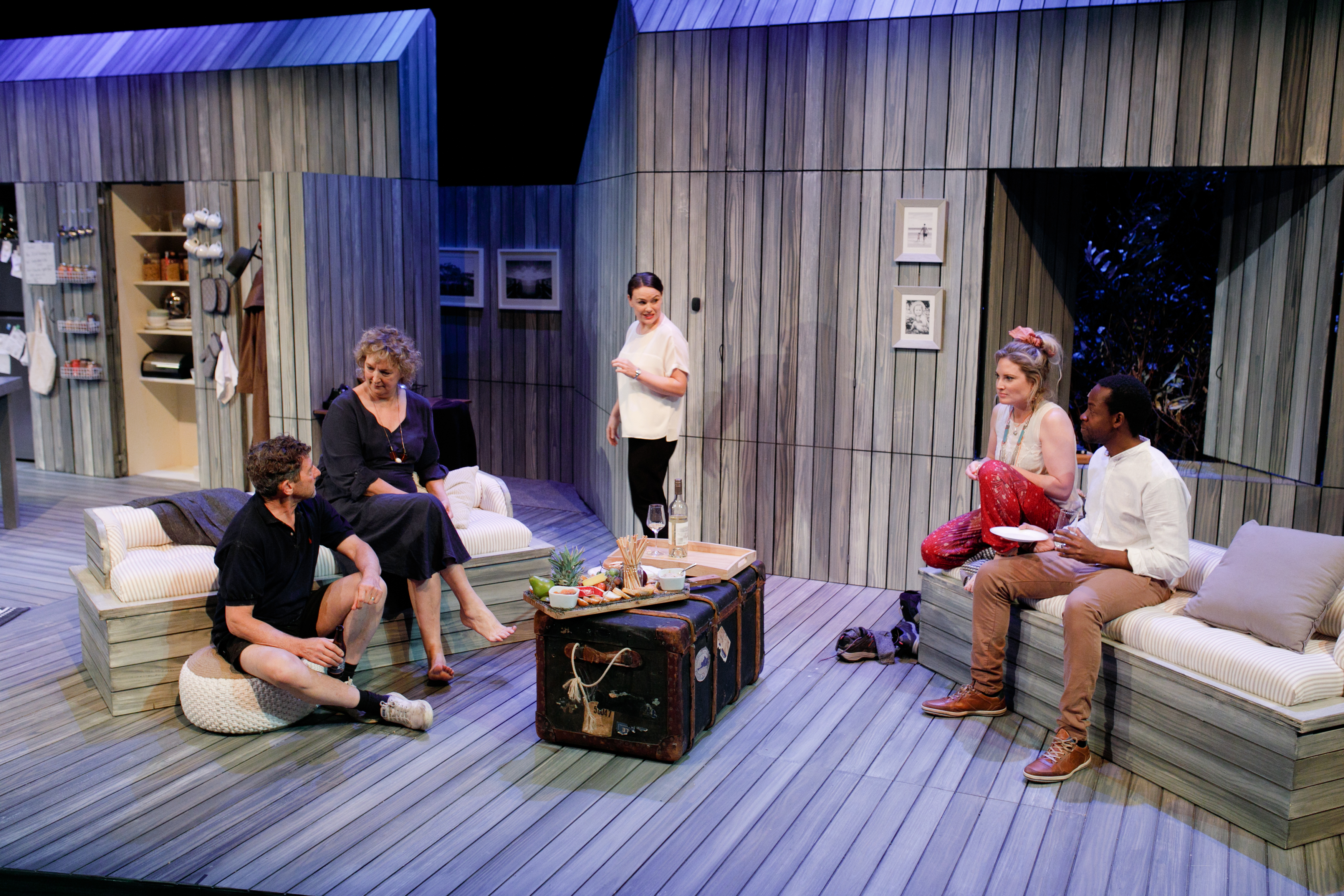 This incredibly time-sensitive project, given the upcoming federal election, is not a new narrative but one that needs to be heard. With Water playwright Jane Bodie pushes the asylum seeking and global environmental crisis narratives further, adding a retrospect that reiterates a past full of contradictions and a future that would suggest we still have a hell of a long way to go, with a whole lot more to learn.

Following the journey of Australian families born at different eras, who are united in their determination to create safe passage for their loved ones, the bulk of the production looks into the rather bleak not too distant future.

With limited water, no birds in the sky and tensions high, we find ourselves in the living room of the island holiday home of ex-politician Peter (Igor Sas) and his dutiful wife Beth (Glenda Linscott) on the eve of his birthday awaiting news of the federal election. Their two adult daughters Gemma (Amy Mathews) and Joey (Emily Rose Brennan) have also joined them, with Joey bringing an unexpected guest, Yize (Richard Maganga) and a truckload of attitude.

Chaos and dysfunction unfold over an impressive grazing platter and copious amounts of wine. Coming from a dysfunctional family myself, just minus the political elements, I found the family dynamic uncomfortably relatable and the characters more than believable. I don’t tend to play favourites when it comes to performers and on this occasion, I simply can’t. All actors delivered powerful standout performances but the speech delivered so passionately by Maganga playing Yize towards the end of Act One was deserving of a round of applause if not a mid-play standing ovation.

The clever set design means the transition from one period to another is fairly seamless. Not to take away from the serious message or the outstanding performances, I must confess, I found the introduction of the different timelines after intermission, individually, a little too brief and disjointed. Given the context and the displaced characters, I wonder if that’s somehow intentional on Bodie’s part.

While I would have been more than content had the production ended at the half-way mark, there is an interlocking theme across time that adds greatly to the narrative here. With so much time and emphasis spent on the future in the first half, the second half does feel a little rushed and in all honesty, given the play is almost 2 1/2 hours long (with a 20-minute intermission), it needs to be.

There’s a lot to be said in a little amount of time and Bodie more than delivers. In the scheme of things, the bigger picture really should be on the future, hopefully learning lessons from the past and we are given more than enough to walk away with. It’s the retrospective, however brief, that hopefully gives the audience a new perspective and a more rounded conversation going forward.

*Water may be the common thread and a scarce commodity in the not too distant future but I’m pleased to report cheese and wine appear to be in abundance. There is an impressive amount of wine consumed in the first half of the play. So much so that you find yourself wondering about bladder control or if the production should approach a winery for sponsorship. Just between you and me, I was reassured at the after party that the alcohol consumption is all a bit of an illusion. Coloured water and not nearly as much is consumed as it would appear.