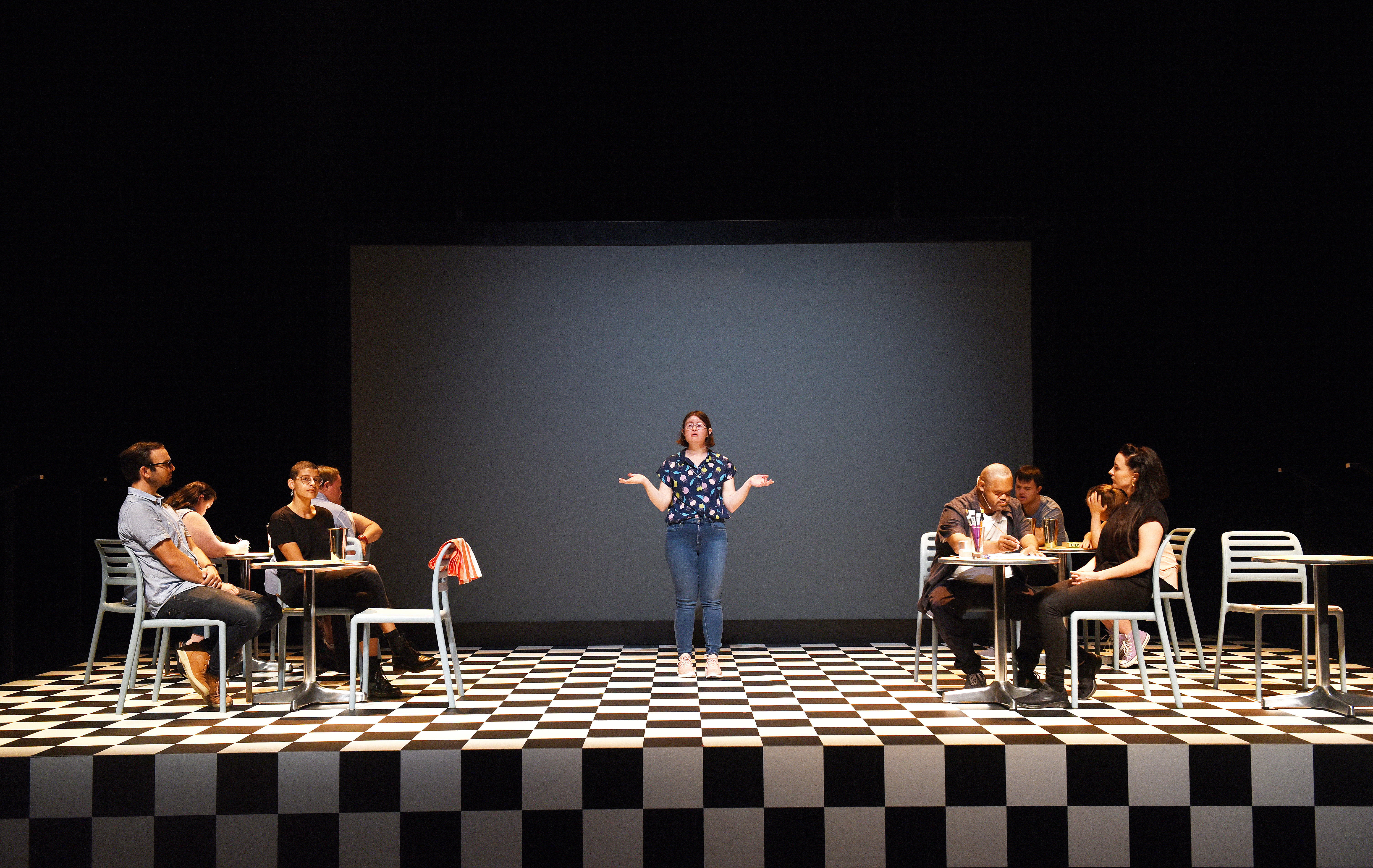 I honestly couldn’t think of a more apt way to spend International Down Syndrome Day last week than at opening night at the State Theatre Centre WA with Julia Hales and friends who return to the stage with their encore season of You Know We Belong Together, now showing at the Heath Ledger Theatre until March 31.

A story of love and dreams, You Know We Belong Together is more than a performance piece or live documentary, it’s a conversation starter. It cements Julia as one of the Perth Down community’s most passionate leaders and advocates bringing an awareness to the condition, which in turn has the audience looking at the positives rather than just the negatives of being born with an extra chromosome.

This show is also effectively a cheeky audition piece for Home and Away, as Julia who has watched the show from day one and has a life long dream of being on the show questions why we don’t see more people with Down syndrome on shows like Home and Away.

In this 70-minute scripted show, Julia shares her personal account of her experiences as a daughter, actor, dreamer and person with Down syndrome. Bringing family, friends and lovers along for the ride, for one incredibly uplifting and inspiring performance.

With the stage evolving into the set of the Home and Away diner, Julia introduces us to some of her fellow artists and friends within the Down community through filmed interviews, as well as gives us a guided tour of her home and life through film snippets before bringing some of those larger than life characters to the stage to join her in the diner. 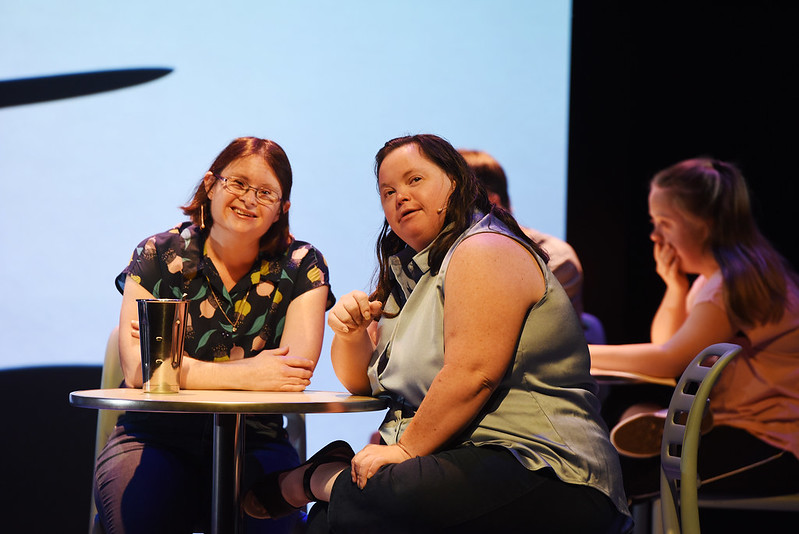 During the course of the night, we meet dancers Lauren Marchbank and Joshua Bott, performer and palm-reader Tina Fielding, visual artist Patrick Carter as well as Mark and Melissa Junor, who met and fell in love at a dance class and have been happily married for almost two decades.

There’s also an element of audience participation and your quintessential soapy style cliff hanger but I’m not in the business of providing spoilers. All I will say… the genuine warmth, sensitivity and hilarity that Julia literally brings to the diner  table for You Know We Belong Together will have you eager to be one of the chosen ones to join her on stage.

A Black Swan, Perth Festival and DADAA co-production created with director Clare Watson and writer and associate director Finn O’Branagáin, the creative team and cast behind You Know We Belong Together deserve just as much recognition as the star herself in bringing this live documentary together so brilliantly.

I walked away thinking the show needs to be adapted for television, only for Julia to announce she was in talks for a documentary during her opening night thank you speech. Only I couldn’t get close enough to her afterwards to clarify if it was an expansion of the show or something else. Either way, I’m keen to see more of this talented Perth local and I’m even keener for the conversation and the way society looks at Down syndrome to evolve into something more positive.

YOU KNOW WE BELONG TOGETHER