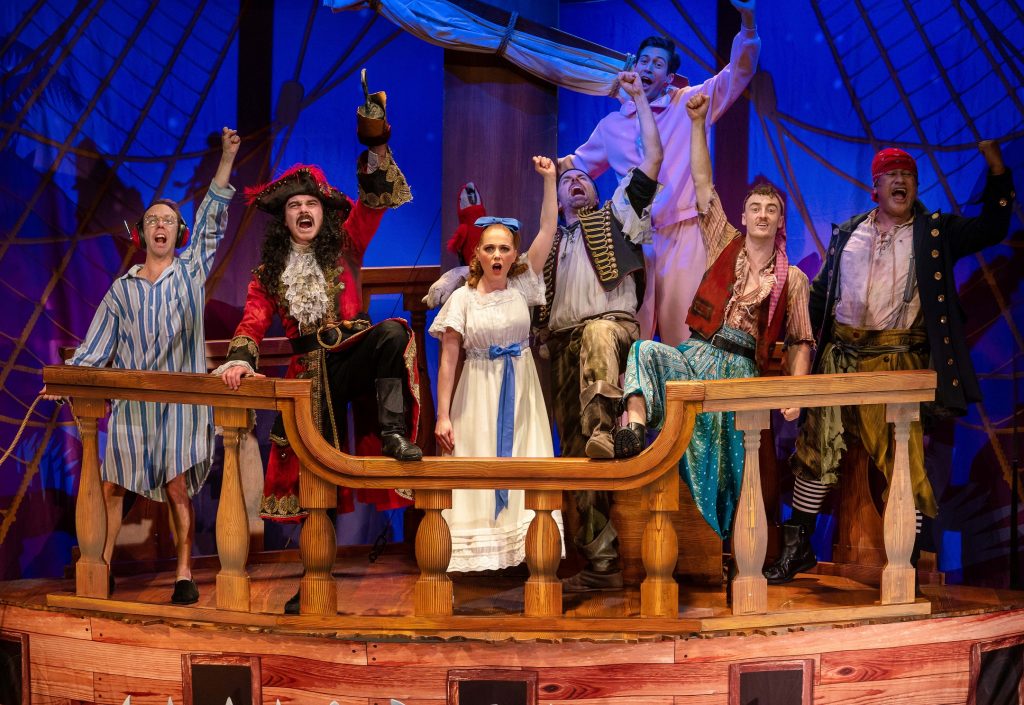 Following hot on the wobbly heels of the box office hit The Play That Goes Wrong, Mischief Theatre’s triumphant disaster Peter Pan Goes Wrong from London’s West End is coming to His Majesty’s Theatre from March 7-17 and we have two double passes up for grabs.

Leading the cast of incredibly talented actors is JAY LAGA’AIA along with seven of the actors who had audiences in stitches in The Play That Goes Wrong – DARCY BROWN, FRANCINE CAIN, ADAM DUNN, LUKE JOSLIN, GEORGE KEMP, JORDAN PROSSER and TAMMY WELLER.  All have been silly enough to sign on again with The Cornley Polytechnic Drama Society where they will once more battle against technical hitches, flying mishaps and cast disputes on their way to Neverland with hilarious and disastrous results.

Experiencing theatrical mayhem for the first time will be CONNOR CRAWFORD who recently appeared in Assassins at the Hayes Theatre and Sydney Opera House and TEAGAN WOUTERS who starred as Nicola in the national tour of the musical Kinky Boots.

“A dizzying, dazzling display of meta-theatrical brilliance” The Stage, UK

“a joyfully silly show that unpacks itself like a festive treat” Timeout, UK

Peter Pan Goes Wrong is directed by Adam Meggido, with set design by Simon Scullion, lighting by Matt Haskins, costumes by Roberto Surace, sound design by Ella Wahlstrom and songs composed by Richard Baker and Rob Falconer. It’s a winning combination in our books and speaking of winning…

Enter now to be in the running for 1 of 2 double passes to the 8pm performance on March 7 at His Majesty’s Theatre. If their last production is anything to go by, it’s guaranteed to be a truly hilarious night out.