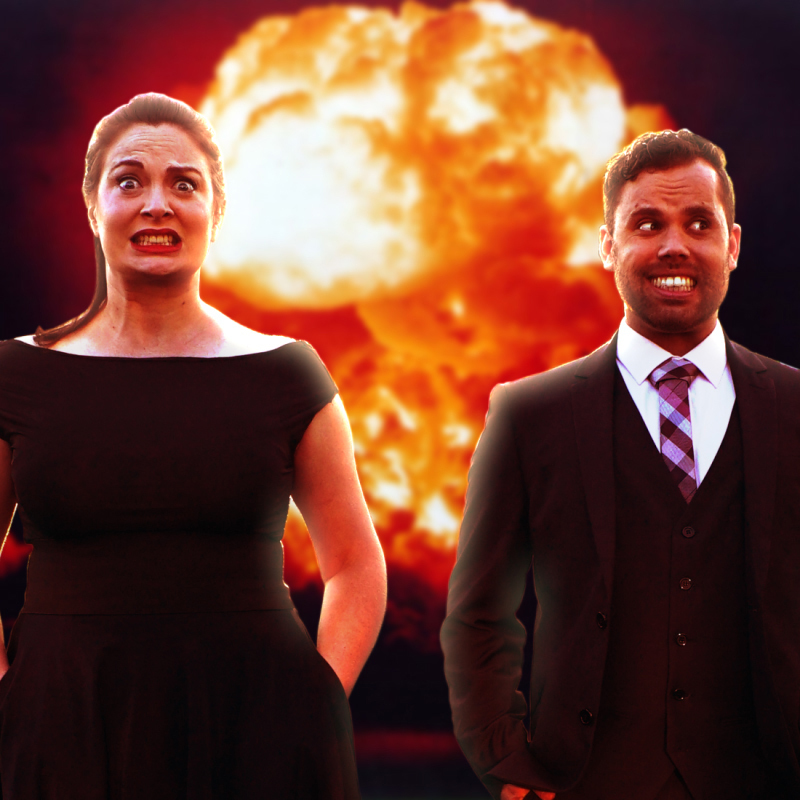 I’ll say it time and time again, to anyone that will listen… There’s just too much on offer this year for Fringe and not nearly enough time to work your way through the extensive program let alone pick and choose your battles. 700ish shows over 30 days.

Knowing hubby was away at sea for most of Fringe this year and I’m needed on the home front more in his absence, I originally set my Fringe limit at 12 shows. A more than manageable three a week. Seriously though, how do you choose just 12 shows? I tried. I failed. Each night I’m back for more, more, more.

At just over the Fringe halfway point, I still have 14 shows that I’ve signed on to see and a further 19 shows that are on my wish list. Oh, how I wish I could see them all. Most nights I’m seeing one to two shows. I haven’t at this stage managed to fit three shows into the one night but never say never!

Thankfully everything I’ve seen so far has been off the chart in terms of calibre and craft. All something to write home about and nothing that has me watching the clock, wondering what the running time of the show is or wanting my time back.

Last night’s Fringe offerings were no exception and I even managed to sneak in an impressive New Orleans session with Adam Hall and The Hot 6 at The Sewing Room on Wolf Lane before heading to Downstairs at The Maj. Prior to Fringing it up, I had a VIP perfumery workshop with 140 Perth. Nothing like burning the candle at both ends and you know that other saying…

One of the first personal pieces I wrote and published earlier on in the piece was in fact What Doesn’t Kill You Makes You Stronger… a fluff piece about my younger sister’s not one but two near-death experiences that may or may not have been at my hands. It was picked up by a bigger publication at the time and I enjoyed my first taste of viral affection. Back in those days, for me, that was around 45k views. Since the Eggspresso video affair with Karvan Coffee a couple of years ago, the affection meter is sitting on almost 6 million and counting given the 15-second video makes a comeback each Easter.

Some people have their 15 minutes of fame. Mine was 15 seconds and 6 million views. The first piece, much like the viral video, represents a weird and wonderful place in my online endeavours and life in general given the content.

Which brings me to the content of last night’s show. Perhaps due life experience, or my outlook on life, I’ve always gravitated towards near-death experiences that have a comical element, so I’m at a complete loss as to why this fabulous show flew under my radar last year. I’m guessing it has everything to do with the fact that there were too many shows on offer and not nearly enough time.

Having attended opening night at Downstairs at the Maj, I can see why WHAT DOESN’T KILL YOU [blah blah] STRONGER picked up the Martin Sims Award for best new WA work and was the WA winner of The West Australian Arts Editor Award at Fringe World last year.

A river guide gets swallowed by a hippopotamus…and survives.

A British stewardess makes it through not one, not two, but three shipwrecks,

including the maiden voyage of the ill-fated Titanic.

An Alabama housewife gets hit by a meteorite and lives to tell the tale!

These true stories and more make up WHAT DOESN’T KILL YOU [blah blah] STRONGER, a musical love letter to misfortune, and a tribute to those unlucky (or lucky?) souls who managed to escape it.

If there’s a word for grinning while you grimace, I need to know. I honestly cringed as much as grinned through this show. Just the way you want your Fringe to go down. The cringing was down to the less than palatable content like death and bowel movements… which is basically the tip of the iceberg. Speaking icebergs, there’s that too. All served up so brilliantly that even the less than palatable morsels will have you grinning while you grimace all the way through this show.

The performance is polished and thoroughly entertaining from start to finish, even with one of the lighting fixtures deciding to have a brief and rather loud (I was sitting at the front of the stage) hissy fit mid-show. Amazing vocals and a catalogue of original catchy songs will have you wanting to sing along. Meow, Meow.

There is audience participation towards the end and a certain cringe factor throughout. It’s basically a Fringe given. Nothing that would have you wishing for a table in the back or running for the nearest exit. Thankfully last night, someone in the audience volunteered eventually taking the pressure to perform off the rest of the room. They played their part so well, you would almost question if they were, in fact, part of the act or an actor themselves. I know for a fact, I couldn’t have pulled off an Argentinian/Irish accent, in a room full of strangers, at the drop of a hat and lived to tell the tale.

My only tip. The venue is fairly intimate and there’s not a lot of room to move between tables. Once you are seated, it’s best to stay seated. I’d suggest you hit the amenities before the show starts regardless of if you need to or not because you won’t want to be maneuvering your way across the room, especially to the toilet after a certain scene. Just sayin’.

One of my favourite Fringe shows so far this year. 4.8 worth casing stars out of 5 but we have our cringe to fringe meter running this year (see below).

Downstairs at the Maj – His Majesty’s Theatre

I would really love to see these guys take on the Darwin Awards next. Speaking next, Holland St Productions also have a second show, Dr Felicity Rickshaw’s Celebrity Sex Party opening at Fringe from Feb 9. If last night’s show is anything to go by, I’m in for a treat this Saturday night. Hope to see you there!