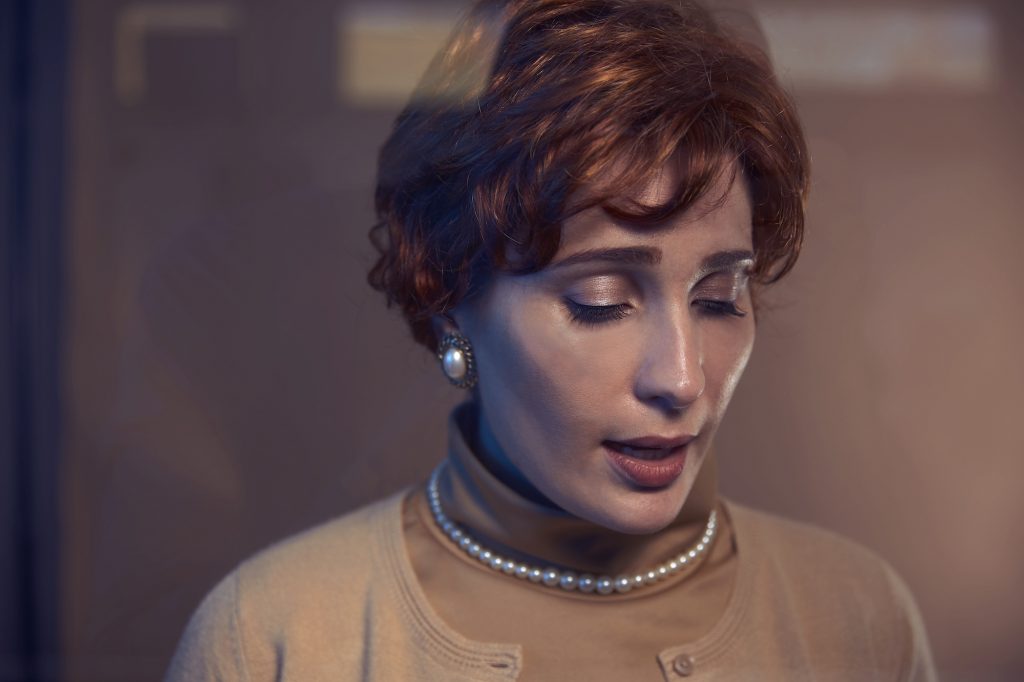 THE VOICE BEHIND THE STARS

At this point in my Fringe game, it made a wonderful change to move away from the Fringier more cringier side of town and into Old Hollywood with acclaimed cabaret, The Voice Behind the Stars, last night.

Following a sell-out run at Edinburgh Fringe Festival 2018, Australian actress and singer Eliza Jackson playing Marni Nixon, the most prolific ghost singer of all time, brings her self-written show to Fringe World Perth for a further 3 nights. And due to this short run, I’m just going to stop review proceedings here and quickly say…

I must confess at this point… I had no idea who Marni Nixon was. This show had me at ‘Old Hollywood’, so I wasn’t entirely sure what to expect going in and truth be told it wasn’t what I expected at all, it was so much more. The evening was just as informative as it was entertaining. I was spellbound the entire 60-minute set.

Dubbing for over fifty Hollywood films, Nixon was the singing voice for stars such as Audrey Hepburn, Deborah Kerr, Marilyn Monroe and Natalie Wood. This show tells Nixon’s story, the scandal, the secrets and the songs. Featuring much-loved songs from My Fair Lady, The King & I, West Side Story and more, Jackson’s performance as Marni Nixon is as impressive as Nixon’s prolific and uncredited career.

Dubbed the best film diva the world (almost) never saw or the “ghostess with the mostess”, Jackson finally gives Nixon the credit she deserves and in doing so shines a light on the Hollywood dubbing industry, offering us a behind the scenes glimpse of some of the world’s most loved movie musicals together with some of the gossip and secrets of the time.

This fabulous one-woman production deserves a longer run and I’d love to see the show in an even more intimate venue like Downstairs at the Maj.

THE VOICE BEHIND THE STARS

The Gold Digger at Fringe Central