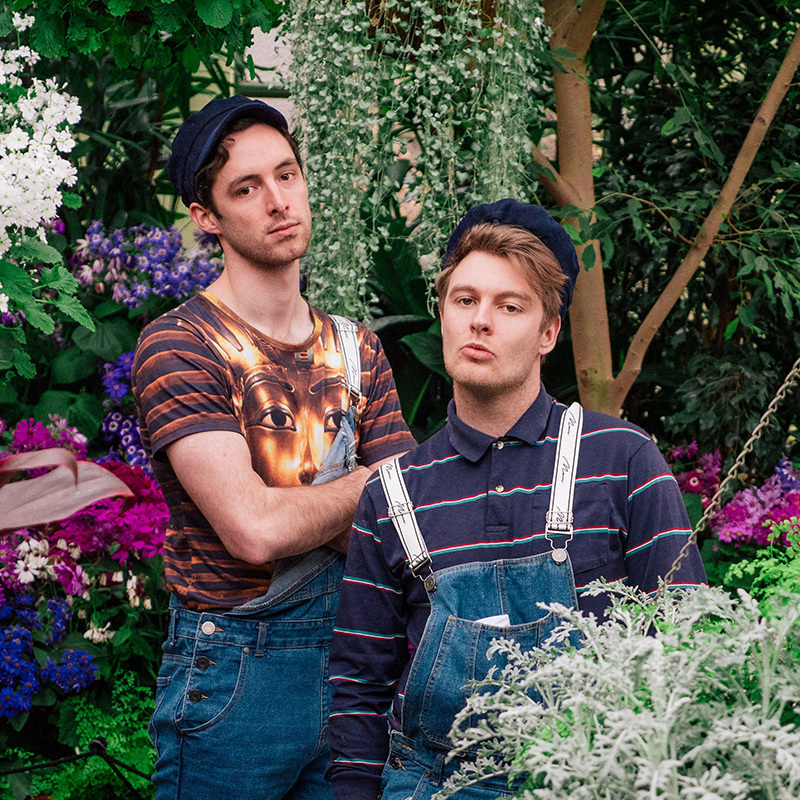 This one is messy. Oh so messy.

A man made entirely of ice cream.

All these and more await you aboard an otherworldly train conducted by the very cool and very smart Alec Rose (Matt Young) and Robert Tumb (Barney Pollock). They’ve been told their destination, but the passengers don’t seem to belong there… and the audience is dragged laughing and snorting (the laughing variety #justtobeclear) … for the entire 60-minute ride!

So last night I finally hit the cringier side of Fringe town with the comedy skit Paradise! A Cool & Smart Show at The Blue Room Theatre. Not necessarily a bad thing.

I, like most of the audience, walked away thoroughly entertained and equally confused. Not entirely sure what it was that we had just been a party to? I came away wondering how something so wrong, so very wrong… could somehow be so right. Although right isn’t probably the right word here. I’m honestly lost for words on this one. I have no idea where to start or if I even should.

Having said all that, I haven’t laughed, cried, cringed and gagged that much all Fringe. Let alone in the one 60-minute set.

Truth be told, I laughed out loud for several minutes after departing the theatre, as did hubby my partner-in-crime last night. And the set pretty much looked like a crime scene by the end of the night. I’m surprised tickets aren’t double the price to cover cleaning costs.

I’m not sure if it was the more than receptive preview audience or a case of being shocked into hysterical submission, but I wasn’t the only one having a hard time containing themselves. Much like a hard to contain yawn doing the rounds in a room full of people, the hysteria was contagious.

Even now, I seriously can’t work out if this production is insanely clever or just insane. Like most Fringe shows, it does come with a few warnings [loud noises, sexual references, drug use and frequent coarse language]. Personally, I think there should be a few more. There is a minimal but not so excruciating audience participation element and I could have done with some protective clothing at one point. I’d also suggest you wear waterproof mascara because you will laugh that hard you will cry.

There’s only one thing that would have made this night even more hysterical and the altered reality we were presented with even more altered and that’s if the show was carried out in an actual train carriage. Now there’s taking this show which is already pushing so many envelopes to an even more bizarre level. Probably not a show I’d be keen to head back for seconds knowing what’s coming but one I’d definitely send ALL my family and friends to, just so we could dissect and laugh a lot more afterwards.

I should add this isn’t a two-man show. The cameo appearances towards the end, especially the one packing a massively impressive package, add even more to the show. Rather than go into too many specifics because I wouldn’t want to spoil it for you, I feel the need to hand out a couple of awards and forewarn you that you’ll never look at ice cream the same way again. Especially if you are sitting front row.

If there was an award for most laughs, this show takes the ice cream cake!

As I said earlier, the set was pretty much a crime scene by the end of the night, so this one is for the cleaners who certainly had their work cut out for them given the short turn around with Silence My Ladyhead kicking off on the same set directly after!

Read that as you will.