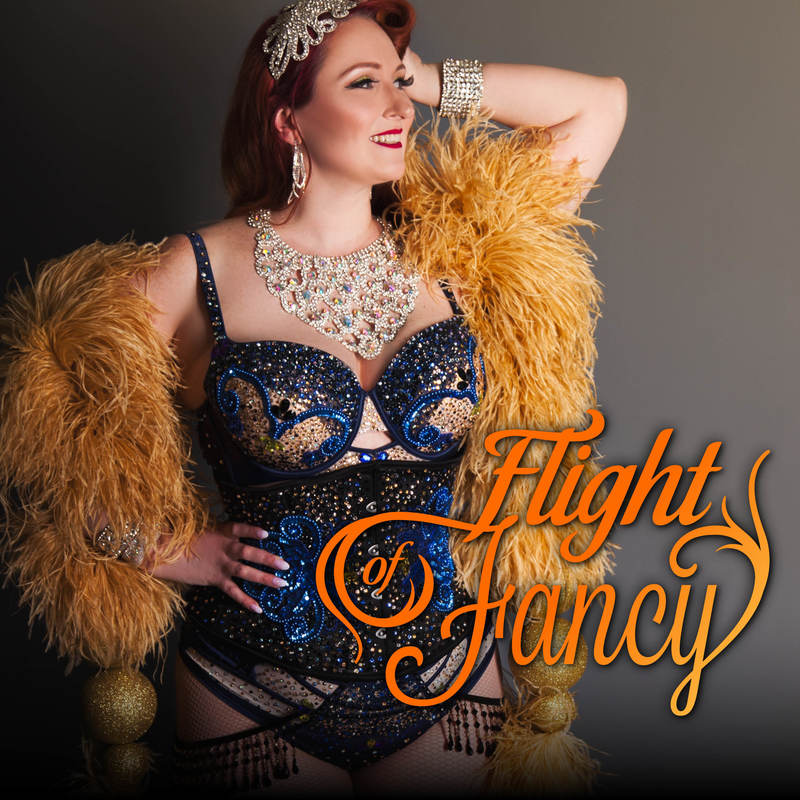 Last night I had my first foray into burlesque in Perth with Whisky Amore’s titillating adults-only show, Flight of Fancy, now showing nightly until the end of Fringe.

Not the burlesque I’m accustomed to, this was a whole lot more. Flight of Fancy has been fringed up with Whisky bringing a few of her favourite acts, currently in town for Fringe, into the spotlight for this fun night. This show is a perfect way to ease yourself into Burlesque and catch a variety of Fringe acts along the way with a hand-picked crew of charismatic performers from the realms of burlesque, circus, magic, music, drag, and comedy, treating audiences to an incredible principal cast who are joined by a brand-new bevy of spectacular guest performers each night.

Hosted by British comedian Andrew Silverwood, this man certainly knows how to work a room. Whipping the audience into a frenzy from the get-go, with that frenzy continuing throughout the show. And what a show. One extraordinary act after the other with barely time to recover in between.

Featuring artists from across the globe, there’s sure to be something for everybody in this fast-paced cavalcade of stars. For me, last night, it was McMagic Moments’ Elliot Bibby. Having caught his show earlier in Fringe {REVIEW HERE}, I would have loved to have seen Bibby’s set run slightly longer. Another favourite was American burlesque performer Jezebel Express, as was principal act Whisky Amore, who has more than a bit of a burlesque following here in Perth.

The ongoing possibly cultivated chaos with the performer that may or may not have arrived fell a little flat on me but interestingly for all involved a spider literally dropped in to save the day and scare the pants off Silverwood (thankfully not literally). With the lights now on and a team of people springing into action, on a catch and release mission, that joke about how many people it takes to change a light bulb sprang to mind. With the spider caught and released the real show and the high energy of the room recommenced.

ONE FOR THE ROAD?

If you loved this show, it might also be worth casing Whisky Amore’s second variety show Night Cap which is premiering this Fringe. Night Cap is your sexy ‘one for the road’ at the end of a hot summer’s eve.