Holy guacamole how are we already in February? We are currently in the thick of Fringe World here in Perth, where I’m reviewing one to two shows most nights. The chaotic schedule has me not only colour coding my review schedule but my fabulous team of plus ones, with hubby working away at sea.

With so much on the go, I’m really glad I opted for the extended break over Christmas, slowly easing myself back into things throughout most of January.

So far, I’ve been pretty lucky with Fringe shows this year. No mean feat given there are 700ish shows over 30 days to choose from. In my opinion, it’s just far too many and I wonder if going forward a more concise approach might be a better choice for all involved. Especially given Perth Festival overlaps and everything else that is on offer in Perth during summer school holidays.

When it comes to Fringe and selecting the right shows, I’m not normally one for audience participation. Having said that, I’ve been known to enthusiastically throw hubby to the wolves on occasion. Last night, however, it somehow became my turn. The first part my choice, the second, not so much but both experiences, if somewhat out of my Fringe comfort zone were a whole lot of fun.

You can read all about my latest Fringe escapades and shenanigans over on Instagram or Facebook. I’m hoping that any video evidence floating around has now been destroyed for fear I may self destruct if it comes to light. Completely no idea what face I’m pulling in the photo below. I believe this was taken directly after I hit myself in the face with the microphone and before my rather loud rendition of Mamma Mia. Such fun… as is the rest of what I’m about to say! 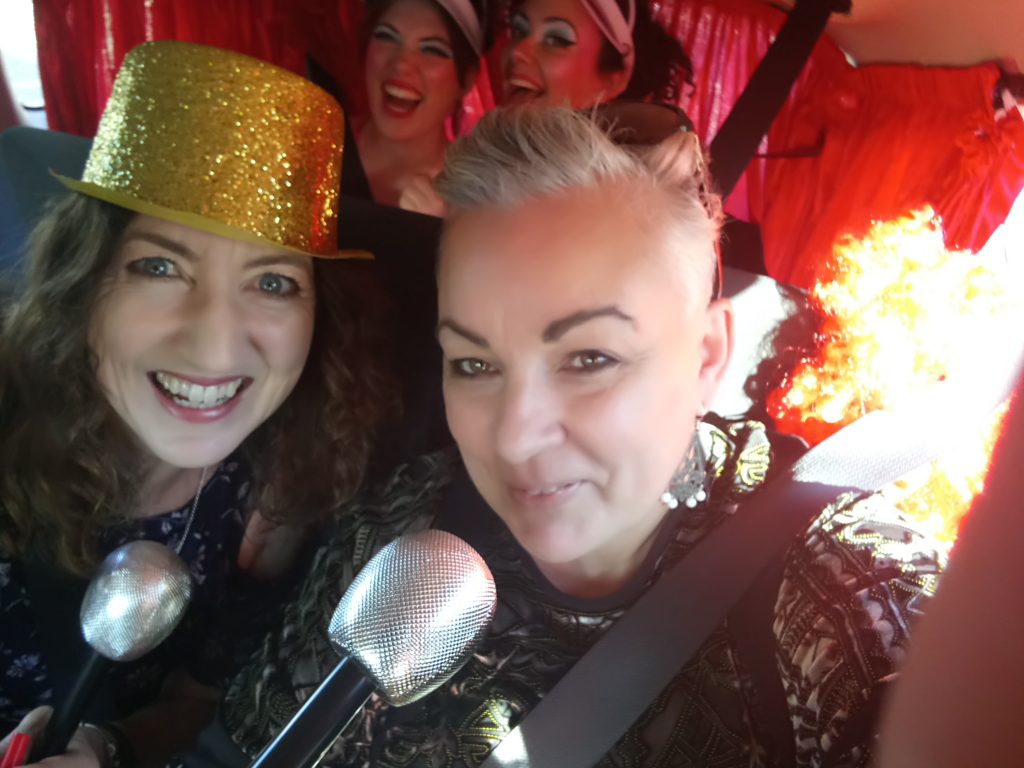 I also owe a certain Canadian comedian, who was part of the mystery line-up for Entree last night at The State Theatre, a huge apology. I have no idea why he thought I, out of everyone else in the room, would be a suitable target. The fact I reminded him of his grandmother Rita didn’t help matters.

I have a few reasons why I chose not to play along in the audience participation stakes. I suspect my level of resistance was playing into his hands and egging him along. I’m also guessing he got a lot less or a whole lot more than he was bargaining for. I’d love to explain more but it was one of those you had to be there moments, only you probably would have found yourself wishing you hadn’t been there if you were in my shoes aka seat and you’re not wanting to be dragged into the spotlight.

All I will say in regards to what went down (and I should clarify that I was equally amused and impressed as I was uncomfortable)… I have a real aversion to belly button fluff. When the comedian in question raised his shirt to check for said fluff, I honestly thought I was saying ‘please don’t’ in my head. I blame my complete phobia of said fluff and his continued attempts to drag me into the spotlight, for actually uttering the words rather loudly for all to hear. Again, sincere apologies.

At this point, I’d like to offer to make it up to the comedian by way of a review of his full show (or a tattoo removal service) but honestly… he lost me at belly button fluff and I’m just not game to go there again, unless I’m sitting back row in a disguise or I can play the ‘I’m a celebrity get me out of here’ card.  Now there’s a thought.

Seriously though, all of the above is completely in fun. As was the entire night. I’m tempted to jiggle my review schedule so I can catch the full Evan Desmarais: Excitable show before it closes on Feb 3, you should join me in the back row!

Now on to far more palatable things… like winning great prizes. If you are an Aussie Business or Blog hosting a giveaway, this is the place to link up. If you are just in the business of wanting to win some awesome prizes, this is a great place to bookmark and head back on a regular basis as new giveaways are being added almost daily.

We also have a closed Facebook group which has been buzzing this past month with FB exclusive giveaways and more.

You can review our link guidelines and meet our co-host Jody (Six Little Hearts) HERE.