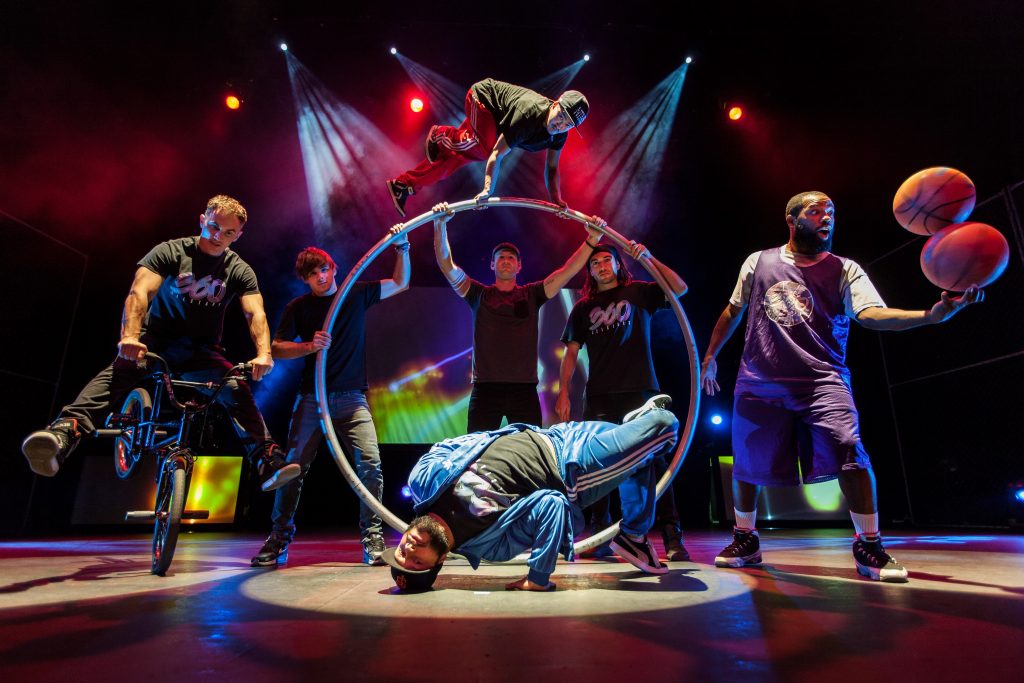 The International hit urban circus, 360 ALLSTARS, premieres at Fringe World in Perth this month and we were lucky enough to be there opening night with our five lucky winners and their families.  Who by all accounts loved the show as much as we did.

Internationally-acclaimed, 360 ALLSTARS is a phenomenal physical performance which explores all forms of rotation, connecting the street with the elite to deliver a supercharged urban circus. 360 ALLSTARS is a spectacular fusion of the extraordinary artistry that emerges from street culture.

A magnificent, colourful and astonishing expression of a generation that has reinvented public performance, 360 ALLSTARS is a revolutionary production that will leave you dizzy with excitement!

Although, I believe I was more pumped than dizzy. With so many shows to choose from this year (I believe 700ish over 30 days) it can be hard to know which way to go. For me, this show was a real surprise package and leaps ahead to similar shows being offered up this Fringe. It is, for the most part, high-energy and loud thanks to the live music which gives this show its edge. Something to keep in mind if you have little ones who aren’t fans of loud noises. Although having said that, the little ones, that we were lucky enough to sit next to on the night, were having just as much fun as us oldies in the crowd.

TEATRO AT THE WOODSIDE PLEASURE GARDEN

We have 5 double passes up for grabs for their first show on Wednesday 23rd January at 6.30pm for 5 lucky readers.