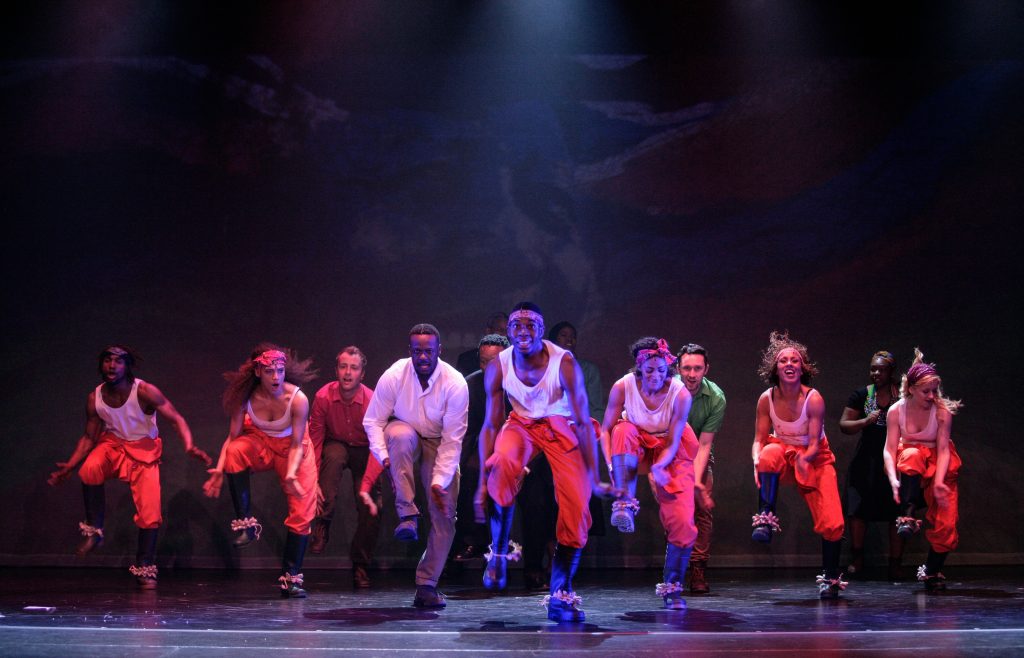 Our friends on the east coast have been raving about the energetic and compelling stage show Madiba the Musical – a Celebration of the Life of Nelson Mandela.  The show heads to Perth in the new year before heading to Adelaide and we are super excited to have double passes up for grabs for three lucky readers for a preview show on January 2nd. I personally couldn’t think of a better way to kick start the new year and if experiences are on your Christmas wish list this year for those hard to buy for family and friends who are a bit partial to the theatre, I would definitely start here!

Madiba the Musical, which celebrates the life of the former South African leader, who would have turned 100 in July this year, is interwoven with stories of the fight against apartheid and forbidden love in a troubled land.

Playing the role of Nelson Mandela is Perci Moeketsi, a South African star of stage, television and film, who dared to dream the impossible, encouraged by Mandela’s own words: “It is impossible until it’s done”.

African dance and vocal traditions are given a contemporary setting alongside eternal love songs and stirring anthems in a show that tells of Mandela’s life work as a lawyer and activist for peace through the story of young artist Will, who is the victim of apartheid in South Africa.

Madiba the Musical began its journey in France with its world premiere at Le Comedia Theatre in Paris in January 2016.

Neil Croker said “Madiba the Musical is a production with both a fantastic and moving story, and some truly fabulous and joyous music and dance. This cast we have assembled of such authentic and talented actors, singers and dancers will deliver to audiences a memorable night of informative, challenging and uplifting theatre”.

Popular Australian Actor and singer, Tim Omaji, also known by stage name Timomatic, plays the role of Sam Onatou, a young black activist who is arrested in South Africa. In prison he meets the man known as “Madiba”, Nelson Mandela.

Madeline Perrone plays the policeman’s daughter Helena, who Sandy asks to help free Mandela. Barry Conrad, Sandy’s younger brother William, falls in love with Helena. As a fictional parallel story to Mandela’s work as a lawyer and activist for peace, the romance between young artist Will and white Afrikaans girl Helena tells of the struggle and tragedy of the apartheid regime.

Sebrien and Hadida said that in creating Madiba the Musical, they wanted to tell the story of Mandela’s pursuit of peace and reconciliation in his homeland. They said the musical was also timed to mark 25 years since the abolition of apartheid in South Africa, and the year that Mandela would have turned 100 if he was still alive.