All that glitters is GOLD!

Opening night or not, you only have to walk into the State Theatre Centre foyer to feel a bit of the glitz, glamour and opulence. The recent art additions that line the foyer walls just add to that. The productions we’ve seen this year both at the Heath Ledger Theatre and Studio Underground have all been a mix of extraordinary and exceptional, only leaving us wanting more.

It’s this quality of theatre that almost transports us back to our theatre-going heydays back in the 90s. A time when we were first dating in Sydney and thanks to my work at the time, who sponsored the arts in a big way, we were hitting the theatre or opera every other week. Innovating shows like Andrew Bovell’s Speaking in Tongues at the Stables Theatre in the Cross and Table for One at the Ensemble Theatre starring Sonia Todd, were just some of our highlights back then. We’ve had several other intermittent highlights over the years but it’s only recently that we’ve returned to the theatre in a big way.

Xenides now showing in Studio Underground, is without a doubt, for me, one of this year’s theatrical highlights. We might not get all the shows here in Perth, but I’ll say it time and time again, what we are getting thanks to Black Swan Theatre Company is of the highest calibre and it’s worth grabbing their 2019 program now and saving several dates. 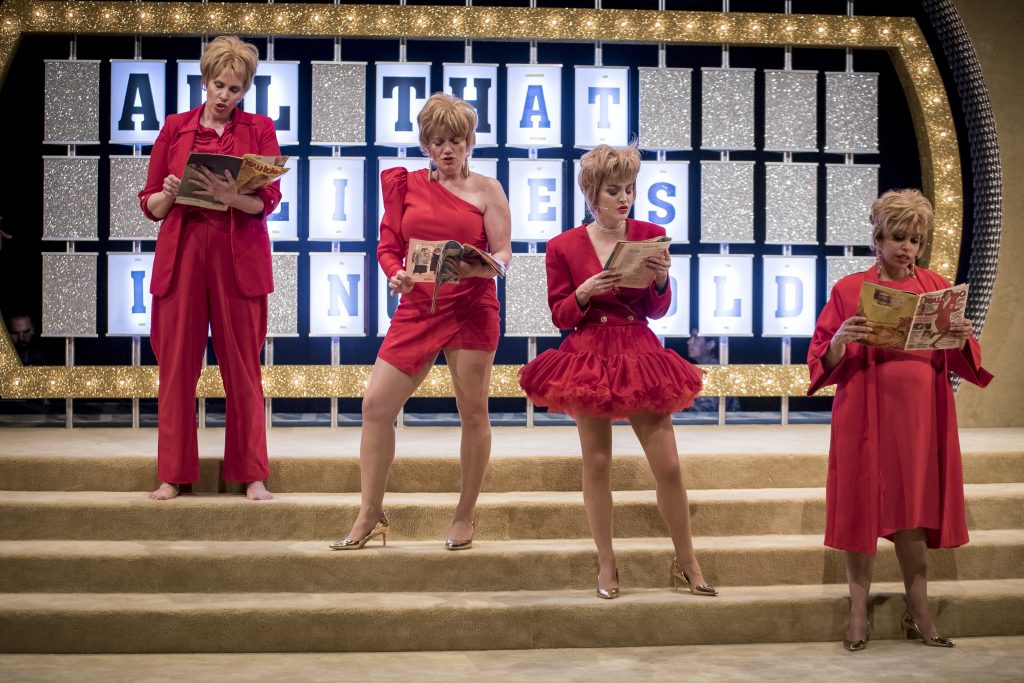 I’ll have a B for brilliant!

A top dollar musical that peers behind the glitz, the glamour and the fabulous prizes of Australia’s favourite game show, Wheel of Fortune, with Adriana Xenides, the darling of TV Week and glossy magazines, who made a visit into almost every lounge room across Australia. Xenides wore 4,000 dresses, turned 200,000 vowels, traversed 500km in killer heels and after 19 years, won a place in The Guinness Book of World Records for being the longest serving game show hostess.

Adriana Xenides’ biography is operatic in scale. It’s a story that draws on many tropes: rags to riches, the migrant’s journey, the fairy-tale princess and the tragic icon. Xenides mixes the parochial and kitsch with bass notes of affecting empathy. It is a work that is both hilarious and tender and in Artistic Director Clare Watson’s inimitable style, the piece challenges cultural paradigms and systemic misogyny with its tongue firmly in its cheek.

“we programmed these shows to look at the representation and roles of women and the things we are and aren’t allowed to represent and talk about. In the Next Room is essentially about female pleasure and Xenides is about a woman representative of a two-dimensional, relatively silent clotheshorse. It is about giving women voice and stage time – two things we don’t always prioritise.” CLARE WATSON

Xenides is the second in a triptych of ‘80s celebrity portraits (alongside I Heart John McEnroe and The People’s Princess), conceived by Clare Watson and created by Uninvited Guests. A high camp, existential, devised work which consists of existing songs from the 80s and original composition.

Is it a play? Is it a musical? Is it a tribute show? Is it a protest piece?

Rather than a protest piece, I would call it a conversation piece. It’s a transformative and riveting mix of the first three with a complexity that will keep you on your toes the entire show.  It’s the layered level of complexity delivered so brilliantly by all four actors which make this my favourite Perth production for 2018, so far!

The stage is transformed into the set of Wheel of Fortune (minus the wheel) with four actors front and centre all playing Adriana as well as themselves. All bringing something unique to the production. All exceptionally talented. The real talent though is the piece itself as well as the soundtrack to Adriana’s life, composed by Xani Kolac. Kolac also forms part of the 3 piece band that performs live on stage.

To be expected, the Wheel of Fortune theme song makes an appearance but the final song Hymn for Her was the perfect note and theme song to end on. You know how much I love personal theme songs and soundtracks of your life? Right!

Speaking Wheel of Fortune, I must confess, it was rather surreal sitting in the opening night audience with Wheel’s very own Baby John Burgess, who by all accounts loved the production just as much as I did.

Hubby was my plus one for this show and while he too thought the show was brilliant, like a couple of people I spoke to afterwards, he found it a little hard and confusing at times to keep up with the actors switching almost mid-sentence or song between themselves and their character, Adriana. I, on the other hand, loved the dialogue and the quick-witted method it was delivered.

I’m really keen for all my girlfriends to head in and see this show before it ends on Nov 11, so we can start a conversation. I  would also love all my male bosses from the 80s and 90s to see it as well but suspect a lot of the message I would like to hit home with a sledge hammer would be lost on them.

Enlightening, entertaining and several shades of brilliant.  4.5 worth casing stars out of 5! 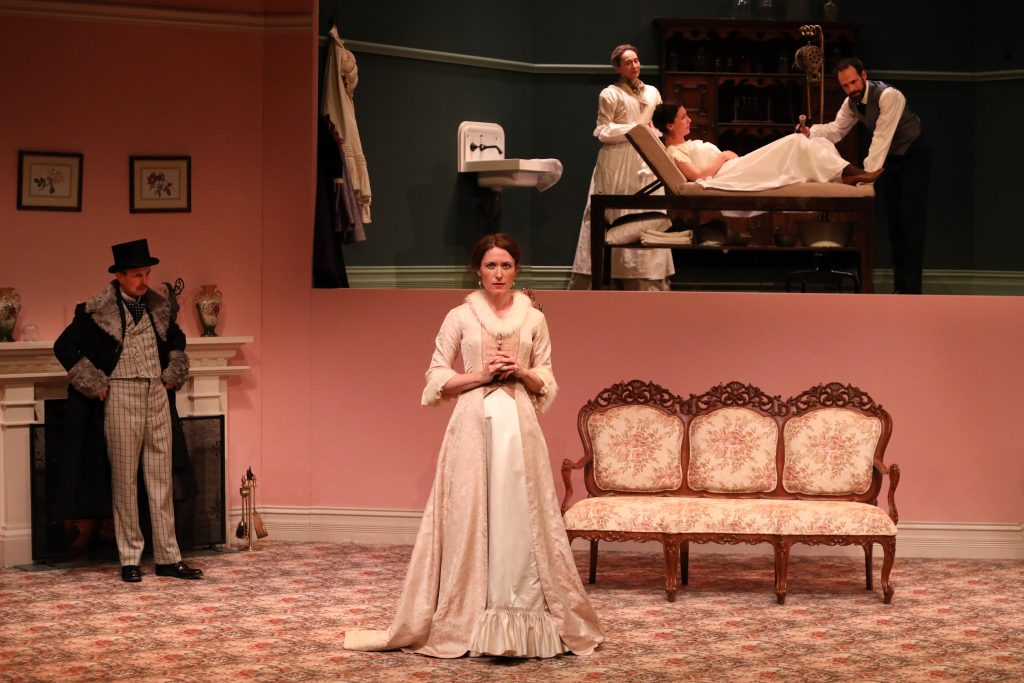 Nominated for three Tony Awards and a Pulitzer Prize, this is a play guaranteed to hit the spot!

Hilarious and provocative in equal measures. There are undertones of repression and a general longing for meaningful connections with just enough humour to make the subject matter far more palatable than I ever thought possible.