At first I was afraid… I was petrified, keep thinking what the hell had I signed up for with my plus one by my side… 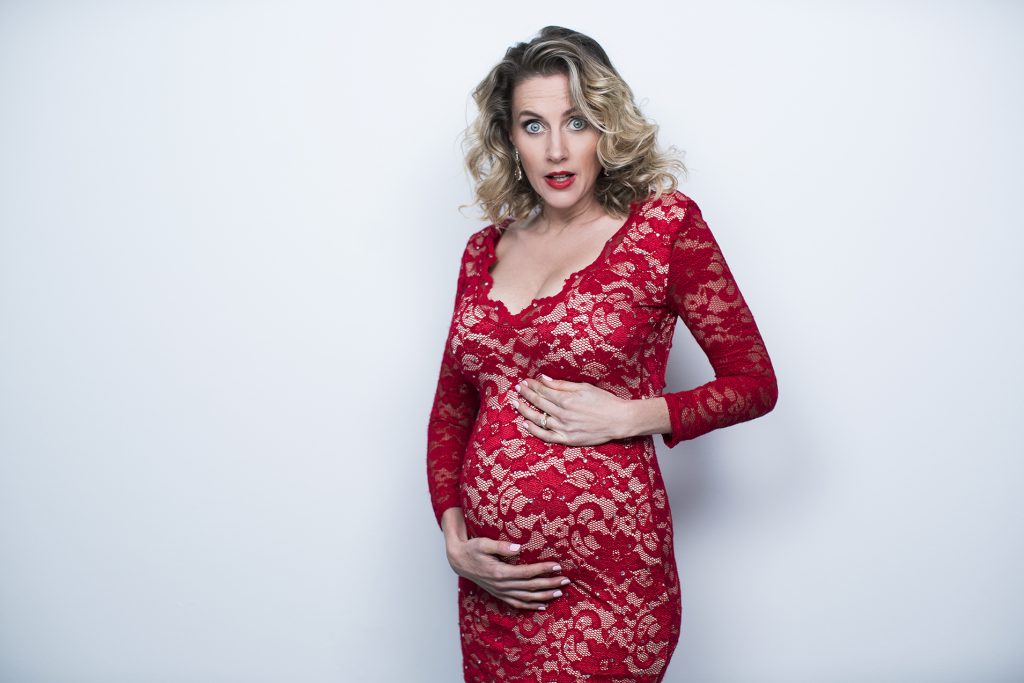 THE BREAST IS YET TO COME

Cabaret’s princess of parody, Amelia Ryan waddled into Downstairs at The Maj last night with her latest show The Breast Is Yet To Come. Having performed award-winning cabaret internationally and regaled audiences with her tales of debauchery, Ryan is now embarking on her most creative project yet – motherhood.

This musical jaunt sees the ex-stripper take a surprise turn towards the domestic, as she ponders the big questions of any new Mother-To-Be.

“Pregnancy is quite incredible, yet it’s something rarely reflected (in detail) on stage. It’s something we can all relate to on some level, because we’ve either been pregnant or are here because it.”

Featuring a completely believable and totally fail-proof birth plan, an impressive labour playlist and some interesting audience participation, this comedy-cabaret is a guaranteed hilarious night out for parents and non-parents alike.

“It’s a very honest, fun and relatable trip down memory lane for those who’ve been pregnant and/or parents, and an eye-opening one for those who haven’t”

With Ryan’s signature combination of heart and hilarity, The Breast Is Yet To Come is an honest, relatable, and revealing foray into impending parenthood and womanhood, and asks if the best (and breast) years are a thing of the past, or if they are indeed yet to come.

I must confess, I never once contemplated taking my husband to this show. Instead, I took a fellow mum for a long overdue catch-up. To me, it made more sense to take someone that has been through pregnancy and birth. On arrival, I was more than surprised to see more than a few males in the room. In hindsight, it would have been equally interesting to see the show from a male perspective and nominate my hubby as chief baby-daddy.

Speaking baby-daddy… if you’ve been feeling underappreciated by your baby-daddy, especially if you are new to this parenting gig… you really must see this show. Be sure to drag your baby-daddy along for the ride and be ringside for the audience participation. Then eagerly offer them up on a platter to Ryan and take notes or video evidence if that is permitted. You can thank me later.

As hilarious as this show is, coming from someone that has been there done that three times over, I’m not convinced this show is for anyone newly pregnant or planning a pregnancy. Possibly too much of an eye opener and something that will only be funny in hindsight 10 years from now? Then again… the males laughed just as hard as the females last night AND… that laminated birth plan would come in handy and copies of it should be on offer alongside the CD at the end of the night.

Completely hilarious albeit verging on comically cringeworthy at times, only Amelia Ryan could make the trials and tribulations of pregnancy and birth something to sing home about, so soon after giving birth!

4 out of 5 worth casing stars

Cabaret performer Michael Griffiths is on the keyboard for this show, occasionally joining in on the banter.  Direct from London and Edinburgh Fringe, Helpmann award winner Griffiths has his own show coming up next month at Downstairs at the Maj, exploring the songs, stories and locomotion of Kylie Minogue.

The Breast Is Yet To Come

Written and performed by Amelia Ryan

27 – 29 September, His Majesty’s Theatre, Downstairs at The Maj

Use code: AMELIARUSH at checkout for $25 tickets!