Everyone’s a winner baby… ain’t the truth with this fab promotion running daily (until May 27th) at The Merrywell, Crown Perth with West Coast Eagles and Fremantle Dockers joining forces to raise money for charity.

Earlier in the month we shared a snippet of this epic battle and its charity element with our email subscribers before heading off to Singapore. I must confess, I was having far too much of a foodie good time in Singapore that I really didn’t want to come home. Knowing we were heading straight to The Merrywell on our return with a view to putting their battle of the sangas to the test certainly helped matters.

For those not up to speed…

The Merrywell at Crown Perth has come together with both the West Coast Eagles and Fremantle Dockers to launch two footy-themed “sangas” to raise money for both clubs’ charity of choice – with $5 from every combo purchased going to each clubs’ charity. The promotion has been running since ‘Derby Day’ and ends this Sunday May 27th. 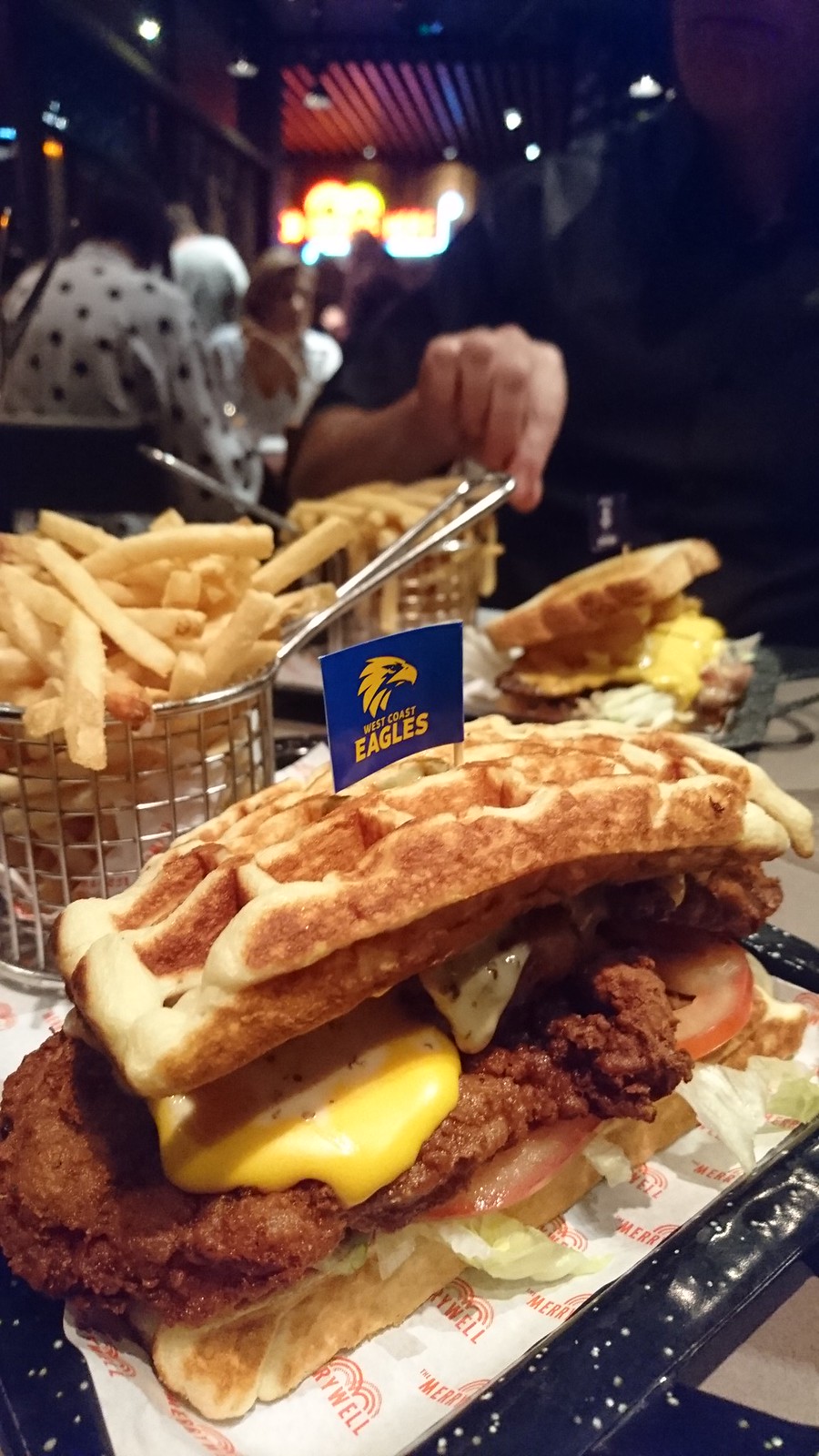 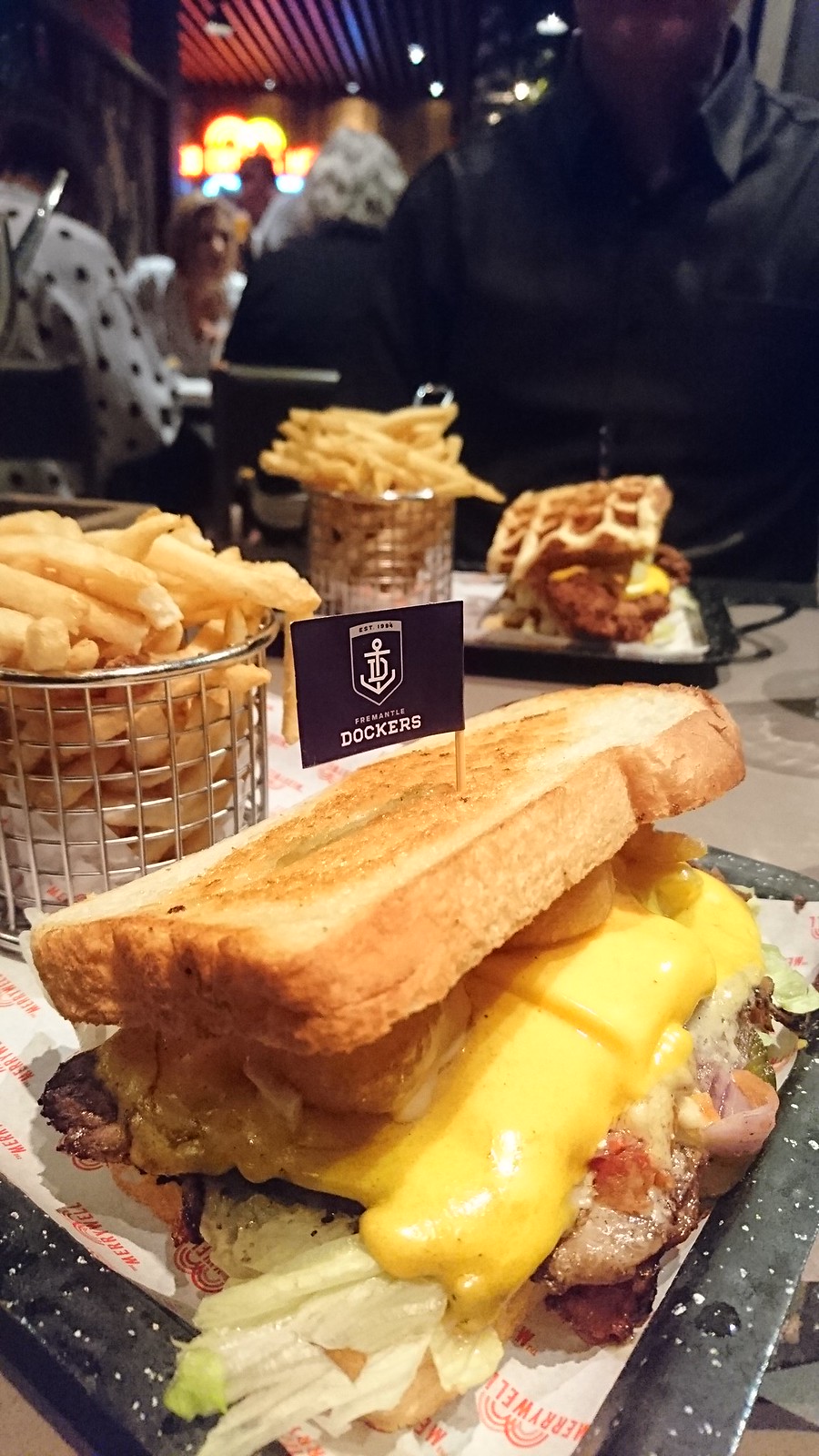 The sanga meals are just $25 each and come with a side serving of fries and a coke. These are massive meals though and I must confess both hubby and myself struggled to finish ours, even with me starving myself for the day in preparation. We honestly could have easily shared one sanga between us.

DO WE HAVE A WINNER?

For the record, I believe the real winners here are the charities. With the West Coast Eagles supporting Telethon, one of Australia’s leading children’s research centres, dedicated to improving the lives of kids and young people. The Freo Dockers are supporting Ronald McDonald House Charities, an organisation that helps seriously ill children and their families.

For the other record… Hubby joined me for this battle and is more than a bit partial to anything Surf n Turf. He is also a Dockers’ supporter. I, on the other hand, went in to the battle a lot more open minded having only ever watched two live AFL games. My first a few years ago in Melbourne where St. Kilda made an impressive comeback late in the game that is still being talked about years later. I then headed to a second game (in the rain) soon after I returned to Perth from that trip, where the Dockers did very little to impress me or attract me back for another game.

Having said all that. If you are a bit partial to Surf n Turf but you’re not a fan of the Dockers, don’t let that stop you. This is one impressive sanga. I personally found the turf aka sliced roast beef side of this a little too salty when I picked at the steak on it’s own but as a whole the saltiness more than works with the popcorn prawns. 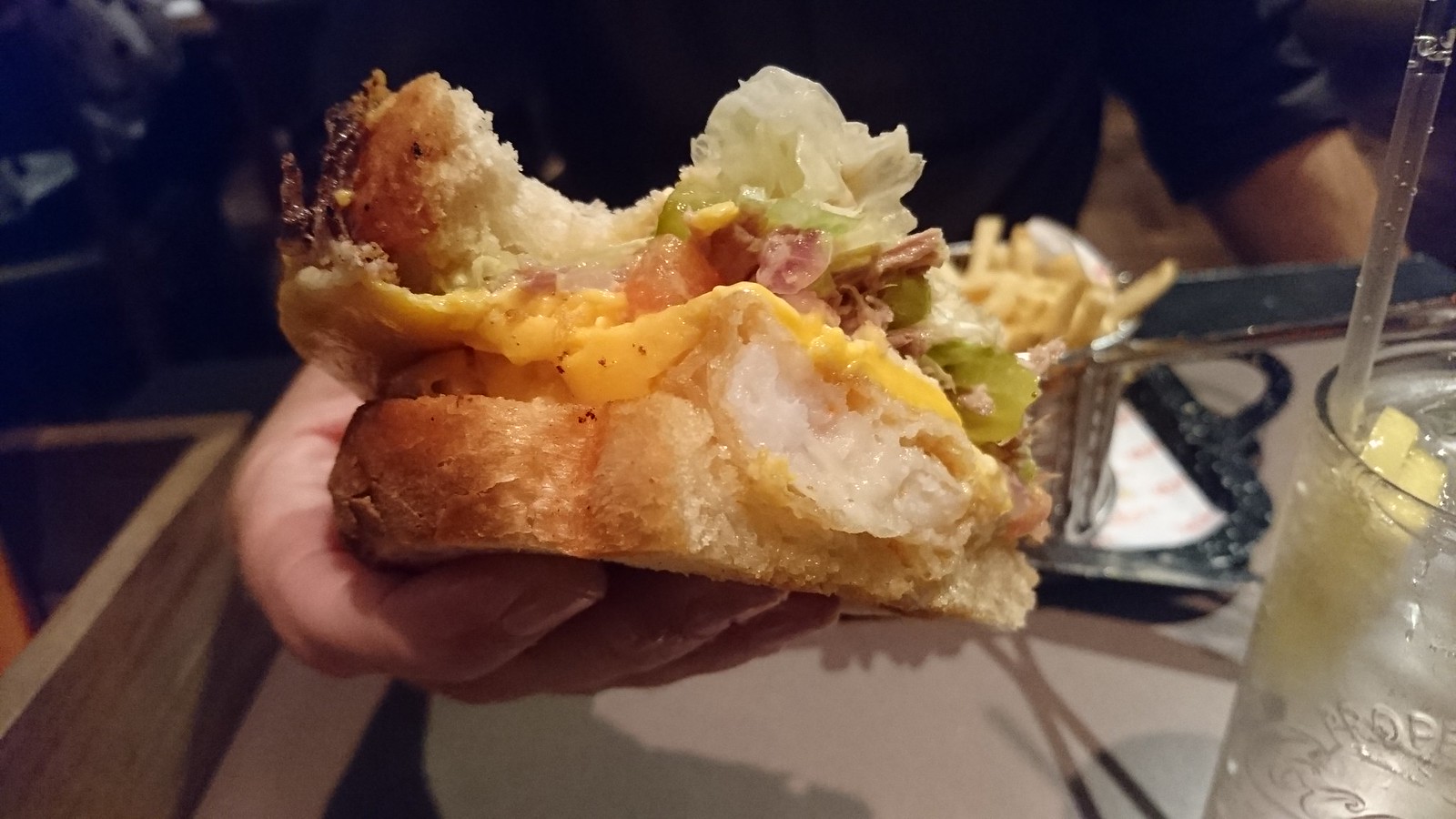 The crispy waffle impressively held it’s own and some with this heavily packed Big Bird sanga. Even though I left this sanga till last, there was still a crispness to the waffle and even more impressively the creation didn’t fall apart in my hands. 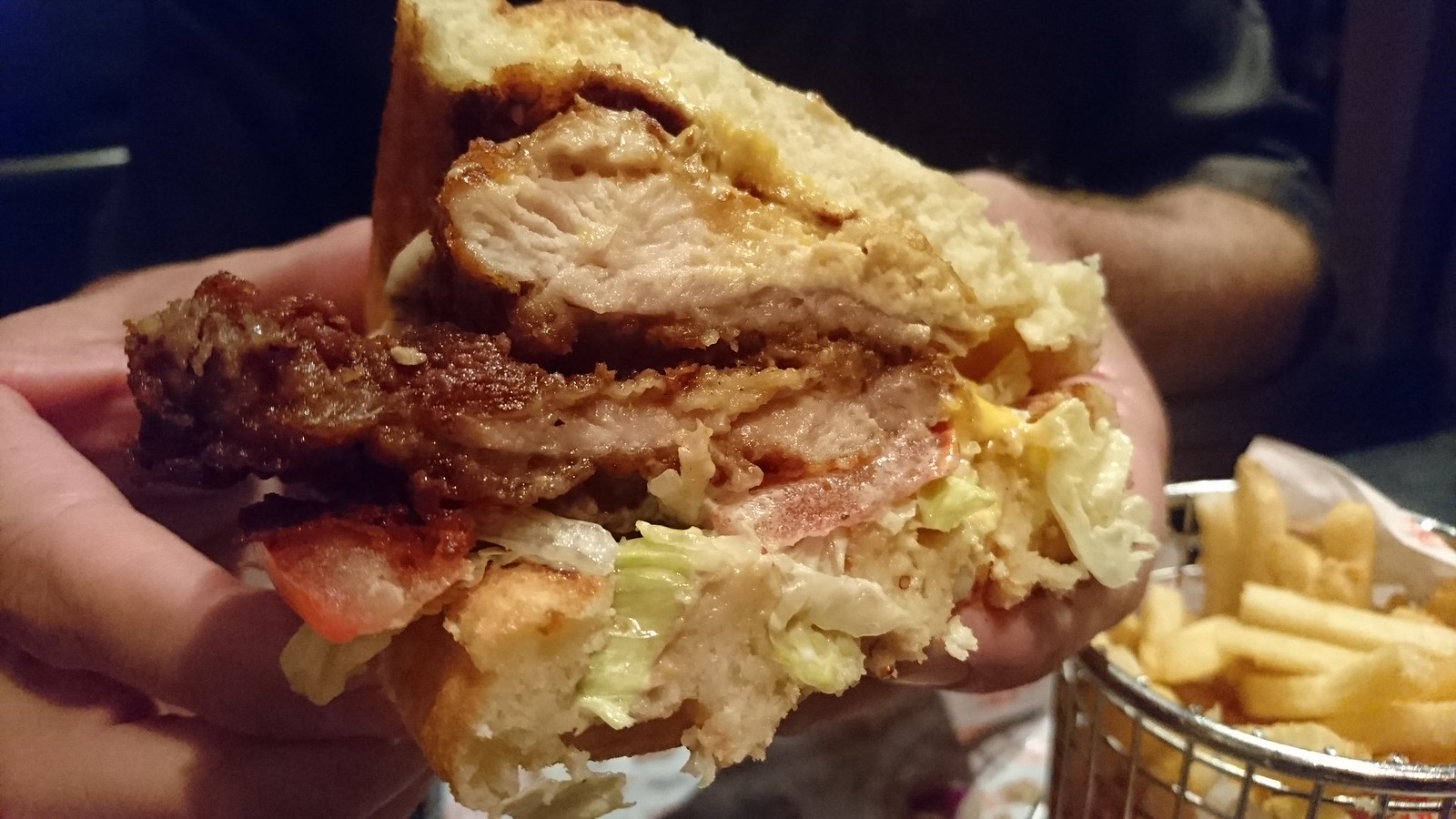 Like both sangas, the interesting mix of textures and flavours that come to the table will have you looking at sangas in a whole new light.

As it was, we split both sangas down the middle and shared. Which is where we also lie with this battle of the sangas. Somewhere split in the middle. Undecided if there needs to be an actual winner here. More than prepared to go straight back into battle before the promotion ends on Sunday, all to help support two worthy causes.

Given the charity element and the fact both sangas pack more than an impressive punch ….. I ultimately think everyone’s a winner here!