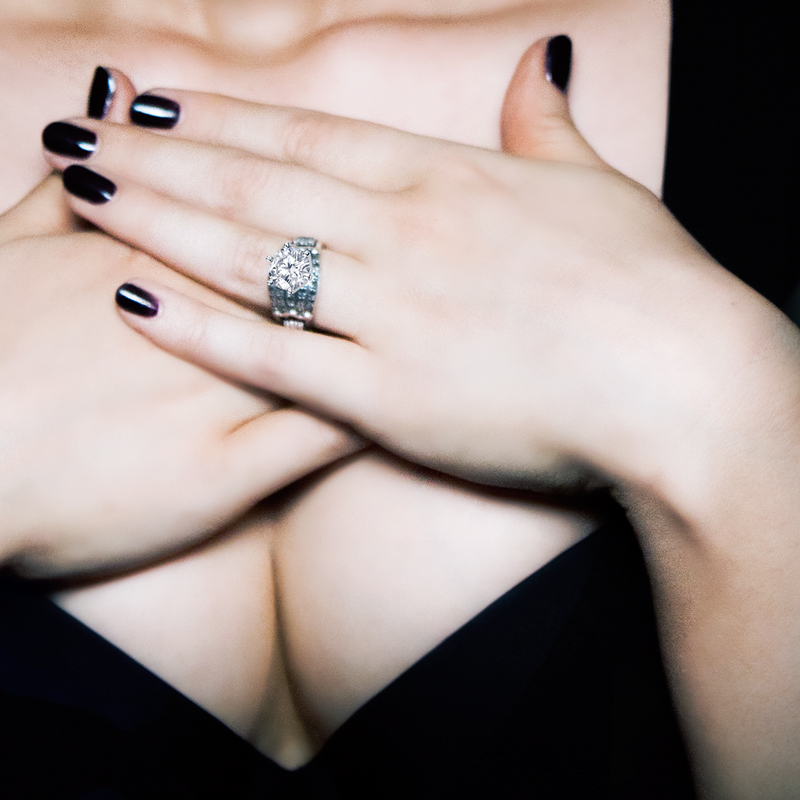 The Wives of Wolfgang

Dear Friends, Family, Acquaintances and Perfect Strangers, we must inform you of the death of Wolfgang. Survived by his wife, we pray his soul will rest, somewhat, in peace.

After a sold-out season at Brisbane Powerhouse, The Wives of Wolfgang brings its sexy, charming and darkly funny cabaret to Perth. Performing at the Girls School until February 16 as part of Fringe World. For the most part, this is a one-woman cabaret featuring original music and accompanied by the ghost of Wolfgang on an electric guitar. It’s quite the wake.

As a general rule, I tend to shy away from funerals and wakes, especially of the musical fringe variety. There’s a fine line between death and drama which can easily lead to disaster. It was purely producer Kristen Maloney who caught my eye this time last year with Boys Taste Better with Nutella that hooked my interest when she described the production as The Stepford Wives meets Chicago. Still, I wasn’t convinced.

Making my way uneasily up several flights of stairs to chemistry where you are welcomed to Wolfgang’s wake by his clearly bereaved, possibly intoxicated wife did nothing to curb my fears. If I had to list my biggest fears they would include funerals, wakes, Fringe shows with audience participation, being dragged into the spotlight in a production, being locked in a room full of strangers, a Candian comedian (who shall remain nameless) and snakes. I was pretty sure there were no snakes on the menu. Yes, I’m including a certain comedian in the snake comment. The rest, as far as I was concerned, on taking my seat, were more than possible.

I recall gripping on to hubby, my plus one for opening night and thinking it’s only a 50-minute show, we can survive this.  In the end, I didn’t want the show to end. Like I said earlier, it was quite the wake. Copious amounts of alcohol, a room full of strangers pretending to give a damn, a truckload of inappropriate over-sharing and a striptease. It honestly sounds like any of my dysfunctional extended family get-togethers, only on steroids given the musical/cabaret element. The only thing missing was the cucumber sandwiches and me wanting to leave as soon as practical. In reality, I could have easily fronted up the following night for seconds.

Marika Marosszeky as Wolfgang’s wife, in all her personalities and forms, is completely captivating. The monologue, the vocals, the audience interaction and even tieing in the unexpected firework display that came into play that night… mesmerising. The only time I believe Marosszeky missed the mark and didn’t hold the audience to complete attention was when she momentarily stepped off stage to interact with an audience member in the front row. While the interaction did eventually tie in and make hilarious sense, it felt a little awkward and out of place from the rest of her enthralling performance.

The ghost of Wolfgang (composer and performer Michael Whittred) while mainly in the background for this production, almost as a supportive albeit incredibly talented musical prop, does come out to play eventually by way of a duet and small speaking part towards the end, bringing not only his character but a real chemistry between the two into the light.

Speaking chemistry, it’s the location at the Girls School for this production. Having limited mobility right now and needing a walking stick to get around, meant I wasn’t a fan of all the stairs it took to arrive at the venue. Mobility issues aside, Fringe has gone all out this year to make the Girls School a more interesting and accessible hub with several shows on the go and plenty of food trucks and bar options in between. There’s also a dedicated free Fringe cat bus that runs every 15 minutes. Speaking cats… actually, I’ve already said too much. Go see this fab production while you still can!

The Wives of Wolfgang

Managing Editor at Agent Mystery Case
Follow Raychael aka Mystery Case on her mystery adventures 'casing' people, products and places to bring you her worth casing favourites.
It’s me not you. Apologies, another super short and sweet review. I’m currently in and out of hospital following complications from ongoing treatment, so my usual go hard or go home approach to Fringe that had me review 56 shows last year with a 12 hour (or less) turn around for each review is completely out the window. I hope to be back to the review swing of things in next to no time. Until then please keep the review requests coming, I will jump in when I can.