Hachette Australia first introduced me to Natasha Lester with Her Mother’s Secret in 2017.  I inhaled the book in two sittings, desperate for more which had me quickly signing up for a meet the author event at a local library and then sourcing Natasha’s previous work, A Kiss from Mr Fitzgerald.

Completely up to speed and under Natasha’s historical fiction charms, I could hardly wait to get my hands on The French Seamstress last year. Funnily enough, the book arrived the day before I started a weekend stint manning a French Flower Making stall for a designer friend at Bonjour Perth.

Knowing I like to inhale my Natasha Lester books in the one or two sittings without distraction, I took the book with me to the French Festival, merely as a prop and a potential photo opportunity. Only to find, once I found time to read the book, the delicate art of French Flower Making features early on in the piece. The minute I had my first day to myself, Natasha once again transported me to another time and place, more invested in the characters as the story unfolds. Well… as transported as you can be with dual narratives that have you flicking between eras and characters.

Which brings me to Natasha’s latest book The French Photographer. Again, another dual timeline comes into play. Unlike The Paris Seamstress, the intertwining dual narratives here seem far less disruptive to the story. A mix of Natasha’s ever-evolving talent as a historical fiction dual narrative author and also how invested you become in the characters and complexity of the story from the very start, that you don’t mind the disruption as you jump from one time to another. It’s these timelines that interlock impressively and the complexity of the narrative itself, that helps build the suspense and creates just enough drama right to the very end that also leaves you wanting more.

Speaking endings… I’m not going to lie, the almost expected brutal twist at the end was next level brutality and I walked away from the book, having read one particular part of the ending three times, devasted and needing a support group. By all accounts, I wasn’t alone in that regard. Truth be told, I read the proof copy, so when the giveaway copy arrived I may have snuck a peek at the ending and read it for a fourth time, just in case.

For the record, the ending hadn’t changed one bit but as you know I’m not in the business of providing spoilers and my ‘reviews’ for On the Bookcase are merely snippets, providing enough of a picture for you to decide if the book might be for you. The real conversation can only happen behind closed doors, once you’ve also read the book and, on this occasion, if you like historical fiction, romance or anything Natasha has written previously, I think you should put this on your must read soon list. The French Photographer is Natasha’s best work to date and includes a little nod to The Paris Seamstress.

The author notes at the end of the book and the research that went into this narrative would make for an interesting book in themselves. While the story is inspired by the true story of Lee Miller a Vogue model turned war photojournalist, rather than based on true events, most of the hard to take moments that will have you shaking your head and heart in disbelief, actually happened. Natasha has an authentic way of bringing those hard to take truths to the forefront through exceptional storytelling, highlighting what was brushed under the carpet and not spoken about for so many years. In doing so Natasha not necessarily makes the subject matter like rape and war atrocities more palatable but the unbelievable horrors believable.

Funnily enough, I was reviewing the French Film Festival here in Perth when I received my proof copy of The French Photographer and I found myself immersed in all things French. I came away from one of the films in this year’s festival line-up The Aftermath starring Keira Knightly feeling like the wartime love story plot had been done too many times before and the film was missing something as a result. That something I believe is Natasha Lester’s flair for narrative and telling a much bigger story which is clear for all to see in The French Photographer. A story I could easily see adapted for the big screen.

The French Photographer is everything you want in your historical fiction romance and more, cementing Natasha Lester as a bestselling author and remarkable storyteller. I can’t wait to see what comes next! 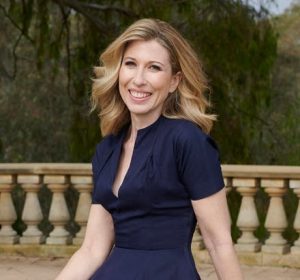 Natasha Lester worked as a marketing executive before returning to university to study creative writing. She completed a Master of Creative Arts as well as her first novel, What Is Left Over, After, which won the T.A.G. Hungerford Award for Fiction. Her second novel, If I Should Lose You, was published in 2012, followed by A Kiss from Mr Fitzgerald in 2016, Her Mother’s Secret in 2017 and the Top 10 Australian bestseller The Paris Seamstress in 2018.

The Age described Natasha as ‘a remarkable Australian talent’ and her work has been published in numerous anthologies and journals.

In her spare time, Natasha loves to teach writing, is a sought after public speaker and can often be found playing dress-ups with her three children. She lives in Perth.

For all the latest news from Natasha, visit www.natashalester.com.au

Thanks to Hachette Australia and the fact I managed to secure a last-minute ticket to Natasha’s launch event at Parmelia Hilton, I have a signed copy of The French Photographer up for grabs for one of our On the Bookcase followers. Just follow the prompts below to enter!