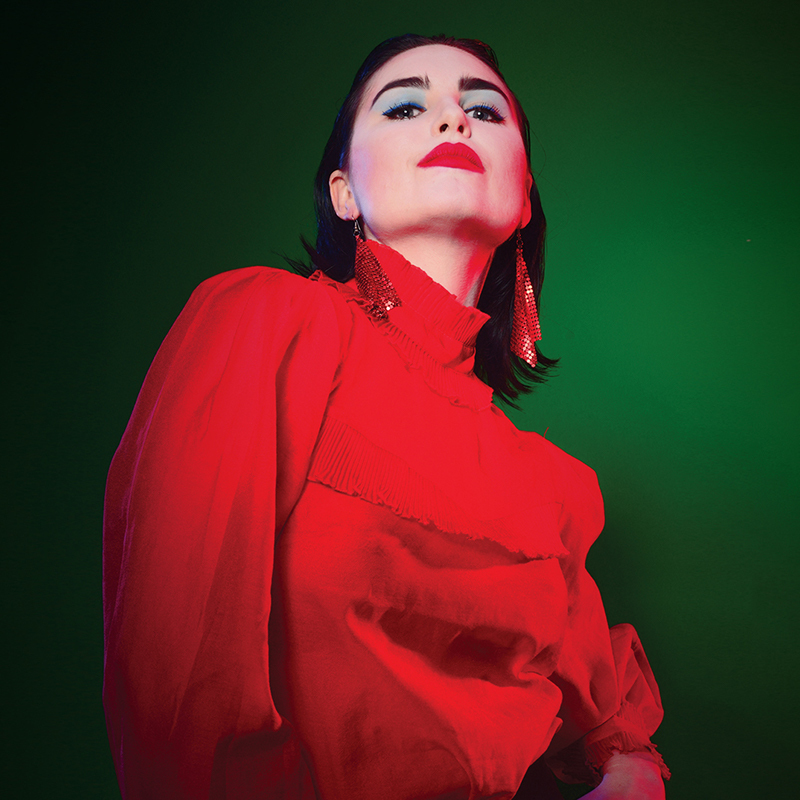 Silence My Ladyhead is a new and daring collaboration between FUGUE (Court My Crotch) and Melbourne based artists Indigo Keane and Nicole Harvey currently premiering in Perth for The Blue Room Theatre Summer Nights program and Fringe World 2019.

You might recall, Court My Crotch was a real surprise package and one of my favourite productions last year, which had me going into this show kind of hoping I knew what I was in for. I’m pleased to report I wasn’t disappointed.

Lulled into a trance as LadyHead slowly and provocatively comes to life weaving her web across the stage before hitting us with her full and reckoning force. Keane’s powerful and evocative performance is spellbinding. Silence my Ladyhead has us bearing witness to a high stakes game playing out between character and performer. It’s a little too raw and real in parts, which is more than confronting.

While I didn’t love this production nearly as much as Court my Crotch, it’s purely contextual. Everything to do with dragging me back to a confrontational, almost ugly, time and place for me, when I was coming of age and finding my feet in an 80s disco dating landscape. Much like returning to the scene of the crime, just minus the shoulder pads.

Music wise, the show is made up of both covers and originals. Weaving together 80s hits, distorted pop covers and a dark wave, post-punk inspired original score. It was the spin on pop covers that I loved the most.

This evocative one-woman show is a musical testament to female power and sexual liberation. For me, it was just as repulsive and hard to take as Keane’s performance was impressive. Which in Fringe terms is more than a good thing. If like me you loved Feminah, you will adore this show.

Tonight I want to see it in your eyes
Feel the magic
There’s something that drives me wild
And tonight we’re gonna make it all come true
‘Cause girl, you were made for me
And girl I was made for you