THE HOUSE OF SECOND CHANCES

Their grandmother’s stone cottage was always a welcome retreat in the childhood summers of Ellen and Aidan O’Shea. After a trip home from Australia, Ellen is keen to bring the neglected property back to its former glory and enlists the help of her dear friend and one of Ireland’s top interior designers, Colette Barry.

Aidan is already begrudging the work on the house he has avoided for nearly twenty years. The last thing the builder needs is an interior designer who seems to do nothing but complicate his life. With their own personal heartaches to overcome, will Aidan and Colette find the courage to give the house and themselves a second chance?

Eshter Campion’s debut novel Leaving Ocean Road, was one of my favourite reads last year, so I was already heavily invested in some of the characters and part of their ongoing story that continues in The House of Second Chances going in. So much so, that I wanted a real chance to escape with this book.

I generally like to read a good book in one or two sittings. Something easily achieved with a Campion novel. With Fringe in town, where I’m covering one to two shows most nights and doing all the work that goes with those reviews and more during the day, it didn’t leave me huge chunks of time for reading (or sleep for that matter). So I wasn’t exactly a happy camper having to read this one and be introduced to so many lovable new characters, in several small stages, especially when things become tense and even more interesting towards the end.

While this is an extension of Campion’s debut novel, you don’t necessarily have to read the first to appreciate the second. Campion’s writing style and storytelling ability will captivate you from the get-go regardless of your starting point. Having said that, I loved the first book just as much as this latest novel and I would suggest you start with Leaving Ocean Road. Fall in love with the characters, feel their heartache and suffering. Get to grips with the back story before delving straight into The House of Second Chances while those endearing characters are still fresh in your mind.

Much more than a love story, The House of Second Chances, pulled at the heartstrings and there may have been tears. Tears of joy, tears of sorrow, tears of relief and tears of frustration. So much frustration. As much as I was frustrated with finding time to read the book in the first place, the journey to love was just as, if not more, frustrating. I could not have loved this book more and while the book appears to have tidied up most loose ends, I’m kind of hoping this isn’t really the end. 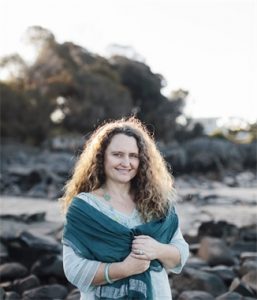 Esther Campion is from Cork, Ireland and currently lives in north-west Tasmania. She attended North Presentation Secondary School in Cork and has degrees from University College Cork and the University of Aberdeen, Scotland. Esther and her Orcadian husband have lived together in Ireland, Scotland, Norway and South Australia. They have two grown-up children in Adelaide and the youngest at home in Tassie.

Esther loves sharing her life on a small property with an over-indulged chocolate Labrador, a smoochy cat and a couple of ageing mares, all of whom she firmly believes are living proof that dreams really can come true. The House of Second Chances is Esther’s second novel, following Leaving Ocean Road.

Because I’m completely Fringe fried right now and haven’t had nearly enough time to do this book (or review for that matter) the justice it truly deserves and because we are all about second chances around here. I have an eBook up for grabs for one of our On the Bookcase followers. To be in the running email win@rachaelc5.sg-host.com with why you would like to win and if you’ve read Leaving Ocean Road or not (it doesn’t matter if you haven’t).

If you are selected as our winner, you’ll just need to provide us with a paragraph or two of how you found the book for our extended review for On the Bookcase. We will select and email our winner Feb 27 (9am).