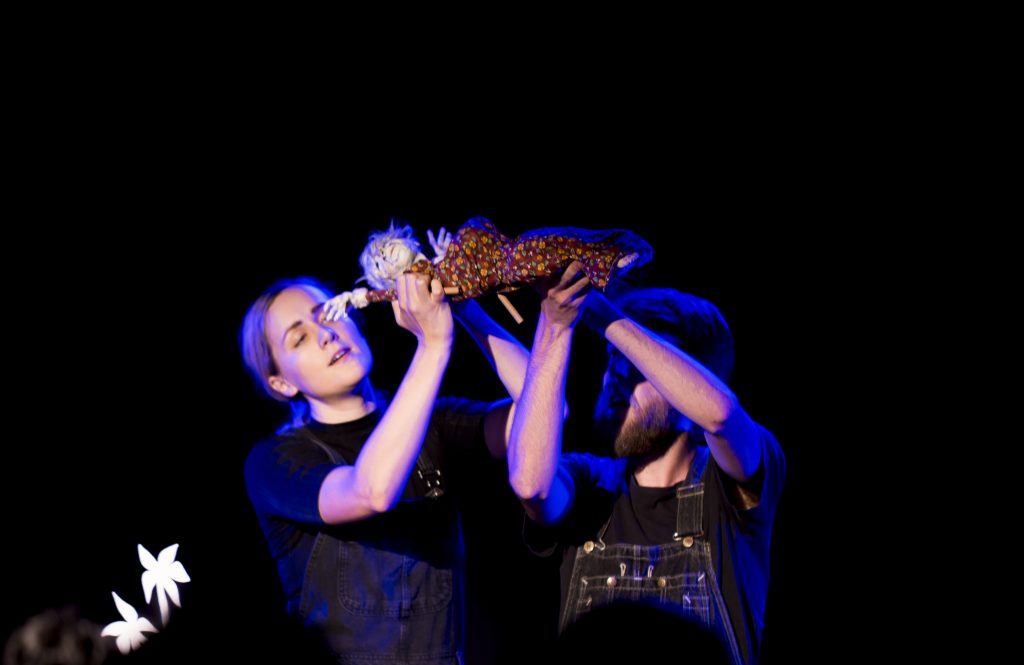 THE THREE DEATHS OF EBONY BLACK

Returning after an acclaimed, award-nominated season at FRINGE WORLD 2018 (Martin Sims Award nominee) and Melbourne’s home of comedy and cabaret, The Butterfly Club, THE THREE DEATHS OF EBONY BLACK returns for a limited three-show run at FRINGE WORLD 2019.

“There are three deaths. The first is when the body ceases to function. The second is when the body is consigned to the grave. The third is that moment, sometime in the future, when your name is spoken for the last time.” David Eagleman

Written and performed by Amberly Cull, the show is based on the above quote by neuroscientist Eagleman and looks at the three stages of death. Described as Death at a Funeral meets The Muppets, I was a tad apprehensive going into this show, with death so real and raw for me right now but I need not have been. I seriously couldn’t have picked a better show to kick start our Fringe World 2019 adventures. Although hubby my plus one for tonight’s proceedings might beg to differ.

With beautiful puppets hand-crafted by Danny Miller (King Kong, Walking With Dinosaurs) and an original score by Cull and Robert Woods, THE THREE DEATHS OF EBONY BLACK is a charming, little left of centre and completely hilarious, two-man puppet show that looks at the life and death of a little old lady, Ebony Black.

Through Ebony’s death, we meet a handful of quirky and somehow loveable characters and experience not only Cull’s exceptionally clever writing but her multitude of talents to deliver the goods on so many levels, even with more than a few opening night issues and a rather dodgy audience participant by way of my hubby.

“I have always adored The Labyrinth and Jim Henson, and I felt that I could bring some of that macabre whimsy to this farce at a funeral. I think the comedy element both softens and highlights the devastating bleakness of grief and what we leave behind. It might sound dark and sad, but ultimately, it’s a heart-warming ode to remembering our best selves. It’s pretty hilarious actually.” Cull

Cull and Nick Pages-Oliver’s talent for improv and working together seamlessly made it hard to tell if there were actually lighting and other issues because no matter what was thrown at them (including my hubby who only had two lines but still managed to make a mess of it), they somehow took it all in their stride, adding to the hilarity and making it all seem part of the performance. It was these moments, so cleverly recovered and executed that had the majority of the audience, including myself, laughing the hardest.

THE THREE DEATHS OF EBONY BLACK is one of my favourite Fringe shows of all time and that’s saying something because I’ve been getting my Fringe on for a little while now. An incredibly funny, light-hearted look at life, love, death and dysfunction that almost makes death, funerals and dysfunctional families a tad more palatable for me.

The show was made even funnier with hubby asked to don a raincoat, take charge of a sick bucket and participate in the proceedings. Although hubby confessed afterwards he was a bundle of nerves and although he found the production just as hilarious as I did, he would have enjoyed the show a whole lot more if he’d just remained part of the audience.

Now showing for a further two nights at Lazy Susan’s Comedy Den, upstairs (a pretty impressive staircase at that) at The Brisbane Hotel, which is an over 18 venue. Definitely worth casing and don’t be afraid to sit up front, there’s a lot more leg room, you also get a much better view of the captivating puppetry. Only one audience member is selected to participate and that invitation is extended well before the show starts, so you have time to learn your lines. Which hubby failed to do on this occasion. One word… Nerves.

THE THREE DEATHS OF EBONY BLACK

Managing Editor at Agent Mystery Case
Follow Raychael aka Mystery Case on her mystery adventures 'casing' people, products and places to bring you her worth casing favourites.
We were gifted tickets for review purposes. As you would know by now gifted tickets and sponsorship does not impact my ability to tell it like it is or my inclination to deflect the audience participation invitation on the night to my hubby and bask in his clearly still very much hidden talent.