Thanks to Palace and Luna Palace Cinemas we are giving FIVE of our readers the chance to WIN a double pass each to the 2018 MINI British Film Festival which returns to Perth on October 25 for its sixth and biggest year yet. 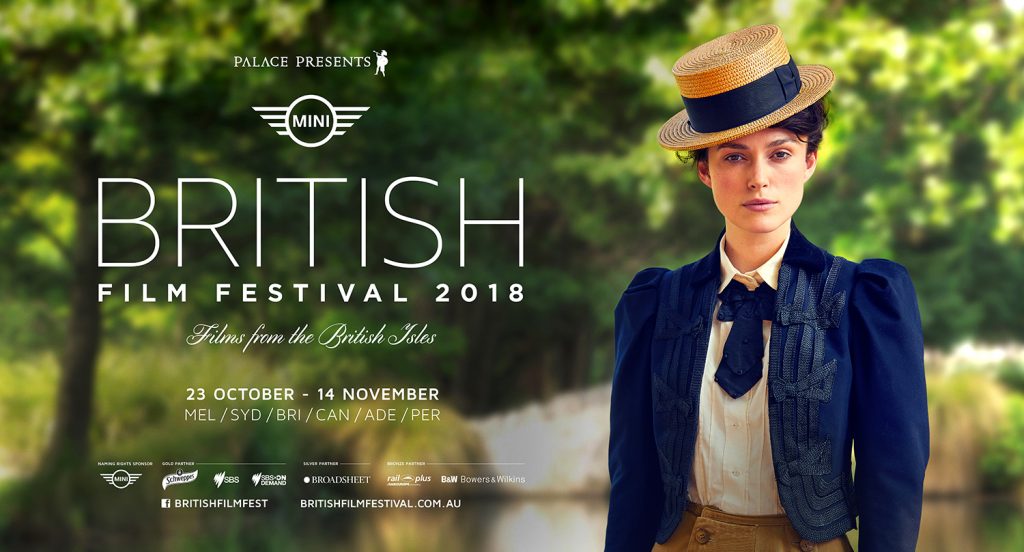 The 2018 program features some of the most eagerly anticipated British films of the year including powerful true stories, literary adaptations and biographies and modern classics starring some of Britain’s best known and beloved stars.

In addition to the latest films, this year’s retrospective features a suite of films from the Swinging 60s with a spotlight on star Michael Caine.

The festival takes place from October 25 – 14 November at Cinema Paradiso, Palace Raine Square, Luna on SX and The Windsor.

To be in the running for one of five double passes click on the giveaway banner directly below and register your details.

Please note, due to the quick turnaround of the giveaway and so I’m able to post tickets to you in time, I’m restricting this giveaway to our Perth readers. More Australia-wide giveaways are just around the corner. In the meantime, why not head over and case our Aussie Giveaway Club that kicks off on the first of each month.