Thanks to Umbrella Entertainment we are giving our readers the chance to WIN an in-season double pass to IN LIKE FLYNN, based on the true-life adventures of one of Australia’s most famous sons, is in cinemas October 11 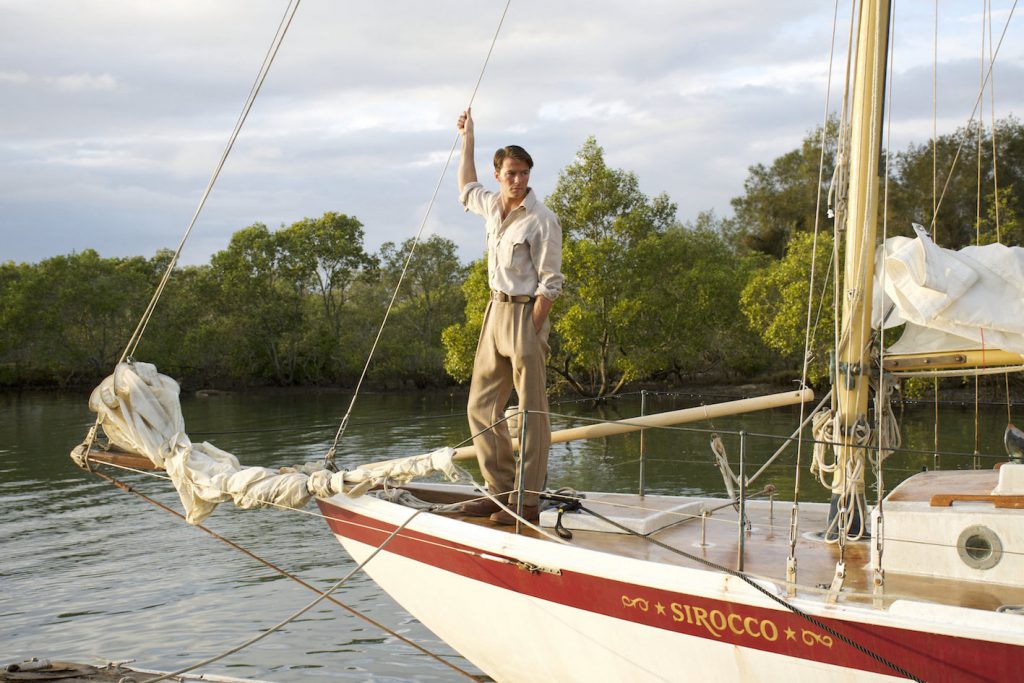 IN LIKE FLYNN follows the legendary Australian screen actor, Errol Flynn, a young man whose double-edged magnetism inspires a rag-tag team of friends to set sail on a thrilling adventure in search of elusive New Guinea gold.

In 1930, in the jungles of Papua New Guinea, whilst serving as a guide for a Hollywood producer, a young Errol Flynn discovers a map on a dead prospector that he believes will lead to a fortune in gold.

Back on the streets of Depression-era Sydney, Flynn rounds up a ragtag crew including Rex, a Canadian ex-bootlegger, Dook, an English gentleman handy with a pistol and Charlie, a grizzled old salt. After stealing the Sirocco, a yacht belonging to Chinese Opium smugglers, Flynn and crew set sail. They quickly learn just how treacherous a voyage up the Australian east coast can be, running afoul of drunken cowboys, corrupt cops and local thugs before being intercepted by Chinese pirates, who are hell-bent on retrieving the Sirocco and the several pounds of opium stashed in its hold.

As the motley crew make a final dash for New Guinea, Flynn is forced to learn what it means to be a real captain and a master of his own destiny. IN LIKE FLYNN is a mythical and satirical coming-of-age story about four men on a journey to find hope, adventure and fortune in an age when the world was spiralling into despair.

Thanks to Umbrella Entertainment we ten in-season double passes to IN LIKE FLYNN up for grabs. To be in the running, click on the movie banner directly below and register your details OR email win@rachaelc5.sg-host.com with your contact details and IN LIKE FLYNN in the subject line!