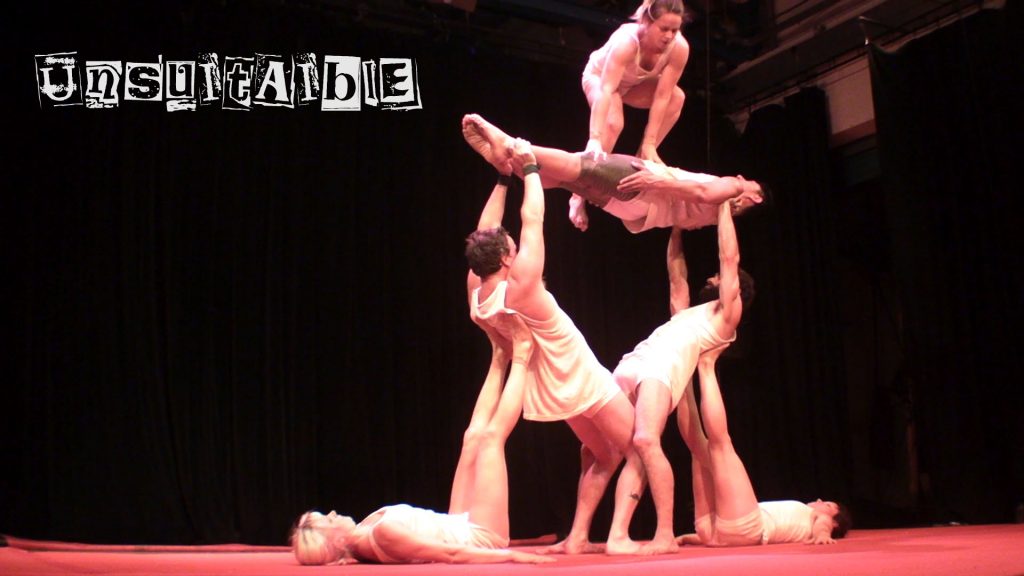 CALL THE FASHION POLICE… Tumble Circus is in town!

Tumble circus, all the way from Ireland quite literally rolled into town and The Pleasure Garden Big Top this week with their show Unsuitable for Fringe World Festival 2018.

With so many incredible shows on offer this year with Fringe World, the rather slow start to the show and the questionable low budget costumes might have you questioning in the first five-ish minutes why Tumble Circus bothered coming at all and where the nearest exit is. You’ll probably be thinking along the lines, at this point… It isn’t called Unsuitable for nothing!

It’s these minimal, stark white underwear style costumes that left little to the imagination (especially where the male packages were concerned) that had me wondering if the show wouldn’t be out of line bringing OMO on as a sponsor or if the performers lost their luggage in transit. The fact you could tell they were wearing underwear under the top layer of underclothing was no comfort.

Given the filthy state of the costumes and the set at the end of the night, I’m guessing OMO has its work cut out and I really wouldn’t be surprised if they didn’t hold a bonfire directly after the show and burn them.  In the end though, this is more about the quality performances, incredible stunt work served in part with a chaotically brilliant side dish of dark humour (if you are into that sort of thing) and the costumes of choice funnily enough do bring something into that mix. 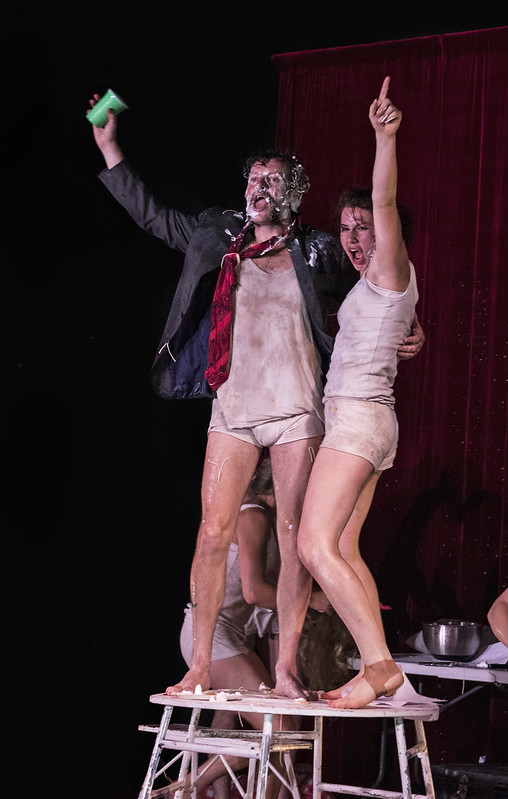 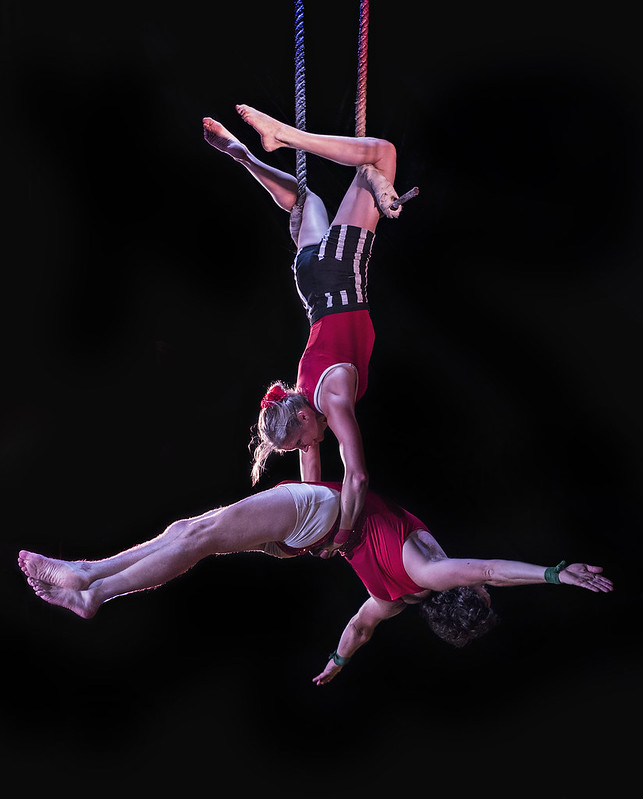 not the costumes in question on the night I attended

I’m not sure dark humour is ever going to be my thing but they’ve interlocked it impressively in this show. The suicidal clown while funny in parts, is probably enough to give you a fear of clowns if you didn’t already have one. It also kind of makes me wonder if suicide is something to joke about.

There were more than a few controversial themes packaged up as dark comedy throughout the performance (abortion, same sex marriage & politics). All running as an underlying narrative alongside some pretty impressive acrobatics and stunts. It gave you something to think about while being captivated if not somewhat put off by the costumes with the impressive aerial work and acrobatics.

Suicidal clown and stark white underwear aside because clowns and white underwear really aren’t my thing, overall, I’m with Bono on this one (see above) I really enjoyed the performance but I do think Perth audiences need a lesson in knowing when and how to clap! That is all.

For more information and to book tickets head to: