VELVET now playing at The Spiegletent in The Pleasure Garden until February 19! 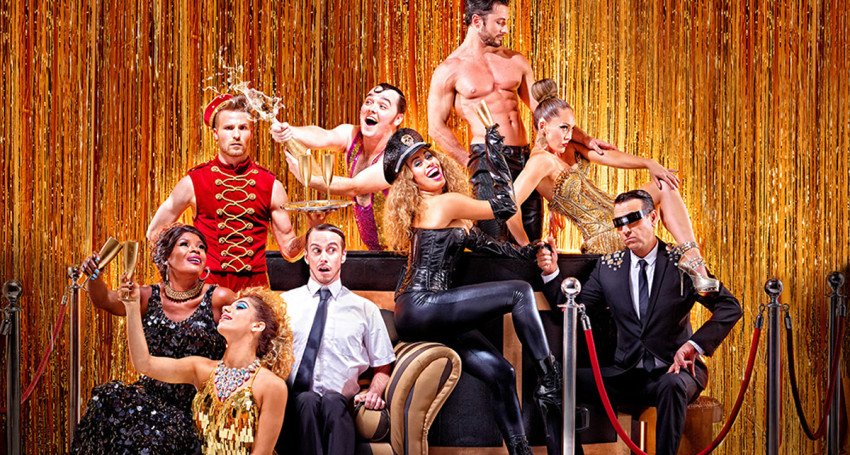 WOW… What a show! Velvet has been a sell-out success over the past two years at the Adelaide Fringe Festivals, Edinburgh Fringe, Brisbane Festival, Sydney Opera House and The Coopers Malthouse Theatre in Melbourne.  This month the show finally made its way to Perth as part of the Fringe World Festival.

WHEN DISCO RAN AWAY WITH THE CIRCUS

A divine discotheque circus. Velvet is an impressive mix of burlesque, circus and a return to the 70s style of dance we call disco. All interlocking impressively for a fabulous night of glitz, razzle dazzle and more. Much more. You’ll find it hard not to dance in your seat or know exactly where to look with so much fabulousness on stage together.

A show with everything from spectacular outfits, top quality performances and over the top, on stage antics you would expect at Fringe Festive and some. That some in this case being the talented Marcia Hines.

Marcia brings the soul factor, as well as a whole lot of boogie to the show. The entire audience sat up, took notice and drew a collective breath of anticipation when Marcia took to the stage.

For me, Marcia is like a bottle of the finest red wine, only getting better with age. Marcia hasn’t aged at all, in the twenty years since I last had the privilege of watching her in action. There’s a real depth to her voice and a youthful energy to her performance, which was not out of place with her much younger cast members and their onstage antics and personas.

Strangely enough, given Marcia’s commanding presence and performance, Velvet’s plot loosely follows the story of a young man and his journey of discovery. With singer, dancer and actor Tom Oliver, leading the ensemble. His breathtakingly beautiful acoustic version of the classic Bee Gees’ song Staying Alive, moved me (and I’m assuming most of the audience). I have a whole new appreciation for that song as a result.  The performance also bought a certain intrigue to the character, leaving some of his innocence behind before embracing something far more colourful.

HOLD ONTO YOUR HOOPS…

Craig Reid aka hula boy, was an impressive favourite with the audience bringing a comic charm as well as a dozen or so hula hoops and some shockingly bright lycra to the stage. There’s something about spinning hula hoops and super tight neon lycra. It was hard to know where to look.

The talented acrobats Mirko Kockenberger and Stephen Williams together with aerialist Emma Goh had us all captivated and occasionally gasping in a kind of fearful delight.

Joe Accaria, was the real surprise package of the show for me. A graduate of the Sydney Conservatorium of Music, Joe has worked extensively worldwide as a performer, composer, producer and music director. Velvet brings all of Joe’s talents to the table as musical director, arranger, musical producer as well as the eclectic and entertaining on stage mix master and drummer.

This show gets 5 out of 5 worth casing stars from me! You couldn’t fault one thing. Even the massively long lineup to get in. Velvet without a doubt is an absolute MUST SEE at this year’s Perth Fringe World Festival. Now playing at The Spiegletent in The Pleasure Garden until February 19.

** I was gifted tickets to opening night **

As always gifted tickets have no bearing on my ability to keep things, especially reviews real. This really is a fabulous show. One that will see me heading back for more soon!