what have we here?

Another year over and our last Worth Casing Wednesday linkup for the year! 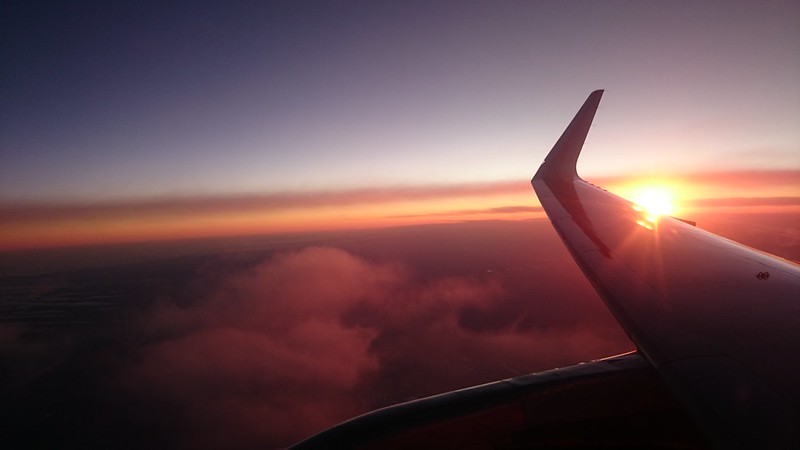 Before I take a much needed break and extended social media leave, I thought I would look back on some of the highlights of 2015. It was a year of highs and lows. Far too many lows but today, I’m choosing to focus on the highs. Starting, in no particular order, with my first of three blogging trips to Melbourne this year.

The first trip to Melbourne was probably my favourite by far, mainly due to the fact that Zita Hooke (It’s time… blog) my virtual blogging friend from Queensland, flew down to join me and we finally managed to meet and spend a whirlwind couple of days on a bit of a mystery tour in Melbourne. 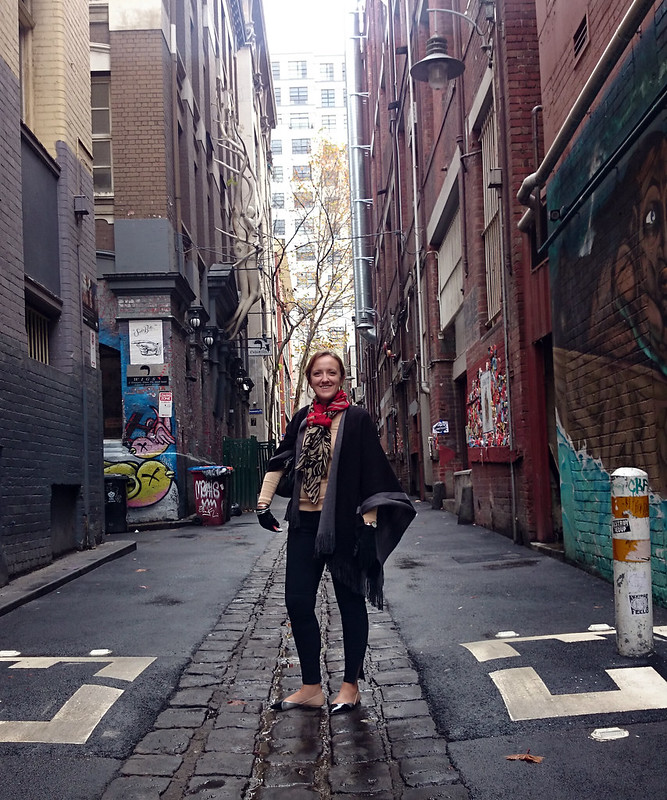 Everything from the theatre (Strictly Ballroom) to the AFL with so much more in between, including the best risotto I’ve ever tasted and a film preview at ACMI. There was also a little brunch catch up with two of my favourite bloggers from Melbourne, Emily (Emhawkerblog) and Sarah (Creating Contentment). As well as another catch up with a lady I’ve been online virtual friends with for over ten years.

It was possibly the AFL on that first trip, that surprised me the most. A game between St. Kilda and some other team (yes I’m an AFL novice). A game that was not originally on the agenda or something sport allergic me, would have thought I would ever consider, let alone take to.

BUT… we had a very small gap in our schedule, we were staying right opposite Etihad stadium and it was Zita’s choice. The fact that we then ended up with gifted corporate box tickets right next to the St. Kilda coaches box and it was apparently (according to my AFL mad hubby) one of the best comeback games in the history of the game, means I’m now more into AFL than I ever thought possible.

My second trip to Melbourne for the Kidspot Voices 2015 nominations and master classes also rates a mention. If I’m honest this whirlwind trip came with some lows but there were also so many blogging highs {BLOGGED HERE: Networking tips for bloggers and introverts}.

Finally being able to meet with bloggers I’ve been collaborating and connecting with online for almost four years made the trip worth it.

There was also a third trip to Melbourne thanks to Kids Business who I’ve been collaborating with this past year for a blogger brunch at St. Kilda. It was a perfect opportunity to get up close and personal with bloggers and brands. Oh and a bit of shopping afterwards. I may have needed to purchase extra luggage for the way home. 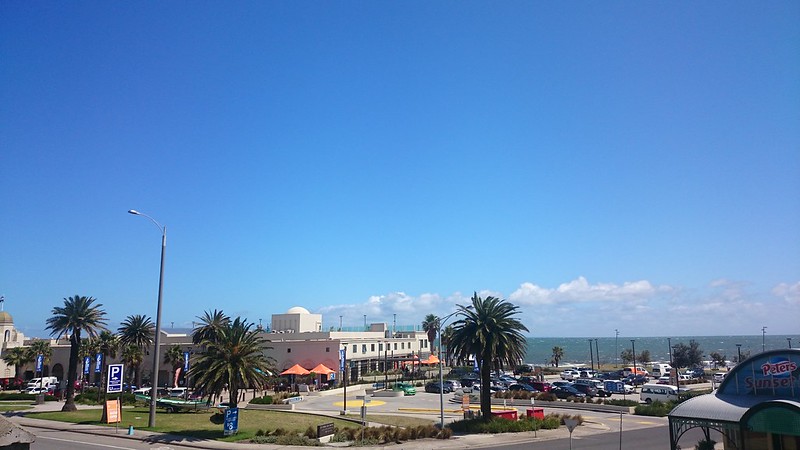 I was really hoping that Perth stylist Vicki Thompson (aka The Fashionable Mum) could have joined me for this trip but it wasn’t to be. Some of my favourite style challenges (Outfit Under $50) and local events here in Perth have involved Vicki, sometimes on the sidelines and other times with her front and centre working her keeping it real style magic.

The week that Zita from It’s Time… blog came to Perth town. I’m not sure I will ever manage to find the time to blog about that trip in its entirety. We certainly managed to pack a lot in for our Perth mystery tour. Although not as much as I had initially hoped and planned but one does need to sleep occasionally.

We started our adventure with a quick trip to Kings Park, admiring the view of the city and finished with a drink at the Indiana tea house on Cottesloe Beach while watching the sunset over the Indian ocean.

In between there was an Event Ready designer studio open (Jonte) and a whole lot of food, glorious food. Including a wine and food expo, when Unwined rolled into Subiaco bringing some of our states finest wine and food with it.

There was also the Fremantle Festival which looked more protest march than actually festival but it gave us a chance to take part in the festivities and give Zita a little glimpse of Fremantle at the same time. 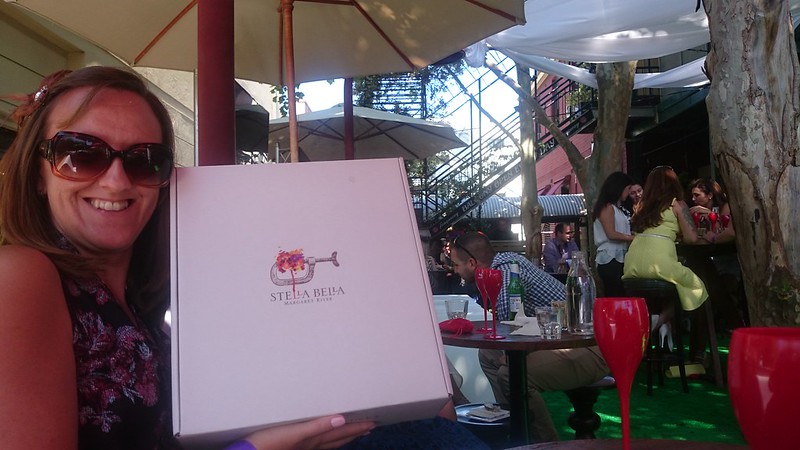 Zita was able to experience her first Melbourne Cup event on her trip. Thanks to Rayne Embley we were treated to free flowing Mumm and canapés at The Queens Hotel. Zita even managed to win a gourmet hamper in their Instagram competition and between us we both won prizes in their sweepstakes.

We somehow managed to fit a day trip to the Pinnacles in, with a couple of stop offs on the way. First to get up close with some Australian wildlife at Yanchep National Park. Then a tasty trip to the Lobster Shack in Cervantes for some of the juiciest lobster I’ve ever tasted. It’s certainly worth the drive!

There was a not so quick trip to our factory outlet centre Water Town for an afternoon of shopping. An opening night event when the Truck Stop rolled into the Perth cultural centre. A couple of bars and restaurants as well as a walk down Wolf Lane to case some of the amazing street art Perth has to offer.

Of course there was more, a whole lot more but I’m hoping I might entice Zita to pop on over for a guest post at some stage in the new year. Probably starting with our Swan Valley Trike Tour. One of the biggest highlights, for me, from all our Perth mystery tour shenanigans…

Finally, all the wonderful opportunities that were thrown my way this year. Even the ones (including trips overseas) that I had to say ‘no’ to because health or family had to come first. Perth really does seem to be five years behind the blogging times and only now slowly starting to catch on and catch up. Opportunities, when you don’t necessarily look the part or want to  spruik yourself to make the social pages online and off, can be few and far between, even if you are ranking and pulling your weight in other areas.

While I’m grateful, I’m tempted to say… I’ve been really lucky with the blogging opportunities presented to me so far but after my recent Evening with Oprah here in Perth, where Oprah was proud to own her success through her hard work and quickly shot down the notion that luck had anything to do with it. I’m owning it.

There has been a lot of hard work on my part. Although, I’m convinced success to me, in a blogging sense, looks a whole lot different to most but that’s me in a nutshell… striving to be different and do my own thing, in my own way.

One of those ways is Blog Exchange (BE). An online blogging community for up and coming bloggers that I launched this year. A supportive community where bloggers can connect, collaborate, inspire and hopefully look outside their niche and find their blogging feet. A platform I’m looking forward to taking further in 2016. Starting with BE Awards!

So this is Christmas…

Speaking of awards… this is the part where I should be pulling out my long list of people I need to thank for their support and inspiration throughout the year. It really has been a tough year for me health wise and that list is rather long.

Throw a barrage of trolls into the mix and I can honestly say there were a number of occasions where I thought about hitting the delete button. At the end of the day, the month, the year… this is my outlet, my space. A place I’ve had a lot of fun with. A place that has helped me connect with some incredible people like yourself. A place that I will continue to make my own. Take it or leave it.

Wishing you all a wonderful Christmas and New Years. I’m looking forward to sharing lots more mystery with you for Worth Casing Wednesday when I return on Wednesday 20th January. Until then, feel free to link up this week’s worth casing posts or your favourite post from the year.

The monthly Aussie Giveaway Linkup will be my final blog post for 2015 and will hit the blog early on New Years Eve. December’s giveaway linkup has some fabulous giveaways on offer, some of which are still open, including my ‘All I want for Christmas is…’ and ‘Casing the Cocktail’ giveaways. You have to be in it to win it… take it from me (and Oprah) there’s no such thing as luck!