I realised this week that I’ve turned into one of those people who shares their cuter than cute cat photos over on Instagram. Although I’m still relatively new to this and not up to date on the cat hashtag protocol.

The other thing is I don’t actually own a cat as such and even more sinister, I’m not considered an animal person let alone a cat person. In fact, I think more than half my extended family will think someone has taken over the blog or I’m having a nervous break down. It’s that out of character for me.

Is it a cat or a catastrophe?! 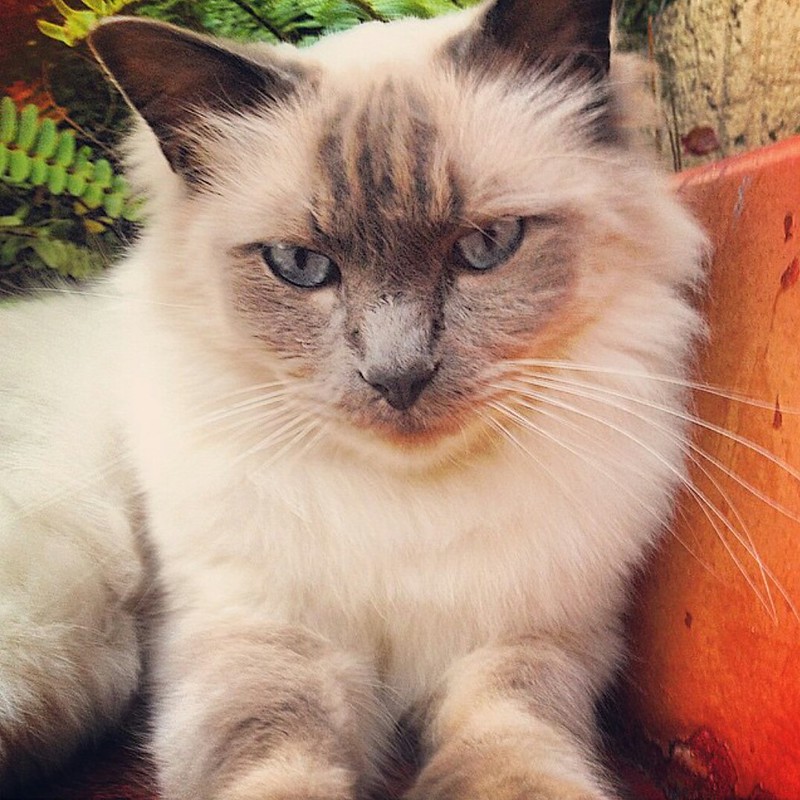 The cat in question ‘Pepsi’, is the most gorgeous ragdoll cat who belongs to our next door neighbour. Only they moved interstate about 18 months ago and their daughter moved in to look after Pepsi and their home, bringing with them another cat (Pepsi’s brother) and a dog. Ever since then, I believe Pepsi has been casing our neighbourhood looking for love and possibly a more impressive menu.

Considering Pepsi is rather demanding and completely eccentric, not to mention fickle when it comes to strangers and people in general (a lot like me), I believe it’s taken him just as much time to warm to our family as we have to him. I also believe he truly has been auditioning most of the street for possible new home contenders and this week we are only just winning by a whisker. 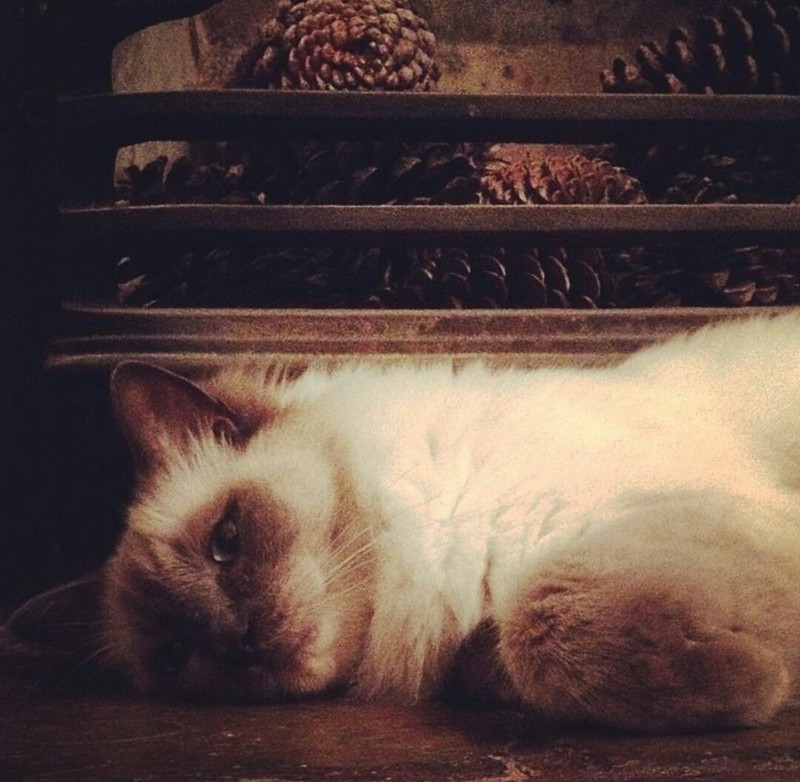 With the neighbour’s daughter now also moving on, push has come to shove and we really need to decide if we will officially adopt Pepsi. Up until now, the ball has been very much in Pepsi’s court as he comes and goes. Although mind you, he pretty much turned into a (rare for him) house cat the entire three weeks Mr C was out at sea. Something I found rather comforting.

The last week or so, Pepsi has also invited his brother (Jak) over for an evening snack. After consulting our neighbour, it would seem Jak was placed on a diet about the same time he started visiting us.

The brothers tend to wait till lights out and then who knows what they’ve been getting up to after they finish off the food left out for Pepsi. My daughters have had a whole lot of fun trying to bust them in the middle of the night…..

The first night I found Jak under foot by accident, it scared the life out of me. Jak is much larger and darker in colour than Pepsi and his meows are more like a cry than the demanding tones that we’ve become accustomed to with Pepsi.

Of course we joked and worried that they might actually invite other cat friends over and we would arrive home to find a garden full of cats. If they ever work out social media and how to use the laptop, I’m guessing we really will be in trouble. 🙂

While we would love to claim Pepsi as our own, I do worry that he will miss his brother. I also would much prefer a dedicated inside cat, not one that goes casing the street for better options and might end up hit by a car.

So all my cat loving friends, how do you know what’s right for the cat in this instance? He does seem to spend most of his time with us at the moment and seems fairly contented. If he needs cat company when his brother moves, would introducing another cat into the mix help or hinder the situation and how do you go about choosing a second cat?

If you have a blog post worth casing this week or you are playing along for Wordless Wednesday (something I clearly struggle with), this is the place to link up. We are always looking for new blogs to case.

Are you a cat person? Should we officially adopt Pepsi?